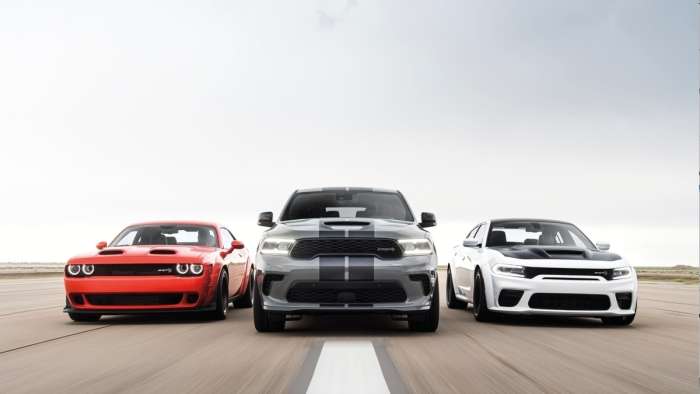 Here Are the Winners of the 25 Dodge Challengers and Chargers: Did You Make the List?

Dodge is announcing the list of the lucky fans who get to take home a Dodge Challenger or Charger SRT. It's all part of the automaker's Never Lift Operation 25//8 campaign.
Advertisement

It has been an exciting two months for car lovers as they hoped, prayed and competed to be considered one of Dodge’s ultimate fans. Dodge has been running a contest to give away 25 Dodge dream cars as part of its Never Lift campaign and Operation 25//8. Enthusiasts could choose if they wanted a Dodge Challenger, Charger or Durango SRT high-performance model.

Operation 25//8 stressed that it wanted fans that like Dodge always over-perform and over-deliver. The people they were looking for don't settle for the typical 24/7 dedication. Dodge enlisted 25 ambassadors and influencers from the automotive, fashion, music and media worlds to help with the give-away. To enter, fans had to write the influencers and tell them in 250 words or less why they deserved to win a Dodge dream car. The ambassadors posted about the competition and interacted with fans on social media.

Without further ado, here is the List of Winners:

Winners (with influencer names in parentheses):

“From San Diego to Staten Island, and cities all across the U.S., our Dodge enthusiasts came out in full force to tell us why they should take home a Dodge dream car,” said Tim Kuniskis, Dodge brand CEO. “We saw nearly 5,000,000 registrations over the course of the program. And for those who weren’t one of the lucky 25, you can take heart by knowing that our search for Chief Donut Maker continues through the end of February."

Operation 25//8 and the Never Lift Campaign

Operation 25//8 led the announcement of the brand’s Never Lift plan, which provides a 24-month road map to Dodge’s performance future, beginning November 2021. As Tim Kuniskis mentioned, the search for the Chief Donut Maker continues throughout February. For that contest, Dodge has created a one-of-a-kind position. According to Dodge, “The chief donut maker will be a Dodge ambassador, decked out in Dodge threads, driving a Dodge SRT Hellcat, rubbing shoulders with celebs at epic auto events, leveling up at Radford Racing School, while making a mouthwatering $150,000 paycheck – and they don’t even have to quit their day job.”

Fans can learn more about the chief donut maker position and also follow along on all of the brand’s announcements and milestones at www.dodgegarage.com.