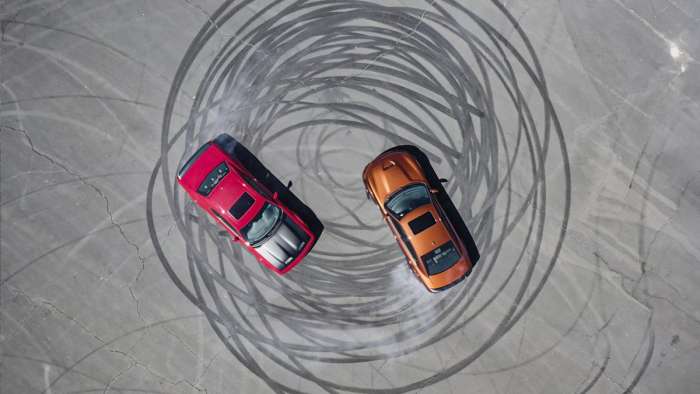 Dodge is searching for a huge fan to be a brand ambassador. The prize sounds like a dream come true. You get paid $150,000 and get to drive a Dodge Hellcat for a year.
Advertisement

Dodge told us months ago that this position was being created and now, we finally know how fans can apply for the chance to represent the high-horsepower brand as Chief Donut Maker. For anyone who doesn’t get the reference, Dodge says “When Dodge says donuts, think celebratory car maneuvers, not glazed crullers.” The competition will be fierce, and we will find out who wins this spring. One lucky person will be awarded the chance to drive a Dodge Challenger or Charger SRT Hellcat for a year and a whopping salary of $150,000.

“The Dodge Brothers were never content to follow the trends, they were the seekers of a better, faster, more outrageous way of doing things,” said Dodge CEO Tim Kuniskis. “We’re looking to hire someone just like them as our chief donut maker, someone who will embody their crazy can-do America-muscle spirit and carry the torch of the single most engaged group of enthusiasts the automotive industry has to offer. And what better way to find them than creating this once-in-a-lifetime opportunity to drive the No.1 muscle car in America.”

The job carries incredible perks. The winner gets the car for a year, the $150,000 salary and also the chance to represent Dodge at fun automotive events and places. The winner gets to go to Dodge’s Radford Racing School and check out the horsepower at Roadkill Nights in a Detroit suburb in August, all while wearing a wardrobe of Dodge swag.

How to Apply for Chief Donut Maker

This is where Dodge fans get to express their passion and creativity. All applicants must submit a short video showing why they deserve the position. Dodge will narrow down the competition to the top ten finalists and then the real tests begin. Champion wrestler Bill Goldberg will oversee a competition between the top 10 finalists that will put their talents to the test. Contestants will be thrown into wild, hot-seat scenarios, including racing a Dodge horsepower heavyweight (with a professional driver on a closed track). There will be a series of elimination rounds, ultimately whittling the candidates down to the final two. This series of eliminations will then be aired like a reality TV show with the final episode revealing Dodge’s new chief donut maker this spring. Dodge does not say where these contest segments will air.

Dodge is taking applications as of today, January 20, 2022, with a deadline of February 28, 2022. Applicants will need to show, in a short video (maximum length of two minutes), that they embody the spirit of the founding Dodge Brothers. Aspiring donut makers can go to www.DodgeGarage.com/chief-donut-maker to apply and to view all the rules and regulations.

The Dodge Challenger closed 2021 as the No. 1 muscle car in total sales in the U.S., giving the brand its first ever crown in the segment. The Chief Donut Maker search was announced as part of Dodge’s two-year Never Lift Campaign. A separate contest called Operation 25//8 is awarding 25 lucky fans a Dodge SRT vehicle of their choice. Dodge says it will announce by January 31 the 25 winners of Operation 25//8.