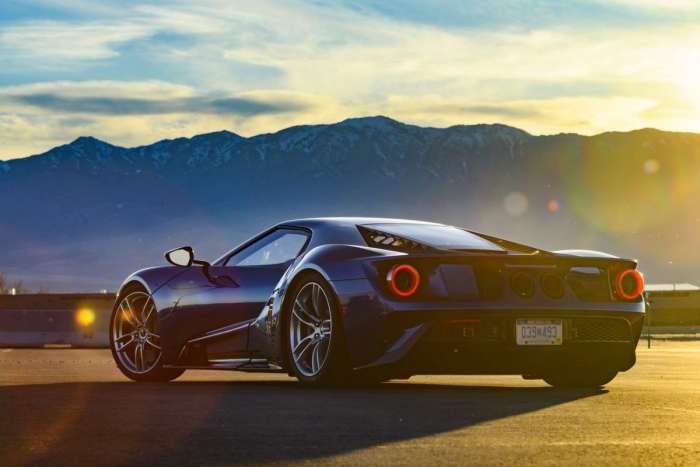 They are some of the fastest and most beautiful supercars ever built. Ford is now recalling some 2017-2018 GTs because they could start on fire.
Advertisement

Ford is recalling some of its handmade 2017-18 Ford GT vehicles because a potential hydraulic fluid leak could trigger a fire. The vehicles are incredibly beautiful and known for their speed and handling.

Technically, Ford is calling back 194 of the GTs, which are being built by Canadian race car manufacturer Multimatic.

Hydraulic fluid could leak from the valve block assembly located under the rear wing. If the fluid leaks onto the nearby exhaust, it could start a fire.

Ford says it is aware of one fire that happened in Germany, but no one was injured. Ford says is not aware of any accidents or injuries as a result of this problem.

Ford says that the affected vehicles include 2017-18 Ford GT vehicles built Dec. 20, 2016 through July 31, 2018.
There are approximately 194 vehicles in North America relating to this concern, with 176 in the United States and 18 in Canada. The Ford reference number for this recall is 18S29.

The Ford GTs are in high demand because there are so few of the supercars. Ford announced that it would sell 250 of the $450,000 vehicles in 2017 and 2018 model years. Would-be buyers had to fill out applications and agree to not only drive the cars but display them every now and again. Ford also required buyers to keep the supercars for a certain amount of time before selling them. The demand was so high that the company added a third year of production (2019) for people on the wait list who qualified but weren’t originally chosen. They also added a production run for 2020 for potential buyers who were originally rejected or new applicants. In all, fewer than 1000 of the 650 horsepower models are expected to be built.

The GTs have been in the news because pro-wrestler John Cena got caught selling his because of money troubles. Ford sued him for violating his purchase agreement and the two sides settled the lawsuit.

The Ford GTs have also had great luck on the racing circuit and Multimatic Motorsports also made news when it hired former Ford North America president Raj Nair after he was forced to leave Ford because of “inappropriate behavior”.

Why the GT Uses Hydraulics

Ford has said that it will use the carbon fiber supercar as a lab to test new technology, including new uses for hydraulics.

According to Ford, “That includes GT’s hydraulic suspension, which changes ride height with a turn of the knob, which adjusts drive modes. The suspension lowers the supercar from normal mode into track mode – a 50 millimeter or nearly 2-inch difference the driver can see and feel. Track mode raises the wing and closes the front splitter ducts for optimal downforce for spirited, closed-course driving.

Another feature of the hydraulic suspension – front-lift mode – helps GT clear speedbumps and driveways. The driver can raise the front of the car on demand at speeds below 25 mph. The system automatically returns to normal lower ride height when it reaches 25 mph.”

How Ford Will Fix the Problem

Dealers will perform a software update to the fully integrated vehicle controller, which eliminates the possibility of excessive pressure in the valve block assembly. Some vehicles will have a rear wing hydraulic check valve installed and will have o-rings and filter replaced, if needed.

You can find more information on the recall at the NHTSA site.