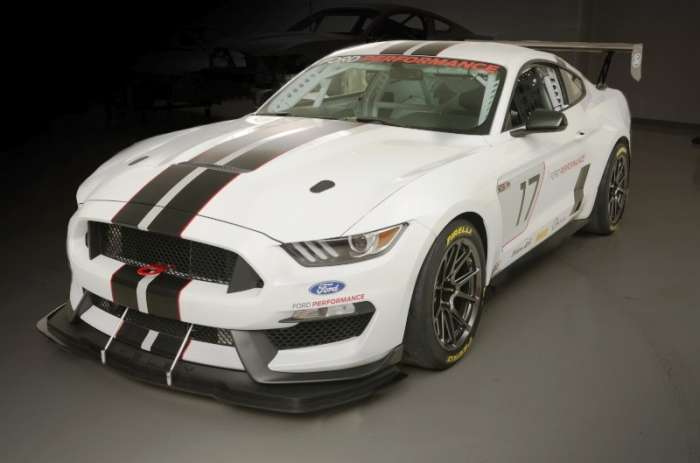 Ford Performance just unveiled a Shelby for everyone who truly wants to race their pony car, the only hitch is that you can only race it. The Shelby FP350S isn’t street legal.
Advertisement

Dave Pericak, the head of Ford Performance says, “Our goal has always been to provide those who want to race with equipment that enables them to compete and win. Shelby FP350S is our latest example.”

Ford Performance is making sure that this car is ready to race, with a complete track package, right down to the six-point FIA-compliant roll cage, and quick-release steering wheel.

According to Ford Performance, the Shelby FP350S is designed to compete in “road racing sprint events in classes including, but not limited to, Trans Am (TA3 and TA4), NASA and SCCA club racing (T1 and T2) -- is the latest offering from Ford Performance in a long line of turn-key race cars that include the FR500C, BOSS 302R and 302S, and most recently, the IMSA Continental Tire SportsCar Challenge championship-winning Ford Shelby GT350R-C and GT4, unveiled at SEMA this year.”

Ford, Chevrolet and Dodge have been selling high-horsepower vehicles in recent years, for use in racing events. Typically, the vehicles are street-legal as well! Few racers can afford to invest a bundle in a car that can’t be driven outside of the competition, unless they have backers and sponsors. This new package would put most racers way ahead of the typical pack.

The 5.2-liter four-valve-per-cylinder V8 engine prepared by Ford Performance Parts will apparently generate more than 8000 RPMs. Like most Shelbys it will have special electric steering calibrations, and heavier-duty, ultra-high-performance brakes. Shelby will also offer a carbon-fiber wing, special graphics and special wheel packages. I’m sure no one will mistake this rocket for a regular Mustang.

Chevrolet has revved up some of its Camaro packages to guarantee that the vehicles are track ready and capable for owners who want to race. Similarly, Dodge has made sure that some of its Charger and Challenger models are ready to compete.

The new Shelby FP350S can be ordered through Ford dealers. No word yet on when they will be available or how much they will cost. Also, no indication of what the owner would have do to make the track car street legal.