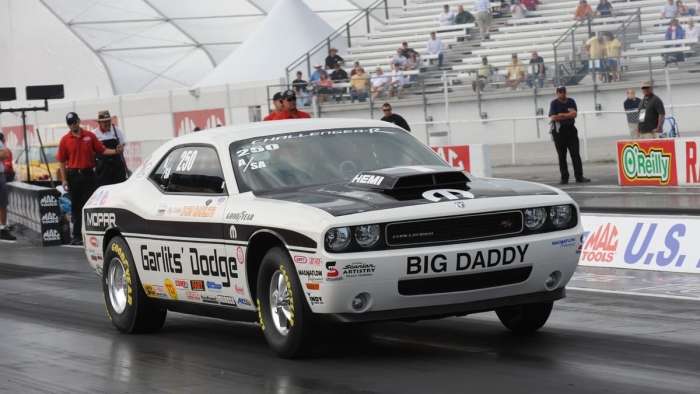 Dodge is celebrating one of the most iconic engines ever to grace an automobile! How much do you love the HEMI?
Advertisement

Although many of today’s engines are more powerful, the HEMI that really cemented the engine’s iconic status was the second generation, that was produced from 1964-1971. The 426 displaced 426 cubic inches, which explains the name. The HEMI 426 was called the “elephant engine” at the time because of its huge size and power. It was physically the largest racing engine at the time and it is the first engine that Chrysler trademarked as HEMI supposedly because of its hemispherical head design.

Dodge took to its social media accounts this weekend asking enthusiasts to post their photos and comments about all things HEMI under the hashtag #HEMI426. Dodge estimates that it has more than 11 million fans and enthusiasts. One Dodge post noted that “HEMI®-powered Dodge Challengers have been winning on dragstrips for more than 50 years. “Big Daddy” Don Garlits’ dominance in professional drag racing took the HEMI power plant to new levels of visibility and fandom as his dragsters were the first to officially surpass 170, 180, 200, 240, 250, 260 and 270 mph. #HEMI426”

Dodge has since found ways to produce even more power out of new versions of the HEMI 426 and has produced other engines that kick out much more power overall. The 2020 Dodge Charger SRT Hellcat is the most powerful and fastest mass-produced sedan in the world. The 2020 Dodge Challenger SRT Hellcat Redeye with 797-horsepower pretty much owns whatever road it drives on. The legend, however, started with the HEMI 426.

Dodge launched #TheMuscleBehindUs social media campaign to recognize the essential workers. Dodge is encouraging fans to submit stories and photos of the heroes who work on the frontlines using the #TheMuscleBehindUs hashtag. Dodge has already produced two videos, one is called “Strength” and the other is called “Horsepower”. The videos feature essential workers like paramedics, firefighters, doctors, nurses, police, grocery workers and truckers.

Dodge will select the most compelling stories and photos to create new videos. The stories and videos will run on all of the Dodge media channels including, Instagram, Twitter, Facebook and YouTube. They are also being featured on the DodgeGarage.com. Nearly everyone knows someone who is considered an essential worker and bravely risking their own health to continue working. Dodge wants to hear those stories.

"Dodge wants to honor those on the frontlines of this crisis who are working fearlessly everyday to protect our communities and the people who live in them," said Tim Kuniskis, Global Head of Alfa Romeo and Head of Passenger Cars – Dodge, SRT, Chrysler and FIAT, FCA – North America. “We’re calling upon the Brotherhood of Muscle to tell us the stories of the heroes in their lives who are performing extraordinary work, day in and day out, during this pandemic, and we’ll share the most compelling stories and honor these brave individuals across our social media channels, including a page dedicated to them on DodgeGarage.com."

Tesla-Funded Research Reveals One of The Biggest Mysteries of EV Battery
Tesla Tesla Buyer Nets a Whopping $12,000 Discount After Asking for Reduction
END_OF_DOCUMENT_TOKEN_TO_BE_REPLACED