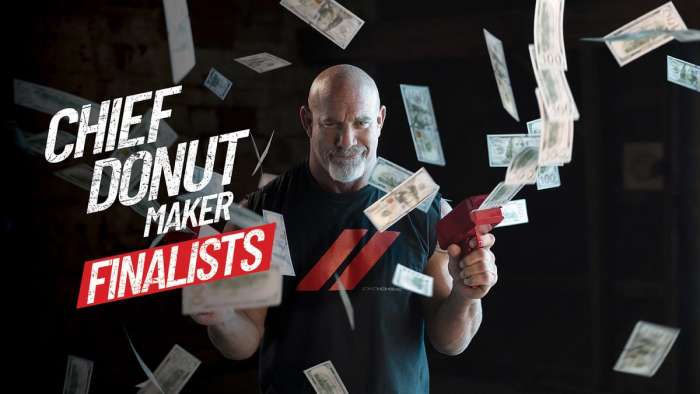 Dodge is giving one lucky person the opportunity to represent the brand and drive a 2022 Dodge Challenger SRT for a year! Not only that, the lucky person will get paid for it.
Advertisement

Dodge has named the Top 10 Finalists for the position of ‘Chief Donut Maker’. The lucky person who wins will have one of the best jobs ever. He or she will represent the brand and get the use of a 2022 Dodge Challenger or Charger SRT Hellcat for a year. Not only will the ambassador attend all sorts of great events, but they will get paid $150,000 to do it.

Without further ado, here are the finalists:

I know that was fast. You can get the names and the bios of the finalists at www.DodgeGarage.com/chief-donut-maker

Applicants were asked to show, in a short video (maximum length of two minutes), that they embody the spirit of the founding Dodge Brothers. The applicants, along with footage from their video submissions, can be found at DodgeGarage.com.

“With over 173,500 applications to review, it wasn’t easy, but we’ve selected our top 10 candidates for the Dodge brand’s chief donut maker position,” said Dodge CEO Tim Kuniskis. “Now the rubber will literally hit the road, as we take our finalists to Radford Racing School to begin the four-week competition that will ultimately determine our final two candidates, with our chief donut maker to be named on HEMI® Day, April 26.”

The Chief Donut Maker Contest Gets Even More Competitive

Now is when the real contest begins! The ten finalists will now compete for the chief donut maker title through a series of elimination rounds, ultimately cutting the candidates down to the final two. Dodge is teaming up with champion wrestler Bill Goldberg to oversee the next competitions. Those contests will take place in Arizona. The 10 candidates to travel to Arizona’s Radford Racing School to begin next stage of competition. The finalists will be thrown into wild, hot-seat scenarios, including racing a Dodge horsepower heavyweight (with a professional driver on a closed track). The number of contestants will be narrowed to five and finally down to the top two.

Dodge is turning the competition into a reality show of sorts. They are filming the challenges and creating webisodes that will run on Dodge’s social media channels. The finale webisodes documenting the eliminations will air on the Dodge brand’s social media channels. We will all find out who the Chief Donut Maker will be when the final episode airs on April 26, 2022, which is HEMI Day.

The chief donut maker search was announced in January, as part of the brand's Never Lift plan, which provides a 24-month road map to Dodge's performance future. The competition has been incredibly popular. Dodge has received more than 173,500 applications. Videos have been viewed over 14 million times and there have been 576,000 social media interactions. Clearly, nearly 200,000 people would love to be a Dodge ambassador, decked out in Dodge gear, driving a Dodge Challenger or Charger SRT Hellcat, meeting celebrities and racing professionals at epic auto events while making a $150,000 paycheck. It does sound like the best job, ever! As part of this Never Lift plan, Dodge also gave away 25 muscle cars like SRT Challenger and Chargers. The brand also announced special dealerships called Dodge Power Brokers and announced a specialty performance parts line called Direct Connection Performance Parts.

Don’t forget the chief donut maker position will be officially announced on April 26, which Dodge fans celebrate as HEMI Day.