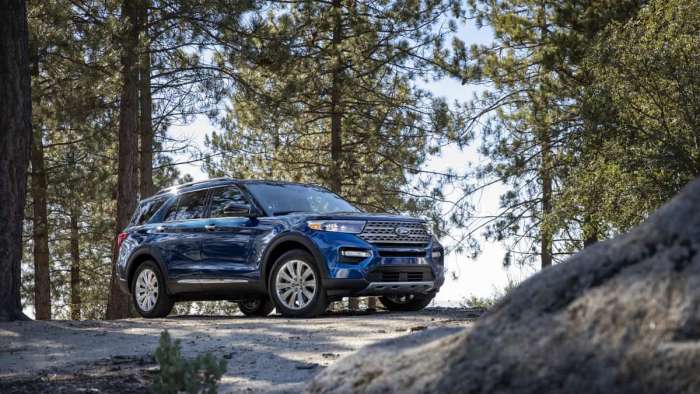 The list of 12 semifinalists is out for North American Utility of the Year. This year the competition will be a difficult one, with strong contenders from Kia, Subaru, Lincoln and Cadillac.
Advertisement

Ford has really upgraded its all-new 2020 Ford Explorer. The automaker has boosted the horsepower, improved the fuel economy and streamlined the family hauler that has been a staple in the SUV segment for thirty years. In most years, the redesigned vehicle would be a shoo-in for 2020 North American Utility of the Year but this year, there are a dozen strong candidates.

The 2020 Ford Explorer is facing strong competition from its own company. The redesigned 2020 Ford Escape is also competing for the same award. Similarly, the all-new models of the same size from Lincoln are also in the running. It will be hard for the journalists to decide if either the sleek new Lincoln Aviator or the Lincoln Corsair can outdo the Ford Explorer or the Ford Escape.

General Motors' Contenders for North American Utility of the Year

There is also stiff competition from Ford’s crosstown rivals at General Motors. Cadillac is being considered for its all-new 2020 XT6 crossover. The new XT6 is truly a new size and shape for Cadillac. This new crossover is smaller than the Cadillac Escalade, but has plenty of room for the growing family. The 2020 Chevrolet Blazer, which is an all-new shape for Chevy is also a competitor in this year’s race.

It will be an unusual year for the 2020 North American Car, Utility and Truck of the Year awards. Typically, the awards are given out at the start of the North American International Auto Show, in January, in Detroit. In 2020, NAIAS is moving to June. The Automotive Press Association says the NACTOY awards will be given out early next year, but so far isn’t saying when.

The NACTOY awards are different because they aren’t given by a publication or website. They are voted on by a group of fifty automotive journalists from the US and Canada. The awards are intended to recognize the most outstanding new vehicles of the year. According to the NACTOY website “These vehicles are benchmarks in their segments based on factors including innovation, design, safety, handling, driver satisfaction and value for the dollar.” Finalists in the three categories will be announced in November at the Los Angeles Auto Show.