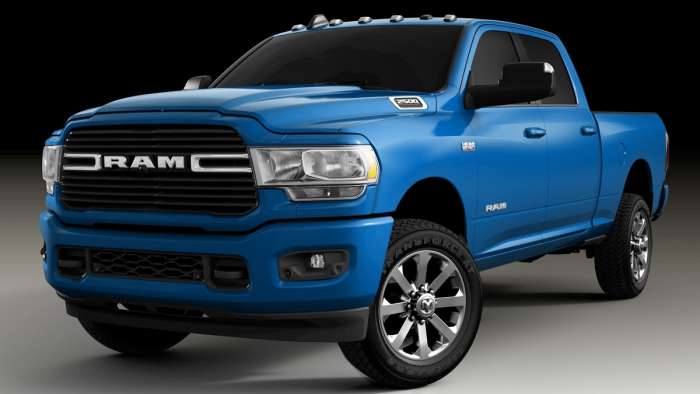 The semi-finalists for the 2020 North American Car and Truck of the Year are announced and three Heavy Duty trucks are duking it out.
Advertisement

The battle for North American Truck of the Year may turn out to be a boxing match with heavyweights from the Detroit Three engaged in an epic battle. The 2020 Ram Heavy Duty is sparring against the 2020 Chevrolet Silverado Heavy Duty and the 2020 GMC Sierra Heavy Duty. There are also two much smaller trucks entering the ring. The all-new 2020 Jeep Gladiator and the 2020 Ford Ranger are also up for the top truck prize.

It should be an interesting showdown in the truck division because the two General Motors contenders are so closely related. The Chevy Silverado Heavy Duty and the GMC Sierra Heavy Duty contain many of the same features. However, the GMC Sierra Heavy Duty has the advantage of having the exclusive MultiPro tailgate. The tailgate has six different functions and positions for easier loading, load-stop solutions and easier access to items in the truck bed.

So far, the 2020 Jeep Gladiator has been a media darling. Everyone was anxious to see the mid-size pickup hit dealer lots and sales have been brisk. Ford fans were begging for the mid-size Ranger to make its return. Sales for the Ranger started off fairly slowly and have been increasing monthly. The Ranger Raptor is expected to be a big hit.

It will be an unusual year for the 2020 North American Car and Truck of the Year awards. Typically, the awards are given out at the start of the North American International Auto Show, in January, in Detroit. In 2020, NAIAS is moving to June. The Automotive Press Association says the NACTOY awards will be given out early next year, but so far isn’t saying when.

The NACTOY awards are different because they aren’t given by a publication or website. They are voted on by a group of fifty automotive journalists from the US and Canada. The awards are intended to recognize the most outstanding new vehicles of the year. According to the NACTOY website “These vehicles are benchmarks in their segments based on factors including innovation, design, safety, handling, driver satisfaction and value for the dollar.” Finalists in the three categories will be announced in November at the Los Angeles Auto Show.