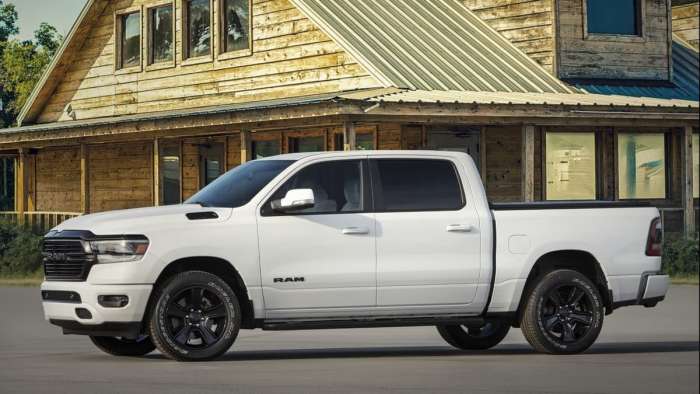 The Ram 1500 is the most awarded truck in history, but its latest honor is monumental in the automotive industry.
Advertisement

“This recognition validates our unrelenting efforts to deliver more value for our customers,” says Reid Bigland, Head of Ram Brand. “The new Ram 1500 has earned many accolades for its capability and design. It is immensely satisfying to have the IIHS recognize our truck for its compelling safety story.” In fact, take a look at my June 2019 story in which I discussed the safety features that Torque News expected to see on the 2020 Ram 1500 EcoDiesel.

Ram credits its splayed front frame-rails for its performance in the simulated crash tests. The splayed rails allow the truck’s frame to better handle the energy from a crash. 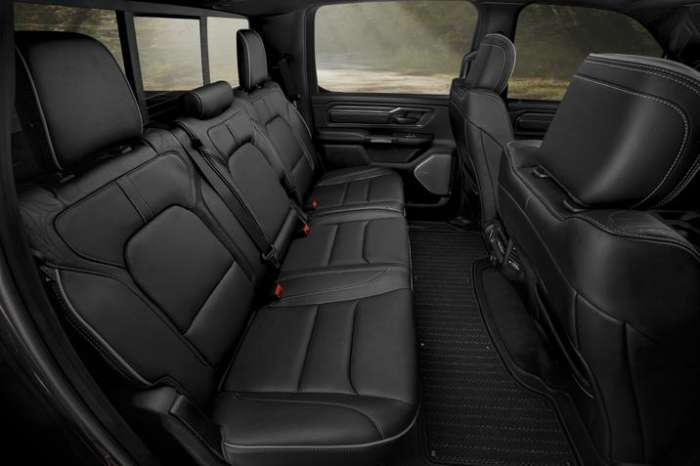 According to Ram, the 2020 Ram 1500 received “good” results in each of the three frontal crash tests. Good is considered the highest possible rating. The 2020 Ram 1500 did equally well in the side impact, rear impact and rollover simulated tests.

The 2020 Ram 1500’s Forward Collision Mitigation System earned a “superior” rating from the IIHS. Ram uses an Integrated Radar Camera Module positioned behind the rearview mirror to monitor the distances in front of the vehicle to help avoid accidents. The optional feature blends camera views with radar detection to determine if an impact is imminent. The system first warns the driver to avoid an accident, if the driver doesn’t respond, the system may activate the brakes to slow or stop the truck.

The 2020 Ram 1500’s new adaptive LED projector headlights with high-beam assist also played a big role in the truck’s safety award. Ram started installing the new headlights in May of 2019 and they received the IIHS highest rating of “good”. Vehicles must receive a “good” headlight rating to be considered for the Top Safety Pick+.

The new safety rating may help sway buyers who are deciding between the major truck brands. The Ram 1500 has already won a number of awards including Motor Trend Truck of the Year, and Wards 10 Best Engines. It also received awards for Best Interiors as well as a number of Regional Awards. Speaking of best engines, here are 3 reasons why Ram is expected to lead in the diesel segment.

Watch the 2020 Ram Heavy Duty's new tech that will make towing safer and click to subscribe to Torque News for daily Ram and automotive news analysis.