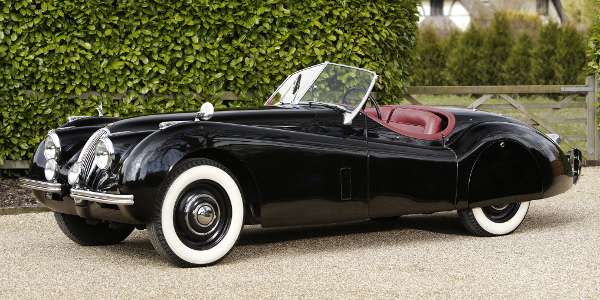 We have already looked at the 10 fastest Jaguars ever built, but what about a comparison to the vintage and iconic Jaguars of the past. Will you be surprised at the results?
Advertisement

We have already looked at the 10 fastest Jaguars ever built, but what about a comparison to the vintage and iconic Jaguars of the past. Will you be surprised at the results?

Most every automotive article and news report today talks about how fast the cars are or the amount of horsepower they have. There has even been some talk about changing the standard from zero to 60 mph to something more like a zero to 100 mph mark. The times are so quick and the number and variety of cars that can now run zero to 60 mph down under 5 seconds is so large, I am beginning to think that’s not such a bad idea. Clocking the cars to 100 mph might give a better indication of real world acceleration instead of just a quick burst to 60 mph.

In my “Fast Cats” article I covered the list of more recent Jaguars. I had a few comments asking to compare the list to some of the classic or iconic Jaguars of years past, so I decided to do the research and provide that list for your enjoyment. If you remember, the 2014 F-Type R Coupe topped the list with a zero to 60 mph time of 3.5 seconds and the 2015 XFR-S was a close 2nd with a time of 3.7 seconds. Now let’s see how a few of the vintage Jaguars from different decades matched up against the new cats on the block. I decided to sort this list by the year of the vehicles:

*the times were gathered from www.0-60times.com

I’m sure I may have left off a few iconic cars, but I wanted to give you a broad picture of just how fast some of the older vintage Jaguars could run. For instance the 1956 Jaguar D-Type listed was actually considered a sport racing car with an innovative design and featured lightweight aluminum construction from the aviation world. The D-Type pulled the hat trick by winning the 1955, 1956, and 1957 24-Hour Le Mans race. These cars were built on a very limited production and most were and still are raced today.

Now if we fast forward to the Jaguars being built today, some of the current technology and designs are still derived from the aerospace world. The race-inspired suspension and engine components continue to keep Jaguar at the leading edge of the automotive world and will also keep them among the top performers on and off the track.