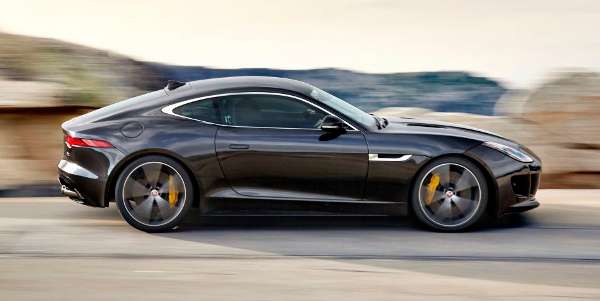 The Jaguar F-Type was born to win!

How many more awards will the F-Type win before you take a test drive for yourself and find out what all the hype is about? Jaguar keeps on raking in the awards for the F-Type.
Advertisement

Every once in a while an automaker just gets it right and when the British car company known as Jaguar decided it was time to unleash the all-new F-Type they knew what they were doing. The media hype was not just a bunch of smoke and mirrors, the F-Type has delivered and its winning the awards to back it up.

The 2015 F-Type from Jaguar has been honored with the “2015 Most Popular” and “2015 Most Popular Premium Sports Car” Awards by Edmunds.com. As I have reported, the F-Type sports car has been a huge part of Jaguar getting its groove back and winning the hearts of new consumers as well as the loyal fans. The F-Type has the passion and soul like the iconic E-Type did and the enthusiasts have fallen in love again with a two door sports car from Jaguar. It’s able to stir the senses by just looking at it…Underneath the skin it has a heart that’s pounding thanks to the supercharged 5.0-liter V8 and its rhythm beats to the tune of 550 horsepower!

Face it, the F-Type has so much going for it; light weight (starting at 3,477 lbs.), massive power, lightening quick handling, superb aerodynamics, and don’t forget the sophisticated luxury that Jaguar is famous for. How can you loose with that winning combination? The current ad slogans invite you to get behind the wheel of a car that’s Alive as you are.

AM-online.com (Automotive Management) has also just awarded the Jaguar F-Type Coupe as “New Car of the Year”. They said “It offers great value when compared with German rivals”. “The F-Type Coupe is a clear sign that Jaguar is back and prepared to take on the market-leading premium brands”.

In case you think the F-Type has run out of magic and has racked up all the awards it’s going to win, hold on to your hats. As soon as the SVR or “Super” F-Type hits the streets, Jaguar will change the game again. The earth shaking power and ground pounding performance levels will be off the charts and it may just leave the Germans scratching their heads as to how Jaguar can achieve that much at such a value price.

Stay tuned to Torque News for the latest news and details on the Jaguar F-Type.