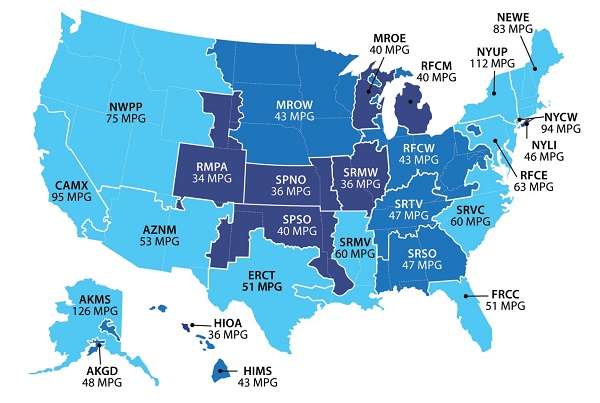 Op-ed: It is time to stop debating whether electric cars are cleaner than gasoline

Another mainstream media outlet, in this case USA Today, has put its name and influence behind an inaccurate and misleading assessment disputing the environmental benefits of electric cars.
Advertisement

I grow weary of this contrived debate. Electric vehicle supporters and those well-versed in the dangers of climate change, armed with common sense and heaps of peer-reviewed research studies, have for years been tirelessly promoting the carbon-reduction benefits of driving on electricity rather than gasoline.

Unfortunately, their biggest opposition is all too often the mainstream media, as the occasional poorly-researched or downright biased story can have an enormous impact on public perception of the “debate” that is not really a debate at all.

The latest misleader is USA Today, specifically a recent opinion piece written by Bjorn Lomborg titled “Electric Car Benefits? Just Myths.” In the article, Lomborg states that electric cars have minimal greenhouse gas reduction benefits over conventional vehicles, citing unfavorable comparisons between a Nissan LEAF and a diesel Mercedes CDI A160 as well as a Tesla Model S and Audi A7.

As our friends over at the Union of Concerned Scientists point out, Lomborg cherry-picks data and uses highly questionable assumptions and false information to manufacture his point. A good example: he suggests that a typical Nissan LEAF, often used as a “second car” because it is incapable of long trips, may be driven only 50,000 miles in its lifetime. His unexplained more generous estimate, used for the aforementioned comparison, is 90,000 miles. I hardly need to point out that this is bad journalism.

The Union of Concerned Scientists has a rather fantastic graphic, shown above, that breaks down the emissions-equivalent “fuel economy” of electric vehicles by region of the United States. The disparities emerge from the varying cleanliness of electrical grids in different areas of the country, but it is clear that electric vehicles are a vast improvement over the average gas-powered car.

In fact, over 60% of Americans – including all of California, the electric car hotbed, where driving an electric car is like achieving the carbon emissions equivalent of nearly 100 miles per gallon in a conventional car – live in regions where driving an EV is more environmentally friendly than a Prius, by far the most efficient gasoline car on the mass market.

Put a different way, I published my own analysis for Torque News some time ago. You can find the full article here. Assuming the U.S. national average electricity mix - which in 2013 was about 39% coal and 27.5% natural gas with the remaining percentage coming from nuclear and renewables - a Nissan LEAF will emit 56% less carbon dioxide over its operational life than a Toyota Corolla, one of the best-selling and most fuel-efficient compact cars on the road. A Tesla Model S will best a BMW 528i by 48%.

Of course, the numbers change depending on the comparison cars and the cleanliness of the grid in question. That is where the Union of Concerned Scientists graphic comes in quite handy.

Now of course, as Mr. Lomborg and those of his ilk are quick to point out, these numbers do not take into account manufacturing emissions, specifically those related to battery production. Admittedly, electric vehicles are more carbon-intensive to produce due to their large battery packs. However, manufacturing emissions make up merely a fraction of the lifetime emissions of any car. Tesla, for example, claims that its increased carbon footprint in production is offset within just 10,000 miles of driving.

It seems to me that Lomborg’s biggest problem with electric cars is the subsidies they are currently eligible for. He gripes that we are spending too much money encouraging EV adoption with a $7,500 federal tax credit – money that the writer thinks would be better spent “making coal-fired power cleaner.”

To that point, if the EPA’s proposed greenhouse gas restrictions on power plants are allowed to take effect, we can just sit back and wait for the age of coal to slowly fade away. Coal’s share of electricity generation in the U.S. has fallen from 52% in 2000 to below 40%, and will not reverse the trend. The EPA estimates that coal’s share in 2030 will be down to just 30%. The result of this decline in coal power coupled with the rise of distributed solar? Electric cars get even cleaner. Imagine that.

Len Wilcox wrote on March 4, 2015 - 6:41am Permalink
The analysis also does not take into account what I suspect is a higher probability that the household that owns the LEAF Is solar powered, like mine, or who opt for cleaner generation from their energy supplier. The only dirty energy that ever went in my car was when the dealer delivered it to me after purchase.
Carl wrote on March 4, 2015 - 1:50pm Permalink
Also keep in mind the benefits in buying a car where the pollution on the ground from the miners getting the elements needed to make the car aren't in this country. That way China keeps all that pollution over there, and the U.S. can just ... be green. And I wouldn't use Tesla as a good example, since it's not like the customer that can afford a Nissan Leaf typically has the same bankroll as a Tesla customer. I've a better idea - how about we let the market decide? After all, as has been historically shown, the electric car is the next best thing - and always will be... (At least until Doc Brown comes back with his Mr. Fusion, anyway - now THAT'S an electric car we could use.)
mike w wrote on March 4, 2015 - 7:04pm Permalink
Great article Luke. As other commenters have pointed out "Roof Top" solar would have a big impact on the CO2 signature of an EV. I'm thinking BMW's i3 is made in a plant powered by wind so again there is plenty of ERROR in the EV detractors arguments. Thanks for the map its great.
Charlotte Omoto wrote on March 17, 2015 - 6:41pm Permalink
Like Len above, I recently installed solar power. I read that EV owners tend to install solar.
Mark St John wrote on March 22, 2015 - 10:58am Permalink
I have driven my Leaf 27,000 miles in the last 26 months and my Kia van 3,000 miles during that time period. I think that is more typical than the article assumed.