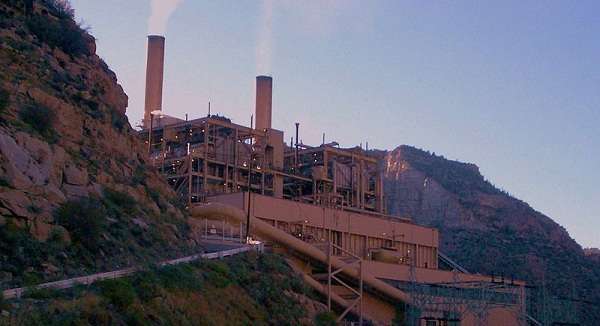 The power plant regulations announced Monday by the Environmental Protection Agency will affect carbon emissions of the electricity grid as well as electricity prices, two things electric vehicle owners and potential owners should be very interested in. But the near-term effect is minimal.
Advertisement

The EPA says the reduction will be the equivalent of taking two-thirds of all cars and trucks in America off the road.

Not surprisingly, many are up in arms about the new rule. However, we will first point out that it is not an executive order but is legally required under the Clean Air Act based on a 2007 Supreme Court decision. In addition, 70% of Americans back federal carbon limits on existing power plants, according to a Washington Post–ABC News poll, and 63% would be willing to pay $20 per month to do so.

How will it affect your electricity bill?

If you live in a house that uses electricity from the grid, you have reason to be concerned about how the proposed regulation will affect your electricity bill. And if you drive or are thinking of driving an electric vehicle, you probably should be thinking about how the rule will affect how much more it will cost to fuel your car. The short answer: nobody knows.

The long answer: it is hard to project just how the law will affect electricity prices. Market forces will have a greater impact on electricity prices than the new regulations, according to Robert Ethier, vice president of market development for the New England Independent System Operator. And since states are given flexibility in how they meet the target, the policy choices individual states make will shape electricity prices in the years to come.

Regional variation will certainly play a large role, although the EPA was somewhat considerate of coal-heavy states: 19 of the 50 get more than half of their electricity from coal, but the regulations are more lenient for those states. Each state will have its own target, as some will have to achieve more than 30% reduction and some less.

Dallas Burtraw, researcher for environmental policy nonprofit Resources for the Future, says that electricity rates will increase the most in coal-heavy areas. However, states that rely the most on coal for their electricity already have the lowest rates in the country as a result of their cheap power source.

Another factor is that only about half of the states have regulated energy markets. In those states, utility companies are guaranteed a rate of return and are more likely to pass higher costs on to consumers.

How will it affect carbon emissions of electric vehicles?

Back in April we reported on the overall emissions of electric vehicles compared with conventional vehicles, and found that despite our fossil-fueled electricity grid EVs are far cleaner to operate. In theory, the new EPA regulations will enhance that advantage by phasing out some coal-fired generation in favor of cleaner forms of electricity.

However, we think that coal will represent an even smaller share of the electricity sector by 2030 as climate change intensifies and future regulations come down more harshly on the fossil fuel industries, but we will leave that for the future to decide.

If coal’s share does in fact reduce to 30% and the share of natural gas remains constant, by 2030 carbon emissions of electric vehicles will theoretically be reduced by nearly 18% if the lost capacity is replaced by wind and solar power. However, it is almost pointless to project that far into the future as we cannot predict what advancements in the clean energy and electric vehicle industry will have come about.

Minimal short-term impact, except in China and India

In the very near term, however, the rule will not have much effect at all as it won’t become final until June 2015, at which point states will be permitted to delay a year before submitting a compliance plan or apply for an extension.

And you can bet the intervening two years will be filled with needless and narrow-minded squabbling among politicians (which has already started in full force), with the most hostile responses coming from those of states that rely heavily on the coal industry.

The rule could actually have a far greater impact in China and India than it will here in the States. It will put international pressure on the two coal-belching emerging powers to follow suit with similar regulations. Considering the population size and relative dominance of coal in those two nations, limiting carbon emissions from their power plants by any amount will have a much greater impact than it will here.

With the electric car market in China poised for takeoff, any restrictions on carbon emissions in the country will significantly affect the emissions of electric vehicles there.

As EPA administrator Gina McCarthy said: “I don’t think the EPA has ever produced a rule that is going to be as significant.” She may be right, and although the regulations still fall short of what is necessary to truly reform the energy industry, it is a big first step.

Electric vehicle owners may suffer somewhat higher electricity prices, but we’re willing to bet gasoline prices will increase at a higher rate over the same time period. The reduction in carbon emissions will surely be worth the price.