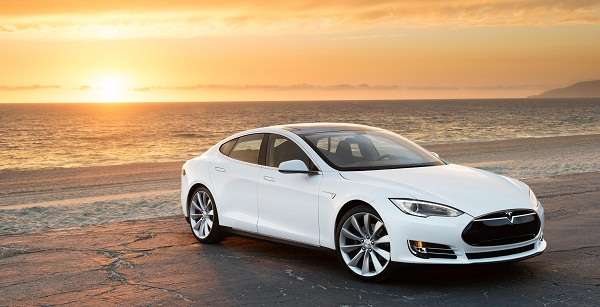 Earlier this month, New Jersey joined Arizona on the short list of states prohibiting Tesla from selling its vehicles within state borders. However, proposed legislation is making the rounds in both states to make a legal exception for the all-electric automaker.
Advertisement

As previously discussed in Torque News, Tesla’s direct sales model has caused quite a bit of controversy of late. It is currently prohibited from selling vehicles in Arizona and Texas, and will be similarly banned in New Jersey effective April 1. On the bright side for Tesla fans, bills have been proposed in both Arizona and New Jersey to allow Tesla to resume normal operations within state borders.

In Arizona, House Bill 2323 was quickly amended to include a provision allowing all-electric automakers to sell their vehicles directly in Arizona as long as they operate a service center in the state, which Tesla plans to do. The bill passed and is headed to the full state Senate, where it appears likely to receive the support it needs to become law. It is certainly worth noting here that the state has motivation to please Tesla as they vie for the right to host the Gigafactory, one of the greatest economic prizes in years.

As Inside EVs reported, New Jersey also may be regretting the controversial decision to banish the upstart automaker. A new bill drafted by state Assemblyman Tim Eustace would allow any all-electric automaker to sell directly in New Jersey, while state Senator Raymond Lesniak has introduced a similar amendment that would allow Tesla to go about its business as usual until electric vehicles reach a critical mass, which was suggested to be 4% of U.S. auto sales.

The proposed legislation in both of these states essentially offers exemptions for Tesla as an innovative startup with a unique business model and product, while preserving the status quo for traditional automakers. Obviously this is exactly what Tesla wants, although many will cry favoritism. As GM wrote in a letter to Ohio, why should Tesla not be forced to comply with the same laws as everyone else?

As I have noted before, I am of the opinion that Tesla should not be above the law but that the law applied to all automakers should reflect the changing times and the increase in electric vehicle volumes, which bring different needs in terms of sales and service. Failing broader legislative change, however, I do favor these proposed bills that will allow Tesla to operate freely. Simply put, their unique business model that Tesla sees as crucial to their success should not be restricted by outdated laws.

Parks McCants wrote on March 24, 2014 - 11:14pm Permalink
While I have no love for dealership networks, I find it a bit annoying that someone at Torque News is always going to bat for Tesla Motors. May I kindly remind you that the Tesla "S" is at this stage of the game reserved($) for the relatively wealthy. Build an affordable, financially attainable car for the working class and I'll gladly shed an indiscriminate tear for Tesla Motors. Until then, its simply business as usual.
Angie Brook wrote on March 25, 2014 - 4:57am Permalink
All new innovations are expensive at first. Development is costly and early sales volumes are low. The technology will soon filter down to the more affordable mass market. Pioneering manufacturers should be encouraged not penalised.