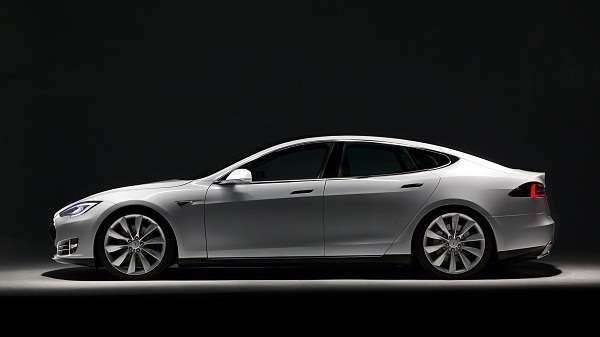 In war against dealers, no reinforcements for Tesla as battleground shifts to Ohio

You might think automakers with electric models, such as GM and Nissan, would be helping out Tesla in their endless legal and political battle with car dealers. But that hasn’t been the case.
Advertisement

Since Tesla lost its battle with the New Jersey Coalition of Automotive Retailers last week, the makers of the other two most prominent electric vehicles on the market, the Chevrolet Volt and Nissan Leaf, haven’t exactly jumped to Tesla’s defense. This is largely because both companies have a long history of working with auto dealers; it is a business model that has succeeded for decades, albeit to the displeasure of many consumers that have purchased a car from one of these dealers.

In fact, established OEMs likely wouldn’t part with their best dealers even if they could. Selling directly would mean great changes for these companies, and would require a great deal of time, effort, and money to sever ties with legally entrenched dealers and establish their own nationwide network similar to what Tesla has been doing with their showrooms and sales force.

OEMs would rather focus on their core competencies like design, engineering, and manufacturing, and leave sales and service to a middleman. It is easier for Tesla to sell directly because it was their business model from the start and they planned accordingly. Though automakers like GM and Nissan may wish they didn’t have to go through the dealers whose associations have become more powerful than they ever should have, the transition to selling directly to consumers would be difficult.

It is no secret that car dealers would prefer to sell conventional cars over electric models. They produce higher profits and more turnover, both of which are great for the bottom line of the dealers. They also offer greater opportunity for service down the road, which dealers derive much of their profits from. Green Car Reports in an excellent piece reports that "hundreds of cases have been reported of customers walking into a Nissan or Chevy dealer to buy a Leaf or Volt, then being aggressively steered toward a Sentra or Cruze." This is one of the main reasons Tesla has chosen to sell directly; they need to be able to control the actions of their employees whose purpose is to educate consumers on the benefits of going electric.

For that reason, it also might seem like GM and Nissan would want to establish separate dealers for their electric models, or sell them directly the way Tesla is attempting to. On the contrary: as Transport Evolved reported, GM actually struck a blow against Tesla in their latest battle with Ohio dealers. In that state, legislation has been introduced to prevent granting any new dealer licenses to Tesla. GM has submitted official written testimony opposing the upstart automaker’s license to sell vehicles directly, saying: “Tesla is an automobile manufacturer, they compete with our vehicles in the market. They should compete under the same laws we do.”

Don’t get me wrong, I don’t think Tesla should be an exception to the law. But GM is encouraging this legislation because they fear Tesla’s superior model for sales and service will give them an advantage. They feel threatened by the upstart’s attempt to change the outdated status quo, and have chosen to use their influence to hinder the progress of this threat through legislation.

Rather than allow Tesla to be the sole exception, the law should state that every automaker is free to sell their vehicles the best way they see fit. If every OEM chooses to sell directly, as dealers fear but which is unlikely, then those that fail to provide adequate sales, warranties, and service will suffer. Consumers do not need dealers for their protection. Unfortunately some states may not see it that way, which could be a serious problem for the domestic growth of Tesla.

What do you think of GM intervening in the Ohio debate? Should electric vehicles be sold separately from conventional vehicles? Leave comments below.

praveen wrote on March 19, 2014 - 4:52pm Permalink
Very good point. I was infact thinking on the same lines. The existing manufactures are trying to indirectly use this direct-sales restrictions to stop Tesla from growing. I hope sooner than later there will be measures taken (atleast in some states) to allow direct sales of electric vehicles by modifying the legislature. I think Arizona has done it today. When this happens the lawmakers should find a way to give the direct-sales license to only those manufactures who dont oppose the Direct-sales legislature.
Patrick Rall wrote on March 19, 2014 - 4:57pm Permalink
The people who drink too much of Elon's spiked lemonade insist that this is discrimination against Tesla or the EV movement - when in reality these are all laws that every other automaker doing business in the US has been following for years. If every other automaker in the US is required to follow a given set of rules regarding new car sales, why should Tesla be exempt from those laws? Total nonsense.
Aaron Turpen wrote on March 20, 2014 - 11:24am Permalink
Exactly. It's the laws that are bunk, not the fact that Tesla can't "go around them." If Tesla wants to win, they should make this about getting rid of bad law, not creating exemptions for Elon. That tactic might have worked with PayPal back in the day, gaining technical exemptions to skirt banking law, but it's not gonna fly this time. Too public.
billlilian wrote on March 21, 2014 - 11:54am Permalink
No. The laws are clear and provide protection for auto dealers and franchises. The laws are there to stop Ford/GM/Chrysler crushing the auto dealers. Tesla has NO dealers. So the laws don't apply in most states. There are no Tesla dealers to protect. So now the auto dealers are trying to force Tesla to sell through dealers. Lazy and corrupt politicians are helping this anti-free market effort. They have succeeded in Republican controlled States - Texas, Arizona, NJ. There's a big difference between being pro-business and pro free-market. We need politicians to stand up for the free market and let the market sort out what's the best way to attract auto buyers.
Aaron Turpen wrote on March 21, 2014 - 12:50pm Permalink
No, the JUSTIFICATION for the law was clear. Justifications for laws and actual laws (as written) and their effects are two separate things. If more people understood this, we'd be far better off.
Jeff Schwartz wrote on March 19, 2014 - 5:29pm Permalink
Tesla is doing everything right and it scares the hell out of Detroit and the dealers association. The laws should not apply since tesla is not trying to undercut their dealers (the whole point is that they don't have any dealers). This needs to end up in federal court as it is anti-competitive. Lead, follow or get out of the way. Tesla is going to lead and those who will follow are scared and it shows. Btw, look at the statistics. The public doesn't want to be told where they can buy their cars. The public sides with Tesla! Certainly the owners of Tesla's cars!
Aaron Turpen wrote on March 20, 2014 - 11:38pm Permalink
These laws (including those requiring Bar Association, Medical Association, Hairstylist Assoc, etc) are created for two (actual) reasons: to keep the good-ol-boys clubs in charge and to keep their racket in place. The fact is, Tesla's direct sales model DOES threaten these dealers because it undercuts their ability to become Tesla dealers. In their view, if Tesla wants to sell cars, they should follow the status quo paradigm of establishing independent, third-party dealers that then join the dealerships' club. Just as lawyers, doctors, hairstylists, etc. all have to join little clubs to be recognized in their professions. Unless you're against removing all of those protectionist clubs, you can't rightfully ask for an exemption just for your boy Elon. Personally, I'd like to see all those clubs tossed.
Aaron Turpen wrote on March 20, 2014 - 11:23am Permalink
It's not like Tesla (via Elon) has been all that nice to other automakers either. Trashing on their cars, talking shyte about their work, ignoring their infrastructure work, and generally going rogue. Sorry, but you have to be friendly to make friends. I love how BMW turned to Musk and snarked at him after he dumped on the i3 by pointing out that it's built in a far more sustainable manner than is the Model S. The Teslerati need to stop whining and moaning and start acting like there are other electrics out there and acknowledging them as fellow players instead of "non-competition" or "good tries." You reap what you sow.
Jeff wrote on March 20, 2014 - 11:57pm Permalink
So you think Tesla should cave-in to preserve the status quo? That is a really silly attitude. The reason these laws were passed originally was to protect the dealers from being undercut by the manufacturers. Since Tesla doesn't have franchised dealers, this can't happen. It's all about protecting a monopoly. We have laws in this country regarding restraint of trade. I just can't wait till this reaches the federal level. In the meantime, Tesla has received millions of dollars worth of free advertising as a result of this fiasco. Thanks again governor Christie.
Aaron Turpen wrote on March 21, 2014 - 11:44am Permalink
Thanks for not reading my post past the first couple of sentences.
ray wrote on March 21, 2014 - 1:08pm Permalink
I am sure I am not alone in getting screwed by dealers on parts and service, and by lousy design by manufacturer. I asked a retired Ford engineer why my Taurus transmission went bad so quickly (40K miles) and he told me it was designed to last that long. I have been screwed by Mercedes parts and service too. Fact is, ICE car makers make a lot of dough from parts and service. Tesla has maybe 5 or 6 things to maintain and only the brakes and tires are the major items. The motor is brushless and so is the regenerator. I am glad to be rid of dealers. Enough getting screwed already.