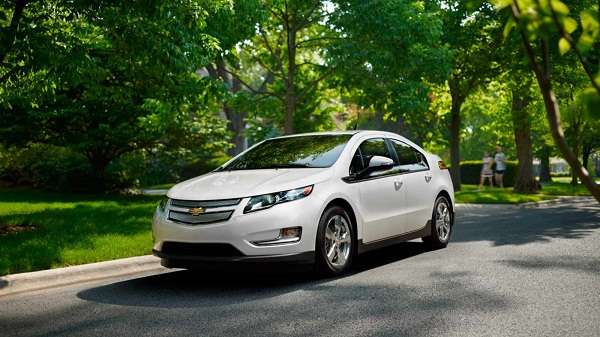 The Chevrolet Volt has been the gold standard among plug-in hybrid electric vehicles since its much-hyped debut in 2010, but the vehicle has remained largely unchanged since and appears to be due for a refresh as sales have stalled in recent months. GM hopes the second generation of the Volt will rejuvenate its flagship plug-in.
Advertisement

After seeing a significant increase in sales to 23,461 units in 2012, Volt sales actually decreased slightly in 2013 to 23,094 despite a price cut and so far the 2014 results are not promising, as January and February sales have lagged behind the 2013 numbers. Though many factors have influenced the disappointing sales, including miserable winter weather and the inclination of dealers to move more profitable models, it seems as though enthusiasm for the Volt has leveled off.

A major redesign could do wonders to invigorate sales, as many potential buyers could be holding out for an upgraded model that surely is forthcoming.

To that end, there has been much speculation regarding the second iteration of the Volt with rumors of a significant price drop and drastically improved all-electric range. Both of those scenarios may be wishful thinking, and GM hasn’t done much to encourage fantasies of an industry-shattering upgrade. What we do know for sure, however, is that there will be a new version of the Volt in 2015 to be released for model year 2016. Edmunds has reported that the new Volt will receive relatively minor styling changes and will be built on a new, dedicated platform.

Those who want to see the Volt do well are surely hoping for increased electric range, a price drop, or both from the second-generation Volt. Since most Volt owners are able to do most of their driving in all-electric mode (especially with the availability of public charging like the rejuvenated Blink network), an increase in electric range isn’t necessarily as important to the Volt’s success as would be a legitimate decrease in price, and not a mid-year sticker price slash in an attempt to boost sales.

Stay tuned to find out if GM will deliver, but unless the automaker is waiting for a dramatic reveal it doesn’t appear as though the redesign will feature drastic changes.

mike w wrote on March 9, 2014 - 7:54pm Permalink
We have a 2011 Leaf with a "early capacity loss issue" and can't wait for the 2016 Volt II. Its my understanding that a turbo charged 3 cyl engine of German origins will soon be supplied in the Volt. This new engine is rumored to be quieter and delivers better fuel economy. hoping for this upgrade in 2015. 20% improvement in all electric range would be nice but not a deal maker for me. If anybody at GM is reading this would love to have a 6.6 kw battery charger as an option.