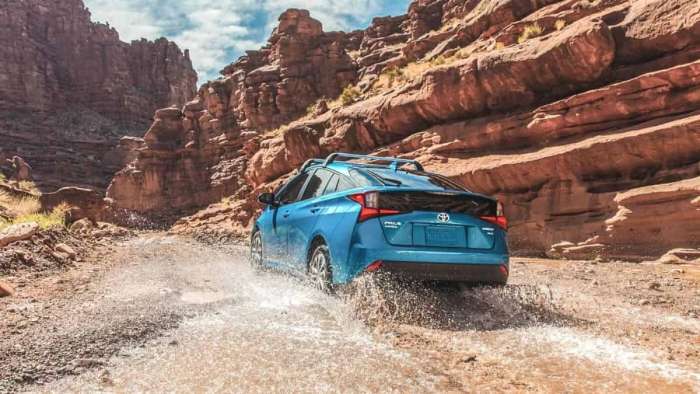 Toyota just reached a landmark sales number of 20 million hybrid and plug-in hybrid cars being produced since the 1997 Prius. However, the numbers of Toyota’s EV sales still remain a mystery.
Advertisement

October 1997 saw the debut of the all-new Toyota Prius. After years of research and development, Toyota had created a cute little hybrid sedan with an average MPG of around 50, Americans really liked the idea of driving a hybrid. Sales peaked during the 2007 recession and by the time California’s gas prices shot up, these little egg-shaped vehicles littered the streets with everyone from Uber drivers to Postmates drivers using them to go places.

Toyota just announced that its brands Lexus and Daihatsu along with Toyota models had collectively reached 20 million electrified vehicle sales this year.

Don’t get it twisted, electrified doesn’t mean anything big. In layman’s terms, Toyota sold 20 million hybrids. I personally drive a 2012 Toyota Prius and after 10 years of ownership, it handles like a dream. These 20 million sales are not just Toyota cars. A lot of them are also Lexus hybrids.

Toyota is the leading automaker when it comes to hybrid sedans and SUVs. I feel like this huge delay in creating a mass-produced fully electric vehicle has really cut the branch off the tree. In my opinion, the Japanese in general should have hopped on the gravy train back in 2018 when things really started to get wild with Tesla and GM, even Ford, launching prospective EV models which we see today.

Toyota’s hybrid game cannot be challenged. But with EV prices dropping, would you honestly buy a hybrid or even a plug-in hybrid when you could’ve bought an EV for the same price? Look at it this way, the 2022 Volvo S60 Recharge, a luxury sedan, starts at around $50,000. Why spend that much money on a plug-in, when you could buy a Tesla Model 3 for almost half the price?

The Fall of Hybrids
Plug-ins and hybrids are going to start seeing their fall once a big auto company like Ford, GM, or even Tesla will launch a production model EV with respectable specs that will fit almost every price range. Chevy accomplished this with the “ahead of its time,” 2016 Chevy spark EV. For a mere $20,000, you could own a city-friendly little hatchback that could take you 81 miles per charge. While 81 miles is small today, back then those were big numbers, especially for the price of the car.

As we saw with the Prius’ peak, the new re-designed Toyota Prius didn’t do all that well. Remember those commercials for the new 2016 Prius and how it was going to revolutionize the car market? The sales numbers said otherwise. With the introduction of EVs into the market, Hybrids became less and less of a comfortable option to buy. In my opinion, I think the Prius is just the first. Later the luxury sedans will stop then after that once we start seeing affordable EV SUVs, then the hybrid and plug-in hybrid SUV market will subsequently diminish
.
However, my economical friends, don’t be worried. The hybrid market is still very alive today with almost every car coming out with a hybrid version with it as well. The Japanese may be behind on the EV train, but hopefully, we will start to see more Japanese EVs roam our streets and give American EVs a run for their money. 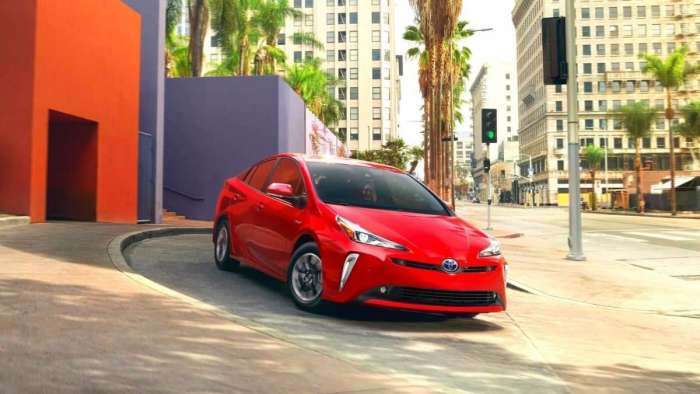 We recently reported how Toyota and Mazda’s relationship is going and how they plan to release more cars in the near future, also check out the new 2023 Toyota GR Corolla that will be debuting today.

What do you think? Should Toyota continue to produce hybrids and plug-in hybrid sedans and SUVs? Let's start a discussion in the comment section below.