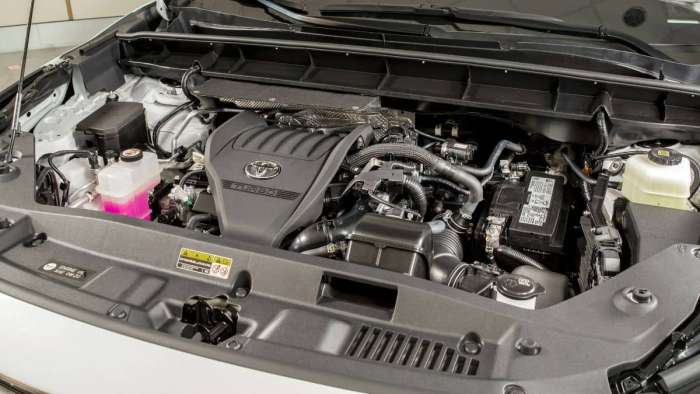 A recent press release from Toyota Shows how the new 2023 Toyota Highlander’s AWD system is better and smarter.
Advertisement

The Toyota Highlander has been rated by many institutions as one of the greatest family SUVs this year and years past. One of the reasons is because it is both simple, and sophisticated. Minimal, yet it delivers like no other. While critics don’t really like the Highlander’s third-row seating arrangement, calling it cramped and an afterthought, A new trim called the Grand Highlander is set to debut soon with an all-new 3-row approach.

Toyota’s latest press release shows that the new Highlander will have a lot of features such as a smaller engine with better performance, an upgraded interior, bigger screens for different trims, and an advanced AWD system which Toyota calls “performance-minded” for their XSE models.

These AWD systems come in two variants. The regular AWD system will be available as a trim option for the gas L, LE, and XLE Highlander models. The second AWD option focuses more on the performance and scientific aspects of AWD and will only be available on the XSE, Limited, and Platinum models. This trim of AWD is called the Dynamic Torque Vectoring AWD System. What does Dynamic Torque Vectoring mean you ask? 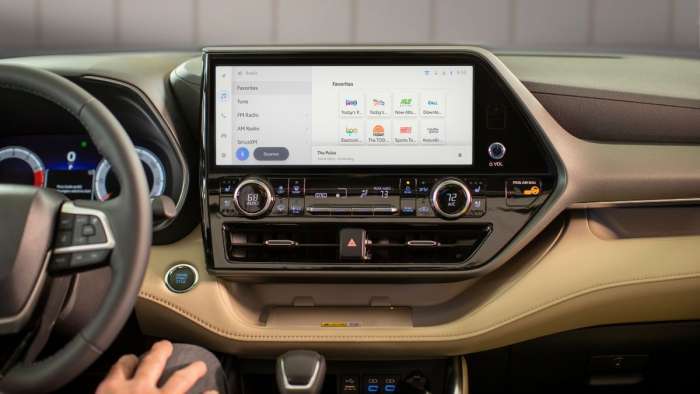 Well according to Toyota, "Dynamic Torque-Vectoring All-Wheel Drive (TV-AWD) is an AWD system that independently distributes 50% of engine torque to the left and right rear wheels based on system-monitored driving conditions." It basically allocates more torque to evenly distribute a slip or traction loss.

With both AWD systems, you get a dial in the cabin that you can use to select the different driving modes. Modes like Mud and Sand or Rock and Dirt. Toyota says that the driver allocates or monitors torque distribution through the car’s MD (multi-information display). Today, almost every new affordable SUV has some sort of "dirt” or “off-road” mode even though 90% of its drivers are not going to take it anywhere off the pavement. At most your little Mazda SUV is going to go on a gravel road to take your kids to pee-wee soccer practice.

Why does Toyota add unnecessary off-roading capabilities even though the Highlander can’t climb or mud? Nobody really knows. My best guess is they probably want to market the Highlander as the “all in one” SUV. That’s why they add a sport mode on a 4-cylinder engine SUV. Check out our other article that talks about the new Highlander’s downgraded engine.

Just think of all the computers and tech Toyota is implementing into this new system. While critics say that like the AWD system in the 2022 Toyota RAV4 Hybrid is great, do you think they will approve of the new tech-heavy AWD system in the Highlander? I think that Toyota needs to find a niche for each of its cars.

Toyota should’ve made a TRD version of Highlander for next year’s model which this AWD system would be in. Personally, I wouldn’t buy a Prius to tow things or a Hummer to save gas. A lot of automakers are mashing up auto genres creating weird combinations like sports luxury or off-road sport. That’s why seats in new luxury cars are seats out of race cars. Remember when you would sink into a nice seat in a Mercedes-Benz? Now it grabs you from all sides because you are in a racecar for some reason.

I hope Toyota won’t reach that level of “all in one” because I don’t want to get into a Supra and see an off-road mode or get into a base Corolla and see a track mode. These are what kill brand recognition and love for a specific model.

What do you think? Should Toyota allocate its AWD technology to a TRD trim level? Do you like it when automakers mash all the modes into one model? Let us know in the comments below.

david wrote on May 11, 2022 - 4:39pm Permalink
hello, thanks the details of the upgraded awd system are lacking. for example, how does the car shift torque? some sort of real differential axle or just using the brakes. the awd system seems to be just some software programming, is that correct? thanks, david
Harutiun Hareyan wrote on May 12, 2022 - 11:28am Permalink
Hello David, Thank you for the question. The AWD system on the XSE mode is a little different because it takes data from things like the steering, suspension, and engine and decides where to send torque to. It does this by an upgraded differential system seen on most newer AWD cars. Thanks Harut
jg wrote on May 12, 2022 - 12:01pm Permalink
A hardware solution (locking diff, electric or mechanical) would cost hundreds or possibly thousands per vehicle to implement, whereas a software solution using the existing ABS system is easy and cheap to add without any supply chain modifications. I would bet spinning wheels get brakes applied to transfer torque away from that wheel.
Patrick Mclaughlin wrote on May 12, 2022 - 5:12am Permalink
Let’s face it people love options they can’t get enough of them they always want more but when you demonstrate the options people get excited giving more confidence in what they like to drive on the other hand a TRD Highlander would be awesome to put in the mix but you don’t want to make to many for example make it simple meaning like Toyota 4Runner Pro you want to be very very excited to even get one because they really never seen something in this style they will crush it in amazing way like they always Do.
jg wrote on May 12, 2022 - 10:42am Permalink
You may want to fix your text, I doubt this is correct: "basically is a system to make sure the wheel(s) that slip get more power directed to them to ensure no loss in traction"
Harutiun Hareyan wrote on May 12, 2022 - 11:33am Permalink
Hello jg, Thank you for the comment. I appreciate the feedback.
John Franceschini wrote on May 13, 2022 - 7:37am Permalink
Big mistake to eliminate the v-6 in lieu of a noisier 4 cyl that gets the same mileage