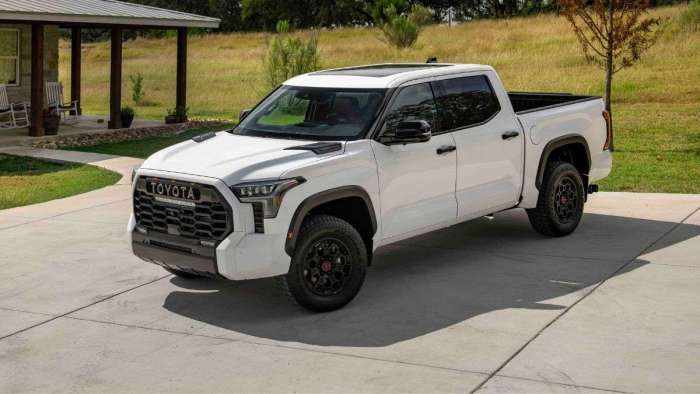 “It Took Them 4 Hours” How Long Are 2022 Toyota Tundra Owners Waiting for Recall Fixes?

With Toyota recently issuing a recall on the 2022 Toyota Tundra, what is your expected waiting time at the dealership?
Advertisement

It seems as if the new 2022 Toyota Tundra cannot catch a break. First it was rusted brake rotors then wastegate then broken seals followed by a new recall issued for the rear axle which came out a few weeks ago. Now if you were one of the unfortunates who were called up to make an appointment with your local dealership to get this problem taken care of, you might want to hitch a ride back home or maybe bring a book because some owners say you are in for a long wait.

Before we take a look at what really is your estimated wait time, let’s first take a look at what this recall is really for. So according to Toyota Newsroom, “Toyota is conducting a safety recall involving certain 2022 model year Tundra (including HEV) vehicles in the U. S. Approximately 46,000 vehicles are involved in this recall. Vehicles in this recall have certain nuts on the rear axle assembly that can loosen over time, and, in some cases, fall off, potentially causing an axle shaft sub-assembly to separate from the axle.” In layman’s terms, if you are one of the affected ones, hurry up and go to a dealership because if not treated your axle could fall off which isn’t good. 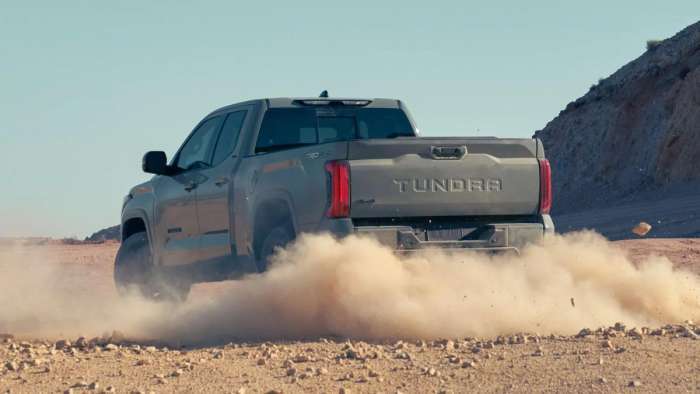 On Facebook’s 2022+ Toyota Tundra owners’ group, Kyle Lovell asked, “What is the longest anyone has waited for their recall to be performed? I had an appointment at 7:45 this morning and I have been waiting since then. It is almost noon.” He edited his post saying he finished around 1:43. Now for everyone it could be different. Maybe you were called to the dealership, but your truck was not affected. In that case your wait time would not be long. However, if you were affected, that changes the card game.

The dealership would probably do one of two things. Either they would repair it at the dealership that day, or if it got really bad, they would probably just replace the whole assembly or the affected part. Now depending on which you are, this would go two ways. Let’s take a look and see what some of the owners said.

Jambvant Ramoutar said, “I made an appt yesterday for 9am. When I pulled up there were like 15 other cars in the drop off area. Service advisor claims they all had appts too so I’m pretty sure they are stacking appointments. Took 3 hours. That isn’t as bad as Kyle’s wait time, but this was because of appointment stacking. Now a dealership could blame wait time on a lot of things. Employee shortages, chip shortages, logistical errors, maybe even humble themselves and take the blame for it. The best thing to do is just be patient and let them do their thing (if they do it right).

You may wait a few hours, or you may be like Ken Sharp who said he only waited 20 minutes. My best guess is to go early in the morning before the others and ask for a ride back if it is going to take forever. Trust me the free popcorn and outdated magazines are not worth your time.

What did you think? Let us know in the comments below.