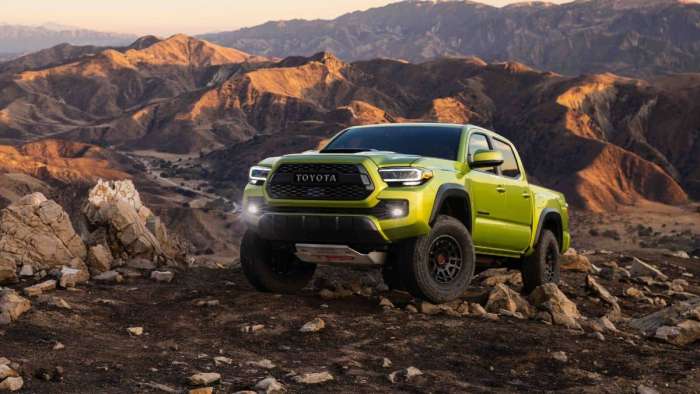 2022 Toyota Tundra Owners share how they are recommended to do their first oil change after 10,000 miles.
Advertisement

In any new car, you should do your first oil change very soon because before an engine can be properly lubricated, there are small pieces of metal that break apart and fall into the motor due to metal-on-metal surfaces from low viscosity oil from the engine.

This happens to every car and is perfectly normal. In any case, it is important to change out the factory oil a little sooner than you would at regular intervals to get rid of those small metal shreds. If not properly removed via an oil change, these shreds can cause very bad long-term damage.

However, a recent post on Facebook’s 2022+ Toyota Tundra Owners group showed that the Tundra is recommending owners do their first oil change at 10,000 miles. Michael Molnar wrote, “I have the 2 years of ToyotaCare came with my truck, but I also noticed the 1at oil change scheduled for 10k. There is no way I'm letting it go that far. I plan on having it changed at 5k. What’re everyone's thoughts?”

For the record, we don’t want you to think that we endorse you to change your oil at anyone’s advice except Toyota’s. While the Tundra has been getting a bad rap so far, The Toyota engineers know what they are doing…sometimes.

I drive a 2012 Prius and I always use full synthetic and change it every 5k. Would it last longer? Of course, it would. Full synthetic is rated at anywhere from 7500 to 10,000 miles but I don’t let it go that far. 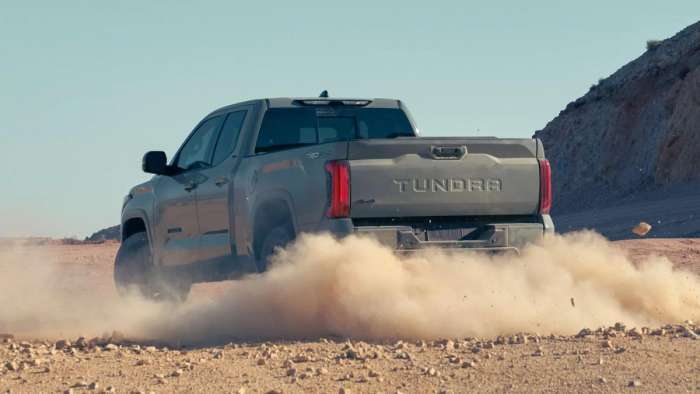 From the factory, your 2022 Toyota Tundra comes with 8 quarts of full synthetic oil. However, some say that this oil is just meant as a break-in oil and should be kept in longer than intended. Colin Beckmann commented saying, “My neighbor has a John Deer tractor. They said don't change the oil before 300 hrs. It is a special break-in oil. It is driving him nuts. If they say 10k that is when I would do it.” Perhaps the factory oil is meant to break in the engine?

That’s probably why the first oil change interval is high. However, Sunny Dhamrait disagreed with that saying, “It has nothing to do with the oil break down. Yes, oils will last a substantially longer life than they used to. The issue is combustion blowby.”

Combustion blowby is when pressure escapes from new seals thus letting metal on metal contact and letting small shards get in.

Now while this may be because of a break-in oil or simply to help with engine blowby, people don’t seem to want to change it at 10,000 miles.

Jacob Oser said, “I had mine changed at the first service at 5000 miles. In the manual it states that if you drive on dirt roads often or tow much, to change at 5000 intervals.”

Some owners, however, seem to think that you should listen to Toyota and do whatever is recommended.

If I was a Tundra owner, I would listen to Toyota because if God forbid something happens to my engine and it was my fault because I didn’t change it at the right interval, then my warranty would probably be voided by Toyota. After all, they could prove that I didn’t change the oil when told to.

Now your oil’s life also depends on how you use your truck. Carlos Aguirre said, “If you are towing and or hauling a lot frequently 5,000 is definitely a good way to go. If you do normal driving, I do not think you would have an issue waiting until 10,000.”

In that case, I would probably consult my dealer if I were to use my 2022 Toyota Tundra as a hauling rig rather than a daily driver. In any case, listen to what your manual or your dealer says. After all, these are the guys who engineered this car and know it inside and out.

What do you think? Would you do your first oil change at 10,000? Let us know in the comments below.