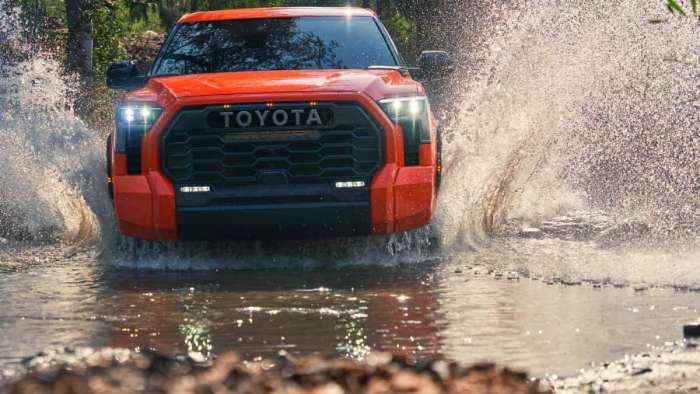 The 2022 Toyota Tundra is probably one of the best trucks to come out this year. Car and Driver rated the 2022 Toyota Tundra and gave it an 8/10. While the non-hybrid model is an extreme gas guzzler (13 city / 17 highway), it’s a worker’s truck and has tons of practicality. People like that it came in a hybrid and while still getting terrible gas mileage (20 city / 24 highway), it is pretty good for a pickup that size.

A recent post by Armen Hareyan on the Toyota Tundra FB Group on Facebook showed just how much MPG everyday 2022 Toyota Tundra driver are getting on their Tundras. He asked, “Hi guys, what's the real-world MPG you are getting on your Tundra truck? Please, also mention the year and the version. Thank you.” Let’s take a look at what some of the owners said.

Owner Mike Potter responded by saying, “2022 Limited 17mpg w/ 1500 miles.” He didn’t specify what type of driving he does on a daily basis but 17mpg on average is just the bottom-line city MPG that we see in Toyota’s rating.

Another owner, JT Kolt said, “22 limited, stock - 17.9mpg.” He gets a little more than the previous owner. Both have the Limited trim option, and both are stock. However, the reason for JT’s better MPG might be because of where he drives and how he drives. Mike might have a heavy foot or travel heavy. 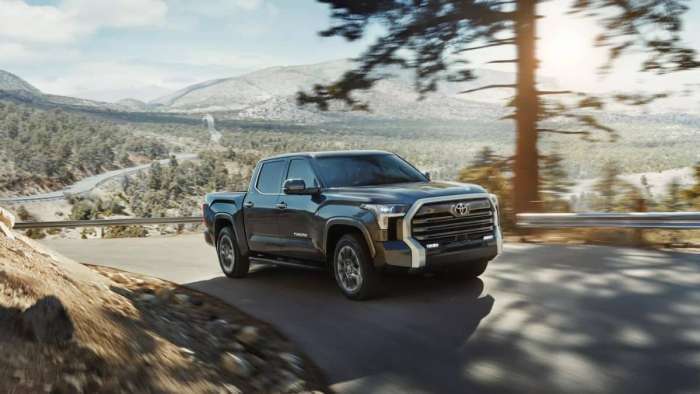 Another thing to consider is how does the 2022 Toyota Tundra compare to older models? With more technology and weight added, surely it has to have either the same or worse MPG, right? Well, here’s the kicker, Mike Lewter commented on the post saying that he has a, “2016 DC 19-20 mph.” this is a 6-year-old truck that is almost a thousand pounds lighter than the 2022 Tundra yet still get’s lower MPG. The reason for this might be because of the two truck’s different drivetrains.

The 2016 models came with v8s while the 2022 Toyota Tundra is only available in a twin-turbocharged v6. This is a very interesting fact because the 2022 engine options make more power yet have a lower engine displacement compared to the older model. So, in theory, the new 2022 Toyota Tundra is heavier, has a smaller engine, and is techier than its predecessors yet it gets better mileage. Really something to think about.

Here's another older one. Rene Menchaca said that her 2009 5.7 Liter gets 11 MPG average. Again, this year of Tundra had a v8 and was considerably lighter. Nicholas Czernek commented that his 2020 Tundra Limited got 15 City 18 highway. For that year, the Tundra was only offered in the 5.7-liter I-FORCE v8 which got 13 city / 18 highway. We start to see a trend with either a big engine like in the 2020 model, or we start to see trucks get bigger and heavier, but their engines get smaller or turbocharged. One of my community members has the 2022 Toyota Tundra 1794 Edition which has the twin-turbocharged v6 and he told me that it feels like a high-powered v8.

I personally am not against going smaller in engine size as long as it doesn’t affect the performance of the truck. However, if Toyota could find a way to make these bigger engines more efficient, I think it’ll reach out to more v8 sentimental people.

So, what’s the real-world MPG of the 2022 Toyota Tundra? Anywhere from 13-17 in the city and 16-26 on the highway. With the current trend of small engines or big efficiency engines going on with the Tundra, we can predict that the next Tundra will either have a huge and efficient v8, or a twin-turbocharged v6 getting better MPG and more power. Nobody from the post had the 2022 Toyota Tundra Hybrid so to see those daily numbers, stay tuned for a specific story on that.

So, what do you think? Would you get the 2022 Tundra or maybe wait till a better efficient one comes out? Let us know in the comments below.