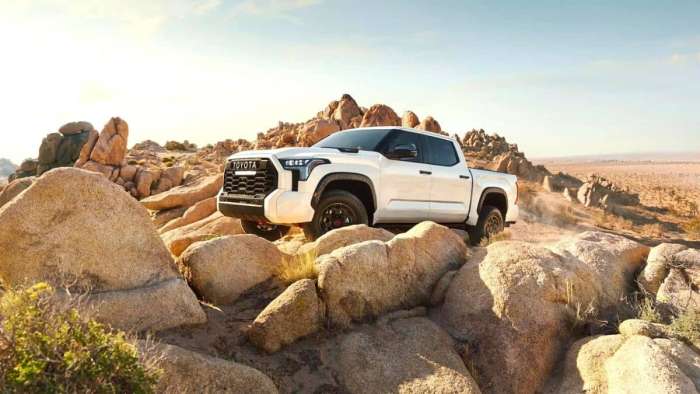 According to statistics published by goodcarbadcar.com, the 2022 Toyota Tundra is the only truck to not suffer any sales loss despite chip shortages and global economic crises.
Advertisement

When we think of economic cars, big pickup trucks are not the first genre of automobile to come to mind. However, with all that is happening i.e., chip shortages, high gas prices, and economical crises, the 2022 Toyota Tundra has remained the only pickup truck to not drop in sales this month.

If you might remember, Toyota has been able to pave a path through the chip shortage simply by using the chips from the overstock they had after they closed a few factories in January. You can read more about that in the article linked above. With Toyota releasing more and more new cars and new-redesigned models, it is safe to say that they could easily top as a very successful company this quarter and even this year.

Even Nissan did pretty well with their Frontier having a positive incline in sales only for the month of February however. Although the Frontier did reach a good number in sales, it came nowhere near the amount that the Toyota Tundra reached. 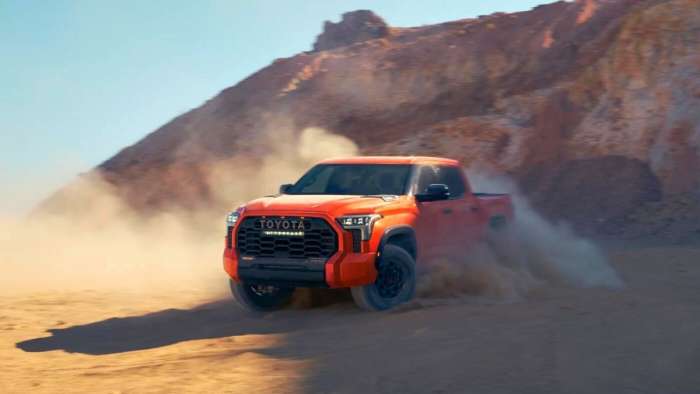 The statistic in question mentioned that the Toyota Tundra had a positive increase of 57% from last February to this February. That means that with all things considered, Toyota was able to sell 1.5x more cars in this economy than last year’s. Say what you want but I honestly think that the chip shortage was way worse in 2021 than it was this year. Even still while having a shortage, Toyota proved that they were able to raise sales and rise to the top.

While I think of the Toyota Tundra as one of the least economical cars to drive right now, I certainly was surprised to see that above all the Toyota models, the Tundra also did well. I would’ve speculated that Toyota would have spent those resources on the production of EVs or hybrids. Speaking of hybrids, check out my article on Toyota reaching 20 million electrified vehicle sales since its first hybrid in 1997.

After seeing the 2022 Tundra in person, I’m still waiting to see an electric Tundra that owners have wanted since 2015. Even while the 2022 Tundra hybrid exists, it only gives you 20-24mpg. Which for a big truck is great but for practical reasons, isn’t all that well.

With all these obstacles Toyota had to overcome, I think they did a great job at managing to increase sales even during chip shortages, economic crises, and many other contributing problems.

What do you think? Would you buy a 2022 Toyota Tundra? Let us know in the comment section below.