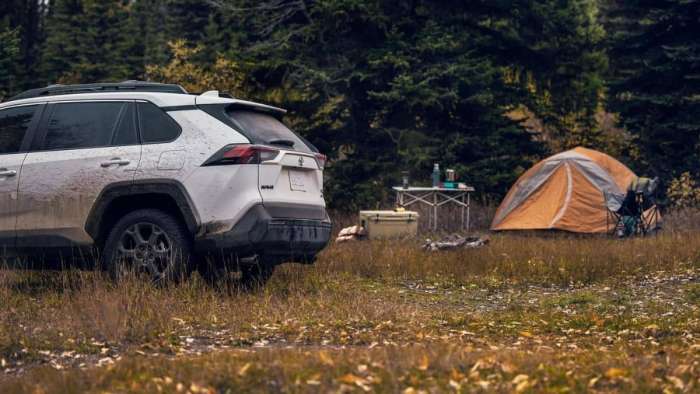 Some North American 2022 Toyota RAV4 Hybrid owners have noticed a noticeably large gap between the headlight and the hood. Some say it’s not a big deal.
Advertisement

Gaps between body panels in new cars can be from several things. If it was in a recent accident, the frame could have bent thus stretching the panel to not properly fit in its place. If the car was designed poorly or the assembly workers did not put the panels on correctly, both could play factors in misaligned body panels.

Some 2022 Toyota RAV4 Hybrid owners have expressed their concern with a recent observation by a detail-oriented group member. In a Facebook post on Facebook’s Toyota RAV4 Hybrid group, Teresa Green asked, “Have you noticed this gap in the hood above the headlight?” With that post, she posted a picture of her RAV4 Hybrid’s headlight with a noticeably large gap between the top of the headlight and the hood of the car.

After using an app to determine the exact length of the gap, which is around 2-3 cm, I started to read the comments and found out that this little gap is not that big of a problem. God forbid your gap was close to 6cm, then it would be a concern, but this little gap will only give you small amounts of debris if you drive on the dirt or sand. 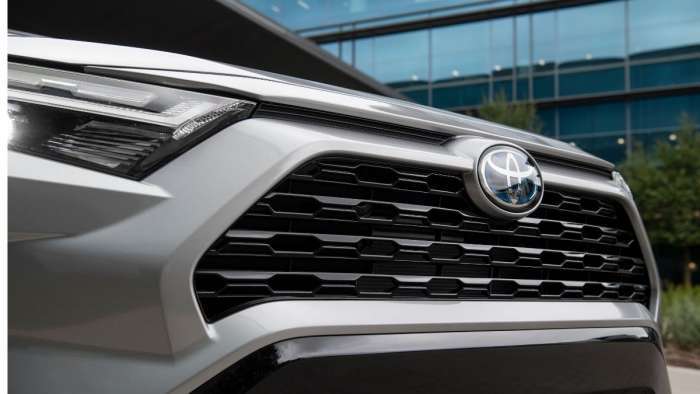 Surprisingly, this gap only showed up in the Japanese models. North Americans primarily get their RAV4 Hybrids made in either Japan or Canada. Now Toyota’s Japanese factories have been known to be very detail-oriented, especially when it comes to cosmetic issues. That’s why the old Camrys are so reliable. On a weekly basis, Ford will stop production about 20 times a week to deal with an issue. Toyota closes close to 200 times a week to address every single issue.

This production model is useful because it ensures that you get your Toyota brand new without any problems that could have been caught at production. Let’s take a look and see what other owners said about their gaps.

Joshua Herald said, “some people said that was normal but if you wanted there is a rubber gasket with a Toyota part number that can be put there.” While we have seen some new Toyota models littered with problems (cough, cough, Tundra), a noticeable gap between two body parts would have been noticed if it was not supposed to be there. Every car is going to be a little different because of laws and such but for the most part, headlights are always mandatory and with little gaps like that, the most you’ll get is a dusty engine bay when you open your hood.

According to some other owners, this problem was also on the 2021 model as well. Clara Kelly said, “My 2021 RAV4 Hybrid Limited AWD doesn't have the rubber seals between the hood and lights. The dealership doesn't have a part #. Said I should be able to buy them at NAPA or another parts store.”

Most everyone sees this as a problem but what if this gap has a use? Bonnie Chatelain said, “Maybe for more airflow on the engine?” This could be a feasible reason however the grill on the RAV4 Hybrid is already big enough. If this gap was for airflow purposes, then I don’t think Toyota would sell you a rubber seal to cover that up.

What do you think? Does your 2022 Toyota RAV4 Hybrid have this issue? Did you buy the protector? Let us know in the comments below.

Chris wrote on May 31, 2022 - 9:54am Permalink
I have bought a 2022 Highlander hybrid limited. It has that same gap between the headlights and the hood and I’ve wondered about it. I believe it must be the same issue is the RAV4.