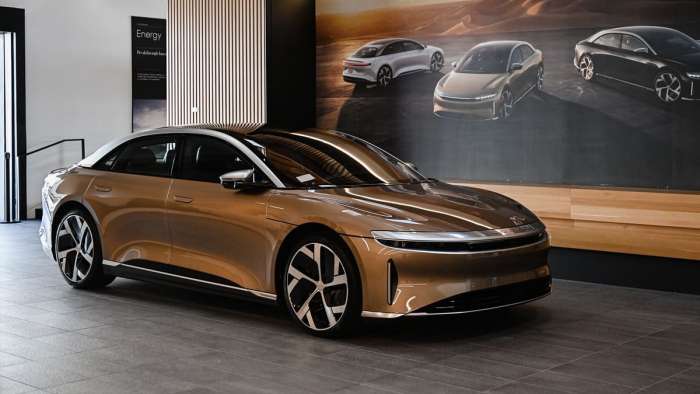 Here is What Lucid Motors Is Expected to Accomplish By 2027

Lucid Motors has som rapid growth that could vault them to the top of the Electric Vehicle food chain. If Lucid can deliver on its promises this could be huge for $LCID early shareholders!
Advertisement

Investors should always have a 3-5 year outlook on most long term growth investments, because these types of companies take time to grow and flourish. In 5 years, Lucid Motors will have already made its ascension into the top of the Electric Vehicle food chain. While many of the Electric Vehicle Startups have fallen and may be acquired by other auto legacy makers and tech companies, Lucid will be focusing on its incredible Battery Technology and its global expansion plans.

The 5 Year Outlook for Lucid Motors

Here is what Lucid will accomplish in 5 years. In 2022, they plan on expanding to the European markets, and Canada. Lucid Motors also estimates that it will deliver over 20,000 vehicles by the end of 2022. Sales of cars in the Middle East are also expected in 2022. With a factory in Saudi Arabia coming by 2026. The location of that factory has been rumored to be Jeddah.

In 2023, Lucid Motors plans on entering the Asian Market, which is estimated to be one of the largest markets in the world for Electric Vehicles. Furthermore, Lucid is also targeting 2023 to release its highly sought after SUV, Project Gravity. Lucid Motors will have already delivered thousands of units of the Project Gravity. That will be a huge feat for the company as this vehicle will be the most luxurious Electric SUV on the market. Lucid has been very silent about the Gravity, only giving Lucid fans and shareholders a sneak peak of the creation, but this is a very exciting project that looks to compete with the Model X and become the flagship SUV for Lucid Motors.

In 2024, we should see Lucid becoming profitable or very close to it. Some have speculated that Lucid could become profitable by 2023, but 2024 is a very safe and conservative estimation. By 2024 the AMP facility in Arizona should be nearing maximum capacity which could produce up to 345,000 vehicles per year. The factory has been growing rapidly, so this is a very conservative estimation from Lucid Motors.

In 2025, Lucid Motors will see Revenues of about $14 Billion, and gross profits will be positive $2 billion. The revenues and gross profits are very conservative and CEO of Lucid Motors Peter Rawlinson has long said that Lucid’s motto is under-promise, over-deliver. So we could indeed be looking at even higher revenues and more profitability. These numbers are also without a future partnership or Lucid licensing out its battery technology, which has been one of Lucid Motors main plans that it also end up doing to gain profitability faster. These numbers also did not include the almost $2 Billion that Lucid received in convertible notes, which has around 1.25% interest which is incredibly low for an Electric Vehicle company to receive.

As I mentioned before, Lucid Motors will be expanding to the Middle East with Lucid being in discussions with Saudi Arabia to build a factory in either Jeddah or Neom, which is the new Mega City being developed. Lucid Motors could certainly be helpful to Nemo’s plans because of its Energy Storage System, which will allow energy from Lucid batteries to have a second life. If you are interested in learning all about that, check this article out: Lucid Motors' Secret Weapon and Tesla's Mistakes.

By 2026, Lucid is expected to rake in approximately $22.8 Billion, which shows how rapid the growth is for this company. In 2030 the Energy Storage System along with other Renewable Energy endeavors from Lucid could make over $22.8 billion as well. The Renewable Energy division for Lucid could actually bring more money in than car sales in 5 years. I want to remind the readers that Lucid is a Technology company that happens to make Automobiles.

Tesla took out convertible notes multiple times when it was just starting out, and that helped immensely with its rapid growth. Lucid motors is doing the same thing Tesla did with barriers already broken down because of Elon Musk and Tesla. Being the second huge Electric Vehicle company is not that bad because Lucid can learn from Tesla's mistakes and use its unbelievable management team to exceed Lucid’s hypergrowth that the company has estimated to achieve. To learn more about Lucid Motors terrific management team, check this article out: Lucid's Talent Takeover.

Lucid has a bright future and the next 5 years are crucial for this company to grow and one day become the Tesla Killer. Execution is key for Lucid Motors and they have already produced what they have estimated time and time again. The next time Lucid can accomplish another priority off its check list is 2/21/2022 which is Lucid Motors next earning call which will detail the Quarter 4 delivery numbers. This is a big deal for short term traders and how the LCID will perform in the near term, but this has little to do with Lucid’s goals for the next 5 years and beyond.

Lucid has the future on its mind and it could care less how the stock price moves. This really shows with Peter Rawlinson who does not take a salary and is completely stock performance based. Similar to what Elon musk does for his companies. I do believe that Lucid motors will have a strong Earning Call and will accomplish its delivery goals. With that said though, the next 5 years and Lucid’s future is why I am invested in this company and why I am excited to see what Lucid Motors does in the next 5 years.

If you enjoyed this article and want to learn more about Lucid Motors, check out Lucid Could Potentially Be Crowned The Maker of The Apple Car or Getting to know LucidVerse.