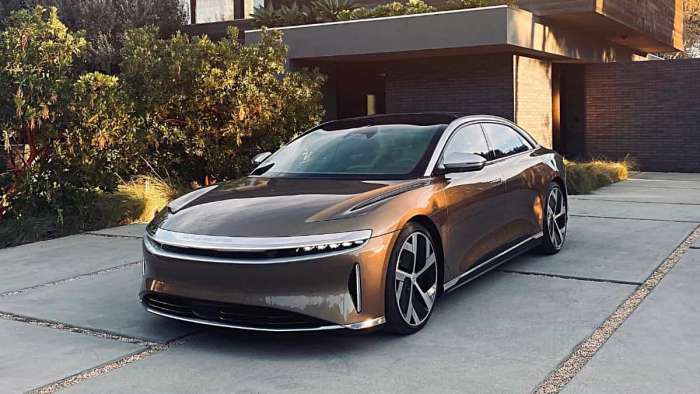 Lucid Could Potentially Be Crowned The Maker of The Apple Car

Could Lucid Possible Land the Apple automotive Contract? If Lucid does win, $LCID would skyrocket to new highs. What would this do for $AAPL stock? We will find out when Apple announces in late 2022.
Advertisement

Will Apple and Lucid Team up to create an Apple Car?

Lucid Motors and Apple have been long rumored to partner up in the future. If this is indeed the case then we could see an enormous increase in Lucids stock price. A partnership with Lucid Motors and the Silicon Technology Company would almost certainly solidify Lucid as one of the leaders in the Electric Vehicle race.

Apple has just announced that they will be choosing who will make the Apple car in late 2022. This news caused a rumble in the Electric Vehicle space as many companies will be trying to win this once in a lifetime opportunity to create an Apple car that will be desired by many. Apple had the opportunity to buy Tesla for around $60 Billions when Elon Musk went to Apple right before Tesla almost had to declare bankruptcy. Tesla was rejected and ended up receiving outside investors to help save the company. That ended up being a huge mistake for Apple, as Tesla is now valued over a Trillion dollar.

Lucid Motors has prided themselves with having the best battery technology in the Electric Vehicle industry. For an indepth analysis of Lucid Motors Battery Technology check out Lucid Motors' Secret Weapon. Peter Rawlinson has also been foreshadowing a future Lucid x Apple Partnership. This is not the first time that Peter Rawlinson has tried to give hints to Lucid fans. He winked at the camera when he was on a live interview that many Lucid fans suggest was a hint Lucid Motors was merging with $CCIV. This ended up coming to fruition and early investors made a lot of money.

On Lucid Motors' 3rd Quarter Earnings Call, Mr. Rawlinson was asked if the company had any intention of licensing their technology in the future or partnering with a Silicon Valley company in the future. Peter Rawlinson responded that Lucid would be open to a potential partnership with a Silicon Valley company. The SEC has a rule that any rumor that is untrue has to be denied and dismissed if there is no validity to the rumor. 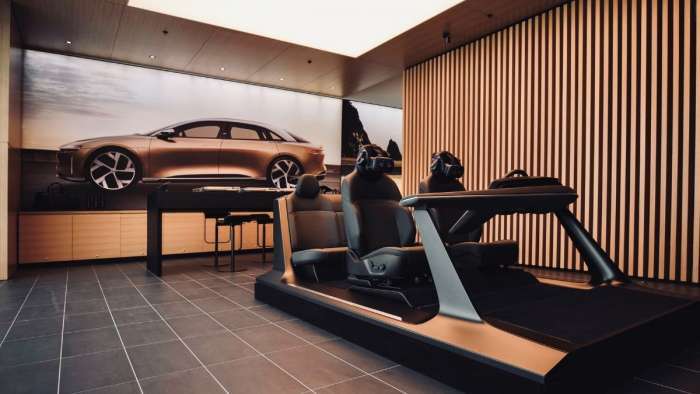 When Lucid Motors and Apple were asked about a potential partnership both companies declined to comment. Why would the companies not just decline the rumor if this was untrue. Hyundai and Kia had talks with Apple, but those conversations quickly broke down. With Lucid and Apple they are still alive and well.

What does Lucid have that Apple may want?

Apple has always built their brand on strong products and the best technology. Lucid Motors thrives in both of those areas. Lucid has state of the art battery technology and is at the top of the luxury products in the automotive industry. I would guess that Apple would want to compete with Tesla since they made a terrible decision to not buy Tesla out and could potentially partner with Tesla's main competitor in the Electric Vehicle space. It would be a win-win for both Lucid and Apple as they would be able to create the world's most advanced Electric Vehicle. Apple would help Lucid Motors expand globally since Apple is not in any way strapped for cash and understands how massive the Electric Vehicle industry will become.

It is not a surprise that Apple and Sony both want to get their hands on that market share and many of the Electric Vehicle startups will end up not surviving all of these legacy automakers and these giant technology companies that are trying to cycle into the EV industry.

I also find it interesting that Lucid chose their studio location right under an Apple store. This caught supporters from Lucid by surprise and quickly caused a stir for the Electric Vehicle company on social media back in November 2021. The location is in Miami in Brickell City Center.

I wrote an article detailing a bunch of different Apple employees that have jumped ship and now work for Lucid Motors, which could also be a great foot in the door when bringing a potential partnership with the two to fruition. Check that one out to learn more about the possible partnership. Lucids Talent Takeover

My opinion of an Apple x Lucid partnership is it will simply help both companies grow in the Electric Vehicle industry. I do believe that if a partnership did happen, Lucid's stock could triple in the matter of a couple days. This would be an enormous win for Lucid Motors as they see themselves at the front of Electric Vehicles in the future. Apple would certainly help volt them up as a leader in that industry and they would have enough money to expand their Renewable Energy division which is estimated to bring in roughly $22 Billion by 2026.

Time will tell if Lucid and Apple do come to a partnership agreement, but it is very exciting that Apple will announce who will be the Apple Car maker in late 2022.