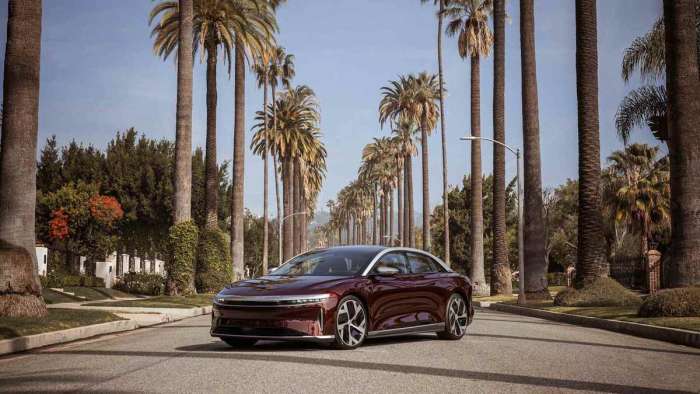 Lucid's latest marketing strategy aims to boost awareness of its cars and technology with advertising during major TV broadcasts and events hosted at the brand's flagship Beverly Hills Studio.
Advertisement

With a highly compelling product and slew of awards under its belt, Lucid can now get down to the serious business of getting the word out about its offerings. From the Lucid Rally held in October 2021 the brand has maintained a conspicuous place in the EV world, but now its marketing efforts are ramping up with prime-time TV ads around major television events like the recent Oscars spot where Lucid asserted "This is not beginner's luck, this is just the beginning."

Lucid has traditionally positioned its advertising around sports and news programming, as a recent article by Brian Steinberg for Variety reports, while the Oscars spot represents the EV manufacturer's first foray into the world of entertainment. It's all about making as many people familiar with Lucid as possible, and the 94th Academy Awards show is an ideal place to do that even with viewership figures that have been declining in recent years. “We just felt there was a moment happening around entertainment and film again,” said Lucid VP of Marketing Jeff Curry in a recent interview. ABC was reportedly asking as much as $2.2 million for a 30-second ad slot during the broadcast.

Women of Def Jam
Lucid vehicles have made appearances at events ranging from casual cars and coffee to full-blown concours events in the western half of the US, but March 28th's Women of Def Jam celebration at the brand's flagship Beverly Hills Studio marks the first time it has played host. The event was held to celebrate Def Jam's female executives and recording artists during Women's History Month, and featured live performances and panel discussions. Def Jam is unique in the record industry as more than half its staff are female with women occupying two of three executive leadership roles and heading eight of the label's ten departments. 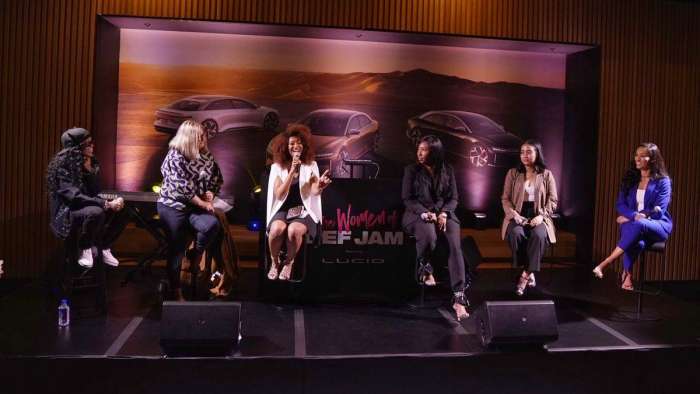 Celebrity Drivers
This isn't exactly Lucid's strategized marketing, but it still serves to generate buzz about the Air and its capabilities. Orlando Bloom was recently pictured in Los Angeles buying an Air Dream Edition in Quantum Grey, while Apple co-founder Steve Wozniak took to Twitter to announce that his new EV is a Lucid. The Lucid Air appeared in the metal at the Oscars with Australian actor Kodi Smit-McPhee rocking up in a Stellar White example of Lucid's record-breaking sedan. “Talking about our product right now is the best single way we can tell people about who we are as a brand,” said Curry in the same interview. “You can see the design and the technology that’s in it.”

Our new EV is a Lucid Air.https://t.co/CwBK4DpNmp

Pulling up in a #LucidAir, driving home with an #Oscar? Best of luck tonight, @kodismitmcphee. pic.twitter.com/bOfYdhGLi1