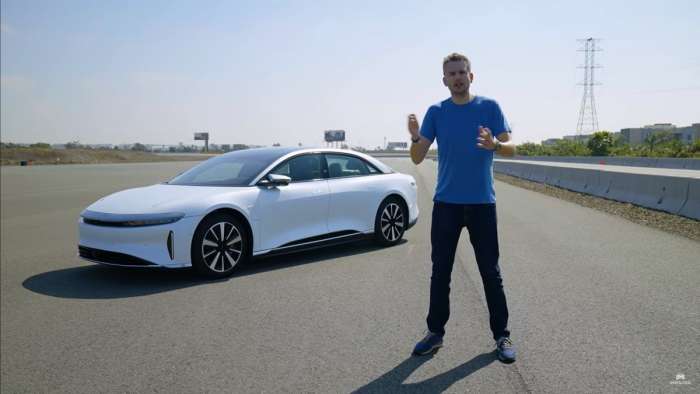 The Lucid Air underwent testing at the Edmunds private test track and out in the real world to smash the previous range record.
Advertisement

Trusted automotive testing and information site Edmunds has been exhaustively testing the Lucid Air with the result being high praise, some criticism, and a new top dog on their EV range leaderboard. Using the best-of-the-best range-wise, Edmunds tested the 933 horsepower Range version of the Lucid Air Dream Edition wearing a set of the more efficient 19-inch wheels.

The result from Lucid's longest range spec? The first EV tested by Edmunds to surpass 500 miles of range, handily beating second place by more than 80 miles.

Testing Conditions
The Air Dream Edition Range used for Edmunds testing eschewed the larger performance-oriented 21-inch wheels for a set of the 19s which give it its record-breaking 520-mile EPA estimated range. With all-season tires installed the test was performed on the same real-world loop that Edmunds uses for all its EV range tests located in southern California. As with the other cars on the Edmunds leaderboard, the Lucid was charged up to full and driven until 0 miles of range remaining appeared on the dash. 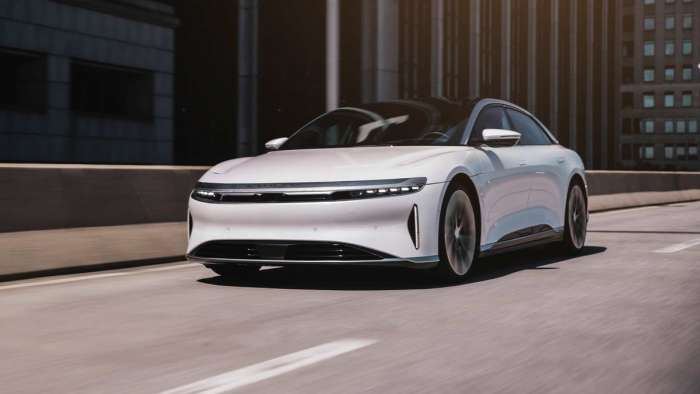 The result was a 505-mile journey which, while short of 520, still crushed the previous record held by the Mercedes-Benz EQS 450+. The big luxo-Benz managed an excellent 422 miles but the Air Dream Edition Range went 83 miles further to claim the top spot. Edmunds chalks the difference between the EPA range estimate and the real-world results up to the fact that car companies often use all five cycles of the EPA test in their quoted ranges rather than the two that ultimately matter.

"Short or not, anything with a range of over 500 miles is incredible, and Lucid has moved the bar 83 miles higher, relegating the EQS 450+ to a distant second place."

Efficiency
The Air also returned numbers that suggest it's a little thirstier for electricity than Lucid would have you believe. From the quoted 27kWh/100 miles, the testers calculated that the Air had actually used 28.3 kWh/100 miles. Not a huge difference, but still noteworthy. The Lucid was still the most efficient EV that Edmunds has tested so far, besting the previous record holder, the Tesla Model S Plaid, by around 12%.

Fueling Costs
The testers then go on to compare the fueling costs that would have been incurred in the states with the cheapest and most expensive electricity, which at the time of writing were Nebraska and Hawaii. Charging in Nebraska would have placed the price of the journey at $12.86, while fueling up with Hawaiian juice would have cost $52.88 over 505 miles. The testers point out that when dealing with a car that retails for $170,000 fueling costs are likely not high on the owner's list of concerns, but it's still interesting to think about especially when they bring a gas-powered vehicle in for comparison. 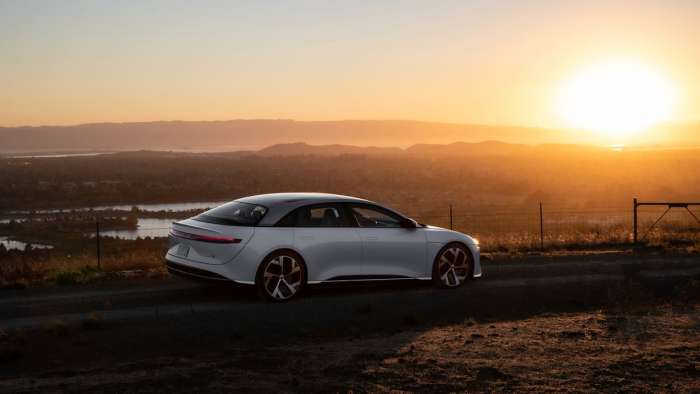 While it was hard to think of a ICE vehicle that can match the Range's 933 horsepower, the testers eventually chose the BMW M8 Competition Gran Coupe which starts at $130,000 but can easily reach $160,000 with options. Powered by a twin-turbo 4.4-liter V8 making 617 horsepower and rated at a combined 17mpg, the same 505-mile journey would have cost $127.75 in Nebraska and $169.32 in Hawaii. Again, fuel bills are likely of little concern to M8 Comp Gran Coupe owners, but the differences in the prices of electricity and gas are certainly food for thought.

The Verdict
Overall, the testers were positive about the Lucid Air Dream Range, saying that the hype around it was well deserved and praising its brutal acceleration capabilities. On the other hand, they experienced a few issues with software glitches and felt that some of the interior pieces were "of questionable build quality." Those are the kind of things that can improve with time, and the testers felt that the Lucid Air is an excellent achievement for any company, especially a brand new one.

Image by Edmunds and Lucid Motors licensed by CC BY 2.0.