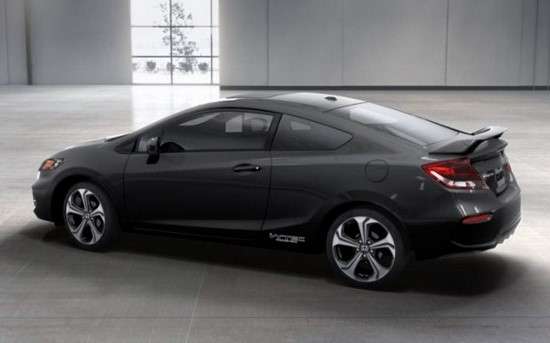 With Honda pushing “Happy Honda Days” down the chimney, how much money will it take to put Honda’s performance Civic Si under your Christmas Tree, can one find a discounted Civic Si for Christmas?
Advertisement

Last night I watched a Chrysler 200 television commercial where a man looking through the dealership window said “ he’d been a good boy,” and wished for Santa to put a 200 under his tree. Today we take a closer look at Honda’s “bad boy” Civic Si., and what it will take $ to put it under your Christmas Tree.

The short story: Although we do find special lease terms and discounted .09% financing on select Honda automobiles, 2015 Civic Si is not one of theme. Now, I’m not saying you can’t negotiate a favorable discount on Civic Si with you local Honda dealer. But the truth is, most if not all Honda stores special order Civic Si for specific customers. In our Western U.S. tour of dealerships, we rarely encounter an Si sitting on the showroom floor, and when we do it’s waiting for its proud owner to take delivery.

2015 Honda Civic Si coupe and sedan is a limited production car assembled in Alliston,Ontario, Canada for distribution in North America. With a base price of $23,090 + destination and all applicable fees and sales tax, Si is the most expensive Civic trim available in the states.

All Civic variants weigh in at around 3,000 lbs. 200lb or more, less than the competition. With Civic Si performance leaving Volkswagen Golf GTI, Ford Focus ST hatch and Subaru WRX base, reaching for more torque; so says Honda. We believe Civic Si to be an exceptional and affordable performance value.

Honda Si is the closest we’ll come to a European Type R in North America. Drive one if you( ever) find the opportunity, Civic Si is an “E” ticket ride.

In closing: We don’t find any exceptional financing or lease deals currently running for 2015 Civic Si. However, ask you dealership for veterans consideration($500) and college graduate allowance.($500) Expect to pay retail less these incentives on an ordered Civic Si. If you find one on the lot, negotiate!

Note: I’m looking forward to driving the 2016 Acura ILX early next year. While not the Si engine, ILX will feature a slightly de-tuned and counterbalanced version married to a state of the art 8 speed dual clutch automated manual transmission. I’ve experienced this combination in the 2015 TLX i-4 read about it here.

JeffS wrote on December 9, 2014 - 10:01am Permalink
Hey there Parks, "Happy Holidays" to you and all the Motorheads you work with at Torque. Have had my 2014 SI for about 6 months or so now. Have put a few thousand miles on it and I have got to tell you, I think it is the best car buy I have ever made. Having it good and broken in, I have been exploring its capabilities. Plain and simple, the thing is an absolute Hoot and Holler to drive and a SCREAMING bargain, even at MSRP. You can even get some controlled back end drift and that's pretty impressive for a stock front driver. When keeping my foot out of it, I easily get 28 mpg combined, and I live in a hilly area. Just recently took it on a longer highway drive, (about 150 miles) and got 32 mpg and that was doing 70mph with a few 80mph sprints. The ratio of performance to gas mileage is fantastic. Next up is an intake and exhaust mod. pretty simple stuff, and I'm guessing with 1500.00 or so invested, the already impressive fun factor in stock form will be raised even higher. The magic of this car is that it is so well balanced, HP to Torque to Tranny to weight to handling to ride to comfort to seating position, (yea it's manual adjustment on the seats, but you can find that ideal position that suits you, for most anyway), it all works together so well with one thing not mismatched to the other. If this car falls anywhere within the niche' someone one is looking for, they would be doing themselves a disservice to overlook it. "BULLSEYE", Honda.
Parks McCants wrote on December 9, 2014 - 12:25pm Permalink
Back at you JeffS and thanks for your comment. Reads like daily commute fun to me!