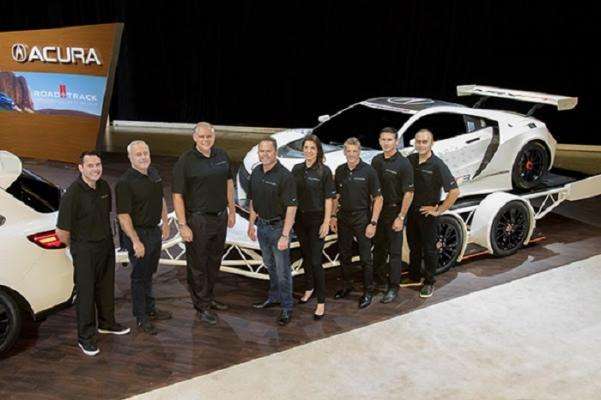 According to Acura News: Acura and the MSR team came close to a double-podium result in Detroit. The #86 Acura NSX GT3 of Jeff Segal and Oswaldo "Ozz" Negri ran as high as third before late-race contact from a following GTD car sent Segal briefly off-line, costing him two positions.

Starting at the rear of the 15-car GTD field after a crash in practice on Friday, Negri moved the #86 car up to 12th prior to pitting and handing off to co-driver Segal. In another dramatic strategy call, the MSR team elected to make the stop for driver and fuel only, saving time in pit lane by keeping the same tires on the #86 NSX and gaining six positions in the process.

Segal then moved up three more positions early in his run, and attempted to hold on to third place in the closing laps. But, with just over two laps remaining, contact from the following Lamborghini of Madison Snow briefly sent Segal off-line, and he fell back to fifth at the checkers. Still, the 1/5 finish for Acura and the Michael Shank Racing team today is the best combined result for the NSX GT-3 since it debuted in the season-opening Rolex 24 at Daytona International Speedway in January.

Torque News Senior Editor Patrick Rall is on the scene