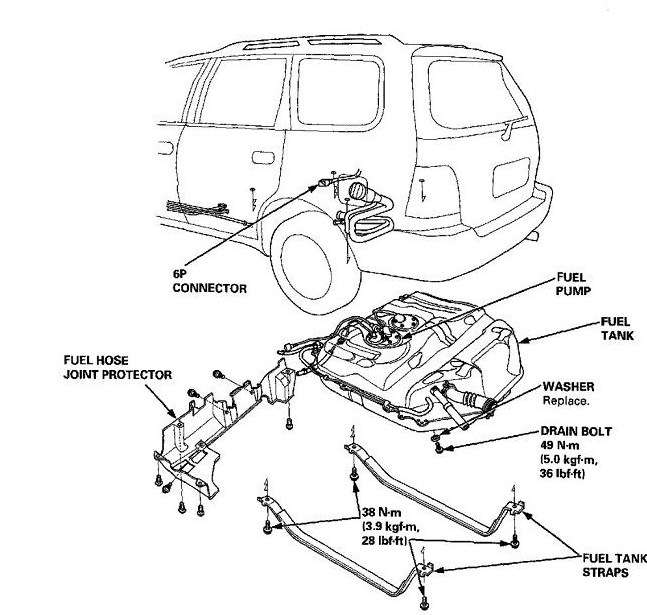 With yet another notification of voluntary Honda recall headlined throughout Cyberspace, we at Torque News-Honda solute American Honda Motors.
Advertisement

As reported by Torque News and the automotive press 15 April, American Honda Motors voluntarily initiated a fuel related safety recall for the Honda Odyssey minivan. This is our followup to that report.

Opinion: The possibility of your minivan catching fire from a crack in a tank submersed fuel strainer or the cover there of is excruciatingly unlikely. Honda has opted to eliminate that micro-minute risk.

Corporate America with a twist.

The latest recall of America’s # 1 selling minivan centers around a part that’s manufactured by Japanese Donso Corporation in the U.S.. Our educated guess is that the part in question (fuel particulate screen) costs a couple of dollars to manufacture.

The latest Safety recall follows Honda’s “Superbowl” safety “hugfest” commercial, staring tough guy Bruce Willis. The message while presented with humor, was sincerely clear. Honda cares about your safety. And, they will go to great measures to insure it.

At stake back in January was the perceived safety of the Honda 2015 Fit, tarnished by the results of an of-center front end collision crash test. At or about the same time, Odyssey was being recalled for “possible” early airbag deployment following a defective brake part recall.

As to the Mexican manufactured Fit: Scheduled for a midyear 2014 release to North American markets, the Fit is being groomed as the the logical entry level replacement for the up-sized Civic line.

This is where the story gets good. Based on dealership service records, indicating that fewer than 200 consumers had reported malfunctions (cracking) of the screen’s outer casing, the powers to be at Honda have opted to recall 886,816 minivans; manufactured between 2005 and 2010 as a precautionary safety measure.

Honda has offered to do so at no cost to the consumer.

While we don’t have access to the Honda Dealership Service Department “book rate” for this correction, we’re guessing 2 shop hours( minimum) per vehicle successfully recalled.

We can double the estimated cost of repair by adding in consumer time lost at the Dealership, courtesy vehicles and added conditional “discovery” repair cost incurred by the consumer.

Of course, this safety recall initiative is a two way street. By voluntarily recalling a vehicle for safety concerns through the NHTSA, Honda has effectively warned the consumer and provided an acceptable resolution; while releasing the company from further liability.

An action of due-diligence and preventive measure executed in direct relationship to the discovered “possible” defect of product.” A win, win scenario for consumer and manufacturer.

Raymond Max wrote on March 19, 2014 - 1:32pm Permalink
As a reporter and a ( past) volunteer fireman, I've yet to see a Honda product catch fire. However, it is possible. Honda by initiating this recall is heading off a possible disaster involving an unexpected consumer, or worse, a van full of commuters or children. Thank you Honda!