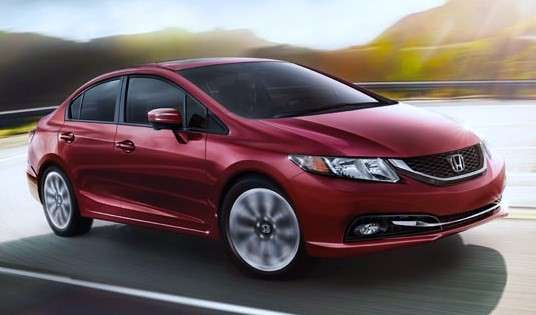 With 2016 Honda Civic coming off the line in late October, is now the time to purchase Honda’s finest Civic built to date? Looking to the “ Honda Summer Clearance Event,” we hear that dealers are “Dealing!”
Advertisement

While not our favorite visual year for Honda Civic, that’s a personal preference, 2015 remains a notable year for the much improved 9th generation people mover. Torque News takes a final drive in what is arguably Honda’s most technically advanced and safest Civic built to date.

Dropping onto the driver’s seat of 2015 Honda Civic, one can’t help but admire how far Honda has taken the car that took this Japanese brand from a cult-following status to a major worldwide automotive powerhouse. Once a very ‘manual cranker,’ Civic now sports many premium comfort and active safety features, standard.

When measured against the competition for base MSRP,($18,490 - $22,480 +) and superior standard active safety and comfort features, Civic sits at the top of an economy compact segment dominated by imports. And yet it’s mostly part sourced and “ Made in America.”

Civic sales numbers off a bit for 2015

Although Civic sales have down-trended just a bit in 2015, (we attribute this to the success of Fit and 2016 HR-V,) Honda Accord and Civic remain two of the best selling compact and midsize 4 doors in North America; with CR-V and Pilot dominating the mainstream SUV segment.

The reasons behind Civic’s multiple decade success are many, with initial quality, “ Bang for the $” and high residual resale value topping our list.

None the less, the 9th generation Civic manufacturing cycle has ended with the pending release of a totally redesigned built in the U.K. 2016 Honda Civic. Scheduled for release sometime in October, we believe that 2016 Civic will take the segment by storm. This is an opportunity for Civic buyers today.

With Honda making room for Civic Gen-10, now may be the best time to negotiate the purchase of a 2015 Civic. Honda-torque News made the dealership rounds on Monday morning and discovered Civic value-pricing, the savings are measurable.

On first look, this Honda aficionado recognizes Civic sedan for what it is, a decent looking, fair priced and well built transportation car. Nothing over-the top, yet enough bling and wheel treatment to catch the eye.

For 2015, Civic just happens to be one of the best standard equipped sedans in its segment; featuring an exceptional back-up camera, right side lane watch, ride stability, ABS, EBS braking, very decent i-MID 5 inch monitor, much improved hard and soft touch finishes, decent seating and much more; all standard. We like that.

As for sports performance, well , while we don’t look for sport-driving characteristics from this 1.8 Liter i-VTEC (143 hp.)4 cylinder gasoline engine, CVT transmission combination, our 2015 Civic EX test ride has no problem ingressing into fast moving freeway traffic. And, when pressed to do so, will move! But we’ll leave the heavy lifting to the Civic Si, ( if you can find one) we’re here to cruise.

Reaching for Civic’s push button start, Civic’s engine quietly comes to life as we drop the CVT (Continuously variable transmission) into drive, and head out of Kendal Motor’s driveway.

Adjusting the driver’s seat, while not electric, is fluid and second nature in its manual slide operation; with height adjustment achieved via a manual side pump jack. Everything else in Civic EX’s drive environment is power adjusted; windows, side mirrors, climate control, etc, all power or touch screen manipulated.

Civic’s engine at low RPMs is quiet, with overall ride quality, smooth enough. We rediscovered a much appreciated improvement in suspension and tire-road noise reduction over earlier Civic offerings.

Honda engineering has done a commendable job of taming Civic’s historically stiff and jolting ride through the employment of MacPherson struts,(front) multi-link rear suspension and stabilizer bars. We anticipate this suspension to carry into 2016, with the possible addition of amplitude reactive dampers.

2015 Civic presents a surprisingly comfortable and ‘roomy’ drive and ride experience in a car with a suggested base MSRP of $18,490. Drivers will experience a surprisingly sure footed, stable ride, steering to road feel and stellar ABS,EBS braking. Not a hot-rod, yet very capable.

Civic is not the lowest priced sedan in the segment, but quite possibly the best standard equipped. Our 2015 Civic EX sported fabric covered seats. In this case, I found them to be quite comfortable, nice looking , with Civic’s interior fit and finish to be well above standard. Honda’s done a great job here reducing or eliminating cheep looking molded plastic finishes in Civic.

Surprisingly, after exiting a Cadillac SUV, this 6 ft 5 inch journalist discovered a bit too much legroom in Civic, opting to slide the driver’s seat closer to the wheel.

looking to the dash display, i-MID, infotainment monitor and climate control, we discovered a well balanced, near-intuitive human to car interface, that was also pleasing to the eye. Civic EX further sports a power sunroof, ample charge and connectivity connectivity, as well as ample cup holder and front storage capacity.

Looking to the rear passenger compartment, we discovered a quality finished 40/60 split rear seat with access to the Civic’s large trunk, very handy for hauling longer objects. Yes a full size adult or two may sit in the rear, while Honda claims 3, we find that to be a bit of a stretch.

Civic’s a great commuter, general purpose people and ‘stuff’ hauler, that’s a given. However, the 1.8 Liter SOHC 4 cylinder gasoline engine and CVT transmission combination can be a bit rowdy at times.

The Civic CVT transmission tends to “break loose” a bit when transitioning from 45 mph to 60 mph +. We discovered the same high-revving characteristics in 2016 HR-V when pushing the ‘peddle to the metal.’ This doesn’t happen often and can be controlled with a bit of excellerator finesse on behalf of the driver. All in all, a good compact economy driver.

Show me the money

While we’re not here to sell you on Civic, you’re most likely reading this article because you’re entertaining the purchase of a compact or midsized car.

As of this posting, Honda dealers are ‘dealing’ on Civic. We discovered $2,000 dealership discounts, and...low to zero finance rates available on 2015 Honda Civic through Honda Finance; on a car that historically is rarely if ever discounted. Buyers interested in Civic now have the opportunity to purchase one at or below 2014 price levels.

Civic design and engineering has come a long way since its introduction to U.S markets in 1973. Built in East Liberty, Ohio since 1989, today’s Civic is constructed with a higher percentage of North American sourced parts than many domestic competitors. We find 2015 Civic to be a solid drive and ride purchase value, and when taking current dealer and factory discount incentives into account, a ride well worth your consideration.

In short: Drive 2015 Civic for 4 or 5 years, maintain it to factory specs, hold the miles down to within reason, and get 50% + of your purchase price back at trade in time, that’s Civic, rock solid.

Patrick wrote on August 19, 2015 - 1:38pm Permalink
Parks - The Civic hasn't been built in East Liberty, Ohio since about 2008. Since then it's been built in only two factories for North America: Greensburg, Indiana and Alliston, Ontario.
Parks McCants wrote on August 21, 2015 - 6:59pm Permalink
Thank you for the clarification Patrick. Much appreciated. [ I believe you brought this to my attention once before.] I'll lay this one on Wikipedia.