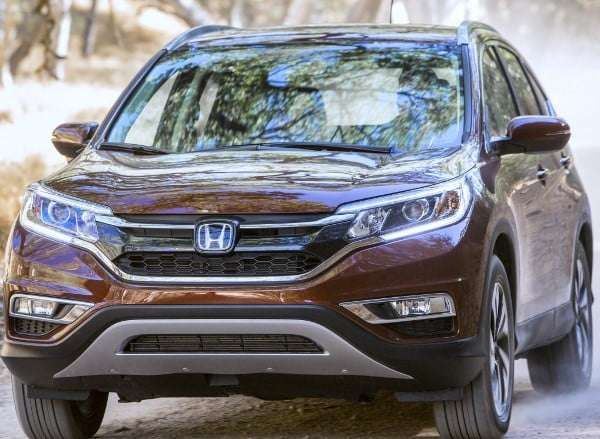 2015 Honda CR-V: It’s those little things that make the difference

Despite a higher retail price than much of the competition, Honda CR-V has held its position as the number one selling SUV in North America 10 years running. Sometimes, it’s those ‘little things’ that make the difference.
Advertisement

As full size truck and SUV drivers we never held much interest in the compact to midsize SUV segment. Sure, these pocket size SUV, crossovers were initially less expensive and averaged twice the MPG of full sized offering, but were often cramped, uncomfortable and under-powered.

Much of that changed in 2005, the year that Honda CR-V and Toyota Rav4 were reclassified as compact SUVs. The sub-compact or mini had been dropped from the vocabulary with the ever up-sizing at the hands of the EPA and public demand. To a certain extent, bigger is safer, and so it went. I've always liked the look of the off road want-to-be Rav4 with its tailgate mounted spare and knobby tires. Honda followed suit and the competition between Honda, Nissan and Toyota began in earnest.

I’m not intentionally leaving Dodge, Ford and Chevy out of the mix; Geo, Mitsubishi, Subaru and Suzuki. They all took their shot at the segment and fell to the wayside in the rear view mirror of the top 3. Besides, there’s only so much cyber space allotted to us for this story.

Today, an up-sized Honda CR-V takes on all comers as the# 1 selling SUV in North America; no one comes close. Looking to the price and specifications we discover that Honda CR-V is not the cheapest offering in the segment. in-fact, its “Touring” trim is the highest priced small SUV of the top 3. And yet, it remains on top of a very crowded ”white hot” automotive segment.

For 2014 Honda CR-V outsold Toyota Rav4 by nearly 60,000 units, while initially costing(on average) $185 to $2700 more than Rav4. Looking to those “little things” that differentiate Honda CR-V from Rav4, we have to take a very close look; #1 and #2 are sisters by different mothers.

Last Fall in Huntington Beach, California we were introduced to the “significantly refreshed” 2015 Honda CR-V. Driving a 2014 model just the week before in Santa Cruz, set the predisposed anticipatory disdain meter a bit higher than justified. Nonetheless, the skeptical crowd of automotive press writers were notably taken by what we would soon discover to be a much improved Honda CR-V experience. Greater usable power, improved interior, fantastic seating and much improved ride and stability, Honda had done it again; impressive! And then there's the electronics, will leave that for another article.

Looking to the performance numbers

Let’s get the exterior styling question out of the way. While we find Honda’s exterior design to be attractive, other’s will look subtle nuances in interior and exterior design cues, head and tail light- placements, trim availability,grill design, rim design and color choices. Those are personal preferences, we leave that up to the reader.

While conducting a side by side drive review of Honda CR-V, Ford Escape, Nissan Rogue,and Toyota Rav4, here’s what we discovered.

Honda CR-V’s initial fit and finish throughout the lineup is superior to the competition in soft and hard material composition, metal and wood-like trim applications and cabin ergonomics. Starting with the seats: We found Honda’s front and rear seat construction, craftsmanship and material selection to be visually superior to the competitions. This is especial true in the construction and operation of the second row folding bench. We also appreciate the option of a power adjusted, perforated leather seat in the Touring Edition. Visibility is good, placement of all instrumentation and controls balanced and intuitive.

On a side note: Honda engineering has greatly improved the braking by re engineering the calipers, thus reducing brake pedal pressure by several pounds. That’s one of those little things. Also, for 2015, Honda is including $750 in convenience and active safety upgrades across the lineup at no additional cost to the consumer. For 2015 we discovered a CR-V of greater refinement, much improved driving manners and a quiet driving environment. Another Words, Honda took the number one selling SUV in North America, added standard features at no additional cost, and improved CR-V beyond the expectations of the industry and small SUV buyer.

For those drivers wishing for luxury level accouterments packaged in a reasonably priced small SUV, we direct you to the AWD Touring. Featuring upgraded leather interior trim, an 8 way power adjusted driver’s seat, Honda Link ™,voice command navigation, touch screen personal connectivity, and that all important powered liftgate, Touring slams the competition with exceptional urbane styling and value. No one builds a small SUV superior to Honda CR-V at the price point. It’s that good!

detroit_steel wrote on February 11, 2015 - 4:32pm Permalink
I traded my 2011 Mitsubishi Outlander 2.2 Di-D 4WD TC-SST (double clutch transmission) for a 2014 1.6 2WD i-DTEC CR-V with a 6 speed manual. The CR-V beats the Outlander in every aspect except extreme winter conditions, where the 4WD of my Mitsu obviously had advantages. The CR-V is well constructed, agile, comfortable and frugal (47 real world mpg). I love it and it looks like I will keep it for a long time. Can´t understand why my fellow-Germans prefer VW Tiguan.
Parks McCants wrote on February 11, 2015 - 8:52pm Permalink
That's what friends are for detroit-steel, educate them! Enjoy your CR-V and thanks for commenting.

LG's New EV Battery Plant Is a Welcome News for Tesla
Tesla Giga Berlin's New Hurdle: It's Not Only the Gov't, but Now Tesla Itself
END_OF_DOCUMENT_TOKEN_TO_BE_REPLACED