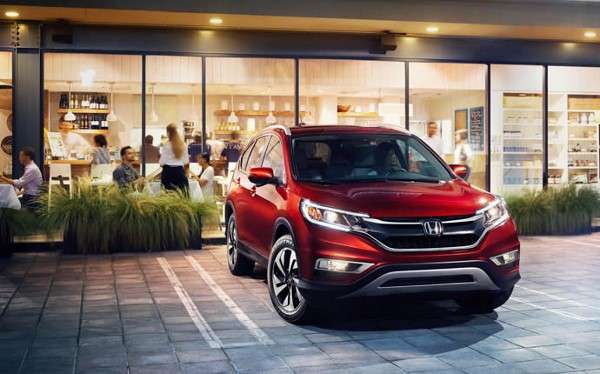 What’s next for CR-V?

Torque News participated in Honda’s Huntington Beach introduction of the “refreshed” 2015 CR-V SUV; at that time the best selling SUV in North America. I wasn't expecting much change for CR-V scheduled for a major model re-do in 2016.What I witnessed was the resurrection of a long-standing but stale North American icon.

My friends down in Torrance at American Honda Motors headquarters are in general a tight lipped group. Despite a media leak(or two) over the past few months, Honda doesn't tend to announce ground breaking developments prematurely.

Upgrades for 2015 Honda CR-V is what Honda PR refers to as a substantially “refreshed” CR-V SUV. This time Robyn and the group down at Honda PR did a commendable job at hiding a gross understatement. CR-V is substantially upgraded and visually massaged for 2015 and is driving Honda light truck sales to new highs; it’s that good!

When I first arrived in ”Surf City” for Honda’s unveiling of the refreshed CR-V, I was a bit skeptical. As a life-time Honda owner and product aficionado, CR-V failed to impress me. The week before the event had been spent driving a 2014 CR-V In Santa Cruz, Ca. I found the 2014 model to be high in visual production quality but low in seat and ride comfort.

I considered cancelling my 2015 Honda CR-V review commitment for fear of writing an exceedingly harsh review of the # 1 selling small SUV in North America.

On first look, one notes a subtle change in CR-V’s exterior; re-styled and much improved head and tail lights; Civic Si style lower cowling and fog lamps an improved grill and bumper design. A mild uptick in bling and upgraded rim styling all but hints at what awaits the driver in a much improved CR-V driving environment.

I’m that guy you know down the street that shows up in a new car once or month or so.Thanks to my friends at Honda and Acura I’ve either owned or driven most of if not all Honda manufactured cars and light trucks.

While I won’t step out on the edge of an automotive cliff and compare Honda CR-V’s ride to Odyssey, Pilot,Acura MDX, or Accord Hybrid, I will say that Honda has nailed down the taming of a short-channeled CJ Jeep- like chop once inherent to CR-V; it’s gone, I’m grateful.

Seating surfaces have been measurable improved, the rear bench is best in class; Ford Escape, Toyota Rav4 and Nissan can’t touch it. The ergonomics, road noise level, fit and finish, instrument and control access have all been improved in CR-V for 2015. You may read a full drive and review here.

In closing: Honda is experiencing record sales for CR-V for one reason: 2015 CR-V offers the greatest standard feature value and trim selection in its segment while holding the bottom line.

Looking to a base MSRP of $25,420( plus delivery and applicable fees) for a 4x4 Ex CR-V, when I take upgraded standard features into account, Honda is giving the buyer $600 in free upgrades. The best overall value in its segment,CR-V is well worth the test drive.

JeffS wrote on November 4, 2014 - 9:11am Permalink
Another reason to be, "Kinda fonda Honda".
Parks McCants wrote on November 5, 2014 - 12:02am Permalink
Good jingle JeffS, shall I pass it on to Honda PR?
JeffS wrote on November 5, 2014 - 7:05am Permalink
Good morning Parks, I can't take credit, can't quite remember where I picked up on the slogan, was moons ago, (might have even come from a Honda advertising campaign) has stuck with me since. There is something about Honda that is very appealing, it's hard to put your finger on it, but I think allot has to do with them following their own path, they seem to be reluctant to follow the, "Crowd" and therefore offer up some unique choices that can't quite be found elsewhere. I'm not bashing other Mfgs., Honda is certainly not the only game out there that is worth playing, it's just their game comes off as a little bit different, for me anyway that's the appeal, (the fact that they screw together a quality car doesn't hurt). As you have stated many times, comes down to personal taste and perception. Right on Parks, WRITE on.
Parks McCants wrote on November 7, 2014 - 4:30pm Permalink
Thanks JeffS. Cool none the less!