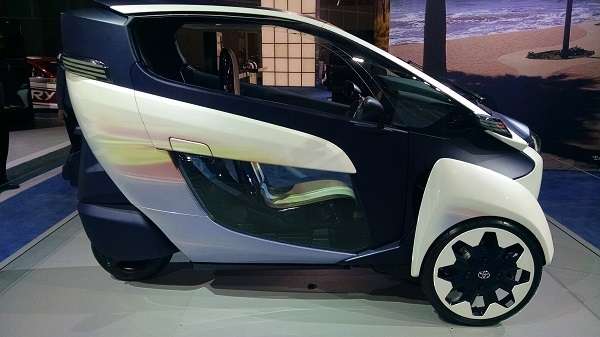 America Shuns Hybrid EV Option: The road back to $5 Per Gallon Gasoline

According to the United States Department of Transportation, cumulative miles driven in the U.S. just set a new record, year over year and for the month of March 2015. History would suggest that consumers are now ripe for the taking, with Americans driving more than ever before.

In a late May article, Torque News-Honda reported a pending U.K.Team Honda effort to set a new Hyper-Mile MPG Guinness World Record for fuel economy. We asked our Civic readers for a bit of feedback as to their actual EPA-MPG, not one of them responded. No worries, our 8th and 9th generation Honda readers are mostly performance people, and don’t necessarily look to high fuel efficiency from their modified Honda Civics. We understand that.

However, the lack of reader response further lead us to explore the news a bit--as we pondered the question at hand. While Honda continues to be a front runner in fuel economy, we find a proliferation of paper plated SUVs, pickup trucks and new generation muscle cars on the road. Case in point: Honda and Acura Divisions best sellers are SUVs and crossovers.

Although Honda, Acura brand SUV s are segment leaders in relative fuel economy, they're not fuel-sippers, gasoline hybrids or EVs, and all represent the low-end of the Honda lineup mpg spectrum; Honda can’t build enough of them.

Honda moves Accord Hybrid production back to Japan, while EVs fall to the sideline

For a company founded on high fuel economy and market entry MSRP, we find this turn of events to signal a shift in consumer consciousness. Has cheap plentiful gasoline shoehorned consumers into larger, fuelish vehicles? Or, have we momentarily fallen asleep at the wheel, forgetting the lessons learned at the hands of $5 per gallon gasoline, and the hit on our personal economy.

Looking to Honda’s 2015 Accord Hybrid, we find arguably Honda’s finest Accord being shipped back to Japan in the wake of low sales due to cheap-gasoline-driven- fuel-efficiency-complacency. In speaking with consumers and dealers alike, in the wake of cheap fuel prices, low interest rates and manufacturer’s incentives on larger, less fuel efficient vehicles, most buyers can’t or won’t justify the higher sticker price of hybrid, EV driven fuel efficiency. While priced at or bellow $20,000, this fun to drive hybrid 2 seater won't sell.

At one time (less than 2 years past) the #1 chief concern of most new car buyers was fuel efficiency. This trend coincided with a measurable increase in gasoline hybrid and EV development and consumer sales.

Today, with gasoline available in most North American regions at less than $3.00 per gallon, consumer have fallen into a sort-of “Cheap-gasoline-mpg complacency.” Initially the media hyped that cheap gasoline was not promoting more miles driven. This report negates that assertion as U.S. driver’s break an all-time miles driven record for March, 2015.

While the D.O.T takes this news and spins it into a campaign for road infrastructure repair and replacement, Torque News takes a closer look at the economic implications of greater miles driven.

Although the barrel price of Brent Crude is an indicator, and certainly has an effect on the contract price of unleaded, demand of fuel far exceeds the influence of crude on futures contract speculation. Long-term players, and specifically automotive manufacturers know it’s just a matter of time before retail gasoline turns the corner and settles back in the $4.00 per gallon bracket, the “Sweet-spot” for gasoline hybrid and EV sales.

Despite what we read about Tesla Motors in the news, General Motors is positioning a dominate market return as the #1 EV manufacturer in North America. In speaking with Toyota, and Honda Motors, we’ve learned that they too will expand on hydrogen fuel cell /electric and stand-alone EV development and sales, as we round out the 2nd decade of this century. For those interested in purchasing a gasoline hybrid or stand alone EV, now may be the best time to negotiate that “Sweet” price-point with your local Honda, Toyota and yes...Tesla outlet.

Watching regular gasoline climb to $3.25 per gallon in Eugene, Oregon this weekend was a preview of things to come. While gasbuddy.com and other tracking sites tell consumers that unleaded gasoline should “Settle” somewhere around $2.75, latter in the Summer season, that’s of little comfort for those of us that drove through the last recession, fuel price double-hit of 2008- 2013.

History will undoubtedly repeat itself as to skyrocketing gasoline prices. There’s also that “Eco-consciousness” thing that we like to talk about in the Pacific Northwest. Gasoline hybrid electric and EV will take us there.The aforementioned manufacturers in this article know that, as they approach near-zero CARB clean-air compliance.

That’s their skin in the game. C.A.R.B guidelines tell us that for every pickup truck and SUV manufactured and sold in North America, Chrysler, GM, Ford,Toyota, Honda and all manufacturers that sell cars on this continent must offset less fuel efficient vehicles, with higher fuel efficient, cleaner burning cars and light trucks. That’s the mainline auto makers chief motivation to develop and manufacture alternative fuel and powered personal transportation.

Honda’s segment boundary breaching Accord Hybrid has transitioned back to Japan to make way for an anticipated growing consumer demand for SUVs and light trucks. In other words, Honda’s answering current market demand while leaving their options open. While seemingly a step backwards for the “Green” minded, it’s simply good business practice for Honda.

The balance of the equation is market driven. And that’s where the consumer comes into the picture, as we, the driving public balance vehicle size, power and creature comfort against the fuel efficiency of more often than not less powerful and a bit smaller “Green” compliant personal transportation modes. It may be time to upgrade the Nikis or pull the bicycle out of the rafters, as America falls into a cheap gasoline driven mpg complacency fuel trap.

John Goreham wrote on June 1, 2015 - 5:22pm Permalink
I liked this analysis very much. There is a lot here to take in. One thing I wish to add to this is that Honda's present Accord Hybrid line didn't seem to catch fire. As you point out it could be entirely timing. However, if you step back and include the last three years when gas prices were higher as well as lower, the trend is that in the green vehicle world the Plug-in hybrids and range extended vehicles are doing best. In the i3 line the range extended vehicle matches the BEV sales. I wonder if the PHV Accord was just too much and if a simpler design at a lower cost would have done better? The same may be true of the Hybrid Accord. Gas here is about $2.65 for regular unleaded by the way. That includes the new, higher taxes Mass. added. Honda's lower than expected green car sales may be entirely timing as you point out.
Parks McCants wrote on June 1, 2015 - 5:39pm Permalink
Thanks John. You're point is well taken. I agree with you, plug-in hybrids do offer the best of both worlds. Unfortunately, for most manufactures, plug-in -gasoline/electric hybrids remain regional-compliance cars. I believe the Boston Zone is one of those regions. *Take a moment to drive the Accord Hybrid. I believe it to be Honda's finest production sedan offering to date. As to regional price of fuel, it's just that, regional! At any rate, the longer fuel price stays bellow $4.00 per gallon, the longer it will take(most) consumers to adapt to the nuances of alternative personal transportation. Thanks for dropping by.
Robb Stark wrote on June 1, 2015 - 7:45pm Permalink
Neither GM, nor any of the legacy automakers, have nor are planning to have the battery capacity to have dominant EV market share. LG Chem may match Tesla's battery production. But that production will be split among GM,Ford, VW,Hyundai and possibly MB,Nissan, and their subsidiaries. On my street corner of Los Angeles regular unleaded is $3.85. The return on investment to go from '15 Accord LX to '15 Accord Hybrid is ~112k miles. Then I start saving money. Most new Honda owners will not drive their Accord 112k miles. Some will drive their Accords 300k miles but most will sell their cars or return their leased Hondas before they ever reack 112k miles. Accord Hybrid needs to priced at Fusion Hybrid level, $26k.
Parks McCants wrote on June 2, 2015 - 1:11am Permalink
Welcome Robert. We all have an opinion, thanks for sharing yours. All EV and gasoline, electric hybrid vehicle pricing will adjust down as consumer demand increases. Higher priced gasoline will increase demand for alternative vehicles. Take care.