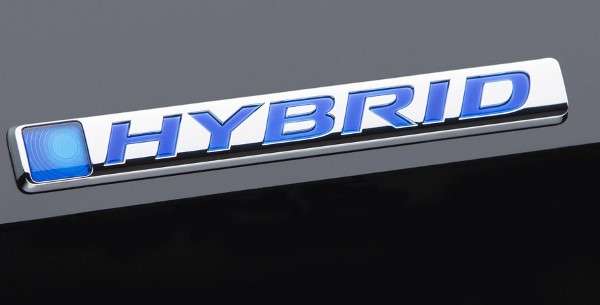 While the headline makes a bold statement, sales numbers and input from our dealership network confirms what Honda Motors Japan already knew; that cheap gasoline in North America will kill Hybrid and EV retail sales. There's been an ongoing argument around the virtual water cooler at Torque News. Is the higher(initial)purchase or lease cost of a gasoline/electric hybrid or EV justified by fuel savings?

For many, as fuel prices fall to near historic lows and internal combustion engines record exceptional fuel economy and near zero emissions, the answer is no!

During much of 2014 we tracked falling hybrid sales numbers. Speaking with our dealership network we discovered that the hard to find Accord Hybrid did sell when it hit the lot, but Honda wasn't shipping enough to meet buyer demand. That was prior to down trending gasoline prices in the U.S..

When asked by Torque News as to tight availability, American Honda Motors pointed to a scarcity of the imported Japan manufactured battery module installed in the U.S. assembled Accord Hybrid. In the meantime Honda dropped the Insight and Acura ILX Hybrid variant; did Honda know something we didn't?

Also missing in action was the much touted 2015 Acura RLX Sports Hybrid sedan. Originally destined for U.S. dealerships midyear, RLX in its hybrid variant had failed to make an appearance as the all new TLX took the lead in Acura sedan sales. Had Honda held off on importing Acura RLX Hybrid for quality concerns as reported by Honda; or was there simply not enough market demand for luxury hybrids in the U.S. to justify dealership participation?

We believe that gasoline/ electric hybrid technology is the quickest route to exceptional fuel economy, torque and near zero emissions. Looking to the numbers we find that Honda, Acura hybrid sales were up 12% month over month with a year over year change of 38%; driven by Accord Hybrid sales.5 Honda Fit EVs were leased in November. For November Honda 2082 hybrid vehicles. To put this number into perspective, in 2013 Toyota sold 1,279,400 Prius hybrids in North America; at that time $4 gasoline was the norm.

In the final week of 2014 our readers tell us that Honda Dealers now offer Accord Hybrid $ 4,000 below MSRP. We’re reading numbers as low as $25,900; Toyota is running year end clearance sales on Prius as retail gasoline price falls below $2 in many regions of Canada and the U.S.. We believe that this short turn ebb in the pump price of gasoline will sideline hybrid car and light truck development and distribution in the short-term. For those buyers with long term mindsets: Now is the time to deal on hybrid vehicles.

Parks McCants wrote on December 31, 2014 - 9:00pm Permalink
Happy New Year! Thanks for reading.
detroit_steel wrote on February 11, 2015 - 4:47pm Permalink
I wish HONDA would offer the Accord Hybrid in Europe. They are even killing the European Accord sedan and station wagon altogether this year. In Germany, HONDA now only offers Jazz (Fit), Civic hatchback and station wagon, and CR-V. HR-V will be introduced this summer. That´s it. They only sold 23,000 cars (all models combined) in 2014 in Germany (a market with 3 million annual sales), can you believe this? Hyundai, Kia and especially Skoda (a Volkswagen brand from Czech Republic) are the winners of the past years.