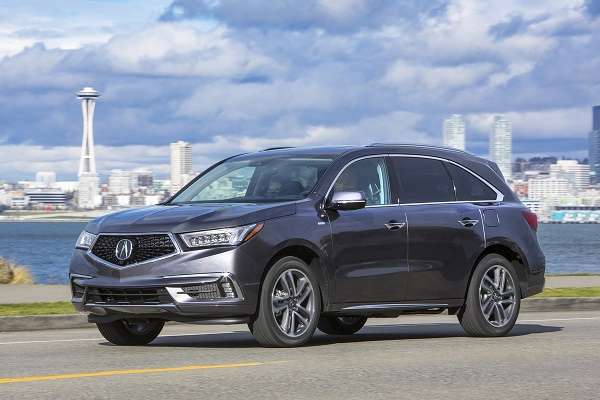 Definition: SUVGS, or SUV Guilt Syndrome, often results from the purchase of, ownership and operation, of an over sized, over chromed, Dub wearing, gas guzzling, 3-row SUV.
Advertisement

The syndrome is most noticeable when refueling, or traveling in regions of “green car” saturation. Symptoms range from glaring stares coming from compact car drivers, difficulty parking and maneuvering, as well as a need to constantly refuel, followed by frequent waves of anxiety and thoughts of "what if."

How does one improve on the best selling premium 3-row SUV in America?
Inject a bit of hybrid enabled “green” power into the mix. We drove the 2017 Acura MDX Sport Hybrid SH-AWD in Advance trim, and question why all SUV manufacturers don’t electrify -- it’s that impressive! 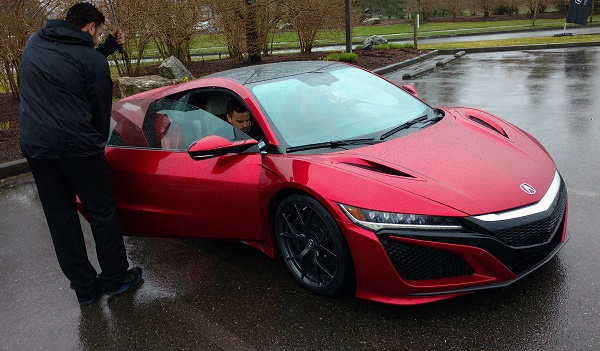 For Acura, it all began with the introduction of the under appreciated RLX Sport Hybrid premium flagship sedan. Next up was 2017 NSX, the only designed and manufactured in North America hybrid supercar. In rolls 2017 MDX Sport Hybrid, the first gasoline, electric 3-row SUV available in Acura’s lineup, designed and built in Lincoln, Alabama.

Note: The non hybrid offering is available in both FWD and AWD. All variants present premium comfort and exceptional road-handling drive dynamics.

Seattle, Washington is the perfect location for presenting Acura’s latest and greatest electrified MDX advancement to a very discriminating automotive press. For the 3rd week of March, Winter held on with a vengeance, as near blinding rain bounced off MDX Sport Hybrid’s sound insulated windshield -- between rain-sensing intermittent beats of rather effective windshield wipers. Arguably not the best driving conditions for most drive events, yet perfect for demonstrating the road sticky attributes of Acura’s first hybrid premium SUV.

Granted, I’ve spent much time behind the wheel of MDX over the years, you could say that I’m sold on MDX, but this one was different from the rest, it’s electrified. In effect, Acura engineering injects electrified “green” performance to the betterment of drive dynamic, road handling, and in-town fuel efficiency -- resulting in an overall reduction of exhaust born carbon emissions, through greater overall fuel efficiency. Less fuel burned, less greenhouse gas emitted.

That’s the difference in MSRP (suggested retail price $ 51,960 + base hybrid) between a comparably equipped MDX SH-AWD and MDX Sport Hybrid SH-AWD. Acura tells us that most consumers will recoup the price difference in real-world fuel savings over the first 3 years or so. With a combined fuel efficiency of 26.5 city/highway. What are the additional advantages found in electrifying MDX? Let’s drive it.

2017 found Acura adding just a bit more premium to MDX. Today we discover a much refined drive and ride environment. Premium leather covered, accent piping seating surfaces, and real-wood trim now adorn MDX, with a welcoming palette of contrasting color and premium materials. From where I sit, fit and finish is top of class, as it should be.

Easing onto the the driver’s seat, I mentally note seemingly infinitely adjustability, affording my tall frame ample leg room between seat and dash with the press of a lever. The seat although new, is as comfortable as my favorite leather office perch. Acura’s smart wheel in MDX is power adjusted, as are side mirrors and windows with an easily accessible position memory button located to the left of the driver -- it’s a very sensory pleasant, near intuitive, drive and ride environment. On the surface, MDX hybrid looks and operates much like its non hybrid counterpart. I believe I overheard someone in the crowd mutter “performance sleeper,” True story. Other than a “hybrid” badge placed on the front side and rear cowling of MDX, the Advance offering is identical.

A 3rd electric motor is paired with the transmission for regenerative purposes, and the occasional “electric-only” drive duty. An advanced charge controller and battery module directs this seamless symphony added torque and horsepower enabled electrification. The added weight of the hybrid component is located below and behind the driver’s seat, thus achieving a slightly lower center of gravity. This results in a track-like cornering capability generally reserved for sport coupes.

2017 MDX port Hybrid drives more like a track-ready sport sedan than a 3-row SUV, yet maintains a rather upper crusty, dare I say cushy drive and ride environment -- while consuming no more gasoline than most compact crossover offerings on the market today. As I pushed our MDX hybrid to the reasonable driving limits of a very wet Seattle afternoon, I was just a bit blown away by how road-sticky, and rock-solid cornering stable MDX hybrid truly is. Road traction and braking is seemingly not affected by wet roads. And thanks to improvements in body sound deadening insulation, auto glass, and computer controlled hydraulic dampening, not only is MDX float-smooth, over some rather rough country road surfaces, but eerily quiet in the cabin. As a bonus of electrification, we now find 4 drive modes in MDX hybrid, effectively electronically tuning shift patterns, steering wheel feedback and suspension dampening. ACMDX wrote on April 5, 2017 - 6:01pm Permalink
Now please tell Acura to put some sport accessories and look back to the MDX. I have a 2011 Acura MDX advance, and it was barely a nice sporty vehicle with the 8.5" wide wheels that the new MDX's models don't have as an option now.. I can't buy the newly neutered models with no exhaust, no sporty wider wheels, etc.. You can't compete in the luxury market with a utilitarian look just to make 1 mpg more.. Look at Lexus, they have now nice sporty vehicles with all the money they made by making vehicles more attractive.. Acura continue to lose the race on being relevant in the sport vehicle area and even in the utilitarian areas.. Please..!!! somebody fire Acura's corporate board and infuse some young sporty corporate blood/brains into that company.. Great engines, great reliability (my MDX advance has 128K miles and feels still new), complete fiasco in sport looks.. I come from owning two Mercedes SUV's that were garbage and falling apart after 100K miles.. but can't make myself buy the new sport-less MDX look..
mano mishra wrote on April 4, 2018 - 9:29pm Permalink
Hi ! is mdx awd is better over sports hybrid for minnesota snow driving ? I learned, the hybrid model has less power n rear axel? Please advice.