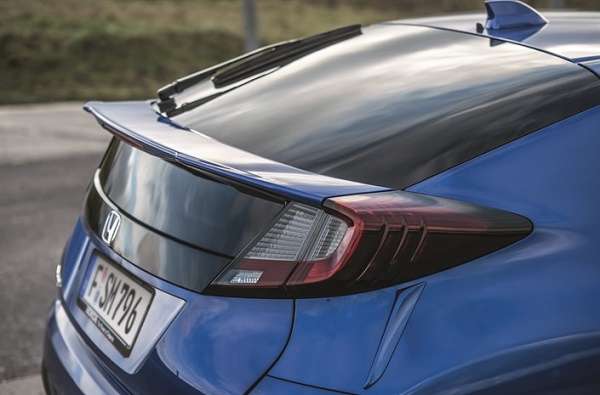 With Honda and Toyota punching it out for #1 in the world’s largest car market, in rolls the 10th generation 2016 Civic. Honda places the emphasis on “sporty and fun to drive.” Will it be innovative enough to take the market lead for 2016?
Advertisement

In an ongoing battle for sub compact and compact car segment supremacy, Honda and Toyota are the historic front runners in the entry-level, 4 door family sedan segment.

Toyota’s down the street in Torrance, California, and Irvine, California lays claim to Korean upstart Kia. California presents a very competitive volume automotive market with no guarantees as to brand dominance with much competition. Los Angeles is a reflection of the world, when it comes to automotive design and real-world marketing.

For 2014, Honda Accord surpassed Toyota Prius hybrid as the bestselling sedan in the Golden State, Honda hopes to position the redesigned Civic to do the same in the very competitive compact car segment.

Civic, the car that fueled Honda’s rise to segment dominance in North America has taken a backseat to Honda CR-V in past years, with import buyers opting either for the compact SUV or the slightly up scale Accord.

Honda intends to beat the crossover trend in 2016 with the introduction of the most refined and tech-driven Civic sedan in Honda history, presenting a promised coupe, Si and hatchback model to follow in short progression.

Can Honda reignite the Civic excitement of past decades, with the launch of arguably the best looking Civic in Honda history?

Driving the streets and highways of Los Angeles, visually, Honda and Toyota dominate

To keep Civic in the running for the bestselling entry level 4 door sedan and coupe in North America, Honda’s 4 door benchmark will come to dealers sometime in October sporting a significant upgrade or two, while holding the base model MSRP below $19,000.

We’ve seen the new Civic body styling in person, reviewed the engine and transmission choices, and drooled over a possible Type R prototype or two. But Honda’s remained tight lipped as to the contents of the tech-filled cabin, configuration of the center stack, details as to suspension, final body dimensions and more.

Bottom line: 2016 Honda Civic will offer more, while holding the beginning MSRP below $19,000

When looking to the possible purchase of an entry level car or light truck, consumers most often weigh the competition based on price point, standard features, base performance and hopefully an injection of fun, utility and reasonably good looks. 2016 Honda Civic promises to bring all of that and more to market sometime in late October, or early November 2015, with a surprise or two.

Looking to the recent release of 2016 Honda Accord and the base features of 2016 HR-V, if Honda follows suite, and we believe that they will, 2016 Honda Civic will be the best standard equipped 4 door sedan in the compact segment, with Civic Coupe and Hatchback arriving in late 2015 and early spring 2016, in that order.

We’re not sure what the mother company is up to here. Nor is Honda-Torque News clear as to the multiple-point of manufacturer directive as it pertains to the 10th generation Civic. Will some Civic offerings continue to manufacture in Canada and The U.S.? Or will all Civic variants be manufactured in Swindon UK?

We do know that Civic manufacturing has been sent to England to better utilize an underutilized car plant while making way for anticipated growing demand for Honda CR-V and Pilot in North America. We further know that the designed in California Civic will sport 2 manufactured in Anna, Ohio engine choices.

We further anticipate an upgrade or two as to interior comfort and utility with a design emphasis placed on the driving environment. Looking to 2016 Honda HR-V, we believe that Honda Civic will follow suite with an upgrade to improved interior quiet, ride quality, a heated and cooled driver’s seat in the EX-L and possibly Civic Touring level.

What we predict for 2016 Honda Civic

We’d like to see a power adjustable driver’s seat for Civic, with Garmin navigation and dual O.S., Android and Car-Play cellphone connectivity capability as found in 2016 Accord.

Looking to the Civic concept we find advanced sound deadening 17 inch wheel design, and anticipate something similar for Civic. Honda’s amplitude reactive dampening does a great job in taming the road across the lineup; it’s time to bring it to Civic.

Honda-Torque News recently revisited the exiting 2015 9th generation Honda Civic, arguably a great value for the car $. While we weren’t wowed by the exterior design, or overall drive performance, we did find Civic to be capable; pleasing to the eye in most respects, and just ‘bling’ enough to visually set it above the competition.

Looking to Civics’ MSRP, and what one gets for the $, Civic remains the greatest initial purchase value in the segment, and along with Toyota Corolla, holds the highest long-term residual resale value in the segment. That’s a tough combination to beat, and maintain for that matter.

Looking to the 2016 Honda Concept coupe and a plethora of spy shots populating the internet, Civic base price,(under $19,000) and body design will initial drive first quarter sales to near record highs. However, it will be the total package of exceptional standard feature value and best in class performance that will sustain Civic sales, something we’ll discover when driving 2016 Civic in late September 2015.

First Videos From Inside The Boring Company's Las Vegas Loop
Cadillac Lyriq, an EV Crossover With a Giant Display, Warms Up With Pre-Production Show
END_OF_DOCUMENT_TOKEN_TO_BE_REPLACED