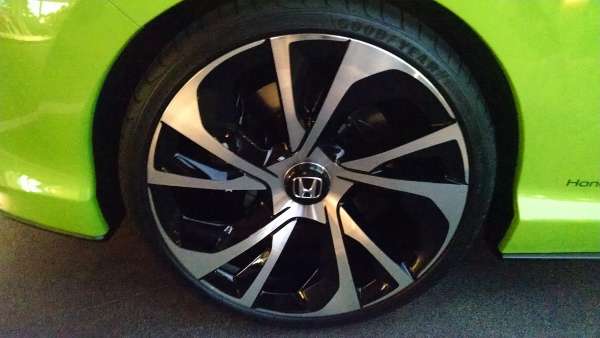 Arguably the best selling car in Honda history, Civic sedan and coupe remain a good value for your car buying dollar. So what’s the big deal, what are buyers looking for in the 10th generation Civic?
Advertisement

Truthfully, as with all marks, the majority of Civic sedans and coupes on the road today are well used. looking to our reader demographics, the Civic enthusiast crowd is largely composed of young men and women in their teens through mid to late 30s. Would they like to own a new Civic? Sure, but they want more, and don’t necessarily want to pay more for it. And then there’s that missing in action hatchback variant.

Our Si group, while perhaps just a bit longer of tooth, is just as if not more enthusiastic about their Civic as the kids, and then there’s the young family demographic; although sales trends indicate a strong shift in this group toward the compact and midsize crossover and SUV offerings. Civic and Accord continue to beat the crossover trend with combined sales expected to approach 700,000 units(more or less) for 2015. As reported earlier in August by Honda-Torque News, dealers are dealing on Civic, something we haven't experienced much of in the past.

With 2016 Civic predicted to arrive in North American showrooms sometime in early October 2015, 9th generation Civic in all trim levels will sell out quickly.

Well, that depends on the buyer. Civic is unquestionably Honda’s answer to a compact car offering that crosses all demographic lines. Looking to the outgoing 2015 EX-L 4 door sedan we discover a rather refined, not so entry level sedan.

Dare we say, 9th Gen Civic is was reasonably quiet and very comfortable, something Civic was not historically known for If we wished for anything from the 10th generation Civic it would be just a wee bit more power. And that of course is the #1 request from Civic owners that we’ve interviewed over the years. Good news, Honda’s listening.

As reported earlier by Honda-Torque News and others, 2016 Honda Civic will feature a new lineup of built in America Earthdream ™ gasoline engines. For the base trim level offerings, a 2.0 liter direct injected i-VTEC 4 cylinder gasoline engine paired to a 6 speed manual transmission or Honda’s exceptional CVT automatic.

A 15% + increase in horsepower is anticipated from the base mill, with a 1.5 Liter turbocharged Earthdream ™ engine employed in a possible Touring variant, and of course the Si sedan and coupe.

Note: Rumor has it that the 10th Gen Si will claim somewhere in the neighborhood of 220+ horsepower off the showroom floor, but it doesn’t stop there.

On the qt: You may anticipate a lighter, more refined Civic presenting world-class passive active safety technology, an expanded palette of exception body and interior trim colors, a much improved center stack and more. 2016 Civic will be the most technically advanced in Honda history

Granted, we’ve all seen the 2016 Civic concept, it’s fantastic! The good news here is that our friends at Honda tell us that the production version should remain true to the concept.

looking to the recent release of the 2016 Honda Accord, and the 2016 Honda Pilot, we note a trend in Honda production, more standard featured safety and convenience, and no increase in base MSRP.

In the wake of the Takata airbag disaster, American Honda Motors has come out swinging as to groundbreaking, benchmark, state of the industry, standard featured tech-driven active safety technology. It’s truly astounding. Yes, and then there’s that 40 +MPG highway thing.

So here’s our prediction for 2016 Civic

We look to a well equipped Civic LX to leave the showroom with a base MSRP of $18,600.
All Civic sedans, coups and Si offerings will be standard equipped with a lesser version of Honda Sensing ™ as experienced in 2016 Honda Pilot.

looking to Civic’s ride and handling: We predict the integration of amplitude reactive dampening in Civic’s suspension, greater sound deadening and frame rigidity as demonstrated in Acura ILX, and the introduction of a Civic Touring or Elite model to the variant lineup.

As to the Si: Honda engineering will further reduce dead weight in moving suspension and brake components, increase the size of rotors and calipers, while offering a selection of machine cut, sound deadening alloy wheels.

In short, 2016 Honda Civic buyers will take delivery of the safest, most technically, powerful and fuel efficient Civic to date. The sedan will be first to hit the streets, with the coupe, Si and a hatchback to follow in late 2016. As to Type-R, Honda’s not saying.

We’ll keep you posted as to developing news as we come into September; an exciting month for Civic fans.

Ian Glez wrote on August 28, 2015 - 11:46am Permalink
I´m seriously thinking on buying a Civic when the 10th generation is available. I want all that the Civic is known for. Reading the rumors that it will come with the new 1.5 liters and as a potential buyer, I would prefer a naturally aspirated engine. My choice will be the best equipped with a naturally aspirated engine, full of hope I wish Honda offers a EXL CVT with a naturally aspirated engine.
Parks McCants wrote on August 30, 2015 - 11:38pm Permalink
I believe the top trims will be turbo charged. We'll no more by the end of September.
John Freud wrote on August 29, 2015 - 11:53am Permalink
The grammar in this article is terrible. I just couldn't finish reading it.
Parks McCants wrote on August 30, 2015 - 11:36pm Permalink
Welcome John Freud. Thanks for your kind critique. Granted, not my best article penned to date, the hazards of writing while on the road. Perhaps you'd take a moment to peruse the 400+ articles offered on the Honda page. I'm confident that you'll discover one or two to your liking. Best wishes. Parks.
rose day wrote on September 21, 2015 - 5:01pm Permalink
Hi Parks, I was under the impression that remarks were to pertain to Civic issues. Just a note commending your class-act response to John Freud's class-less comment.
Stewart Pidashole wrote on September 22, 2015 - 8:49am Permalink
As a current owner of a 9th gen Civic, I wish Honda would ease up on the chrome trim on the new Civic, it makes it looks like an Accord that my father drives. Would also wish Honda would have a "tuner" model like past generations, something like a lightweight, stripped down DX with a top of the line engine and a HFP suspension, rather than the heavy, pimped out auto the SI has become. Adding 300lbs of weight over a base model robs all the gains the higher horsepower engine would offer.
Parks McCants wrote on September 23, 2015 - 12:43am Permalink
Welcome Stewart. Yes, a monochromed performance model would do very well in most makets. I peronally like the minamal chrome trim accents on the 2014-2015 Civic, but can dig where you're comming from. BTW: the 10th generation Civic is lighter than the 9th gen. We'll see where Honda takes the finished product as the coupe and the Si come to market early 2017.