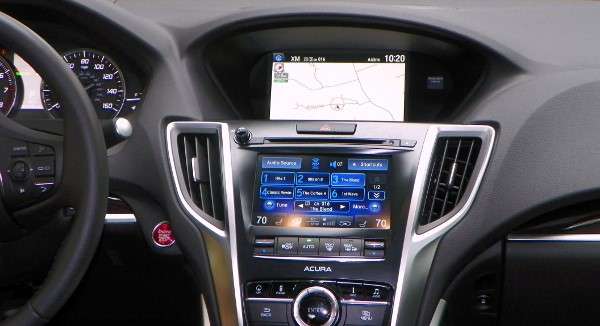 For 2015 Acura ILX is the maker’s second best selling car, second only to TLX. The brand remains in transition as TL and TSX join a not too long list of Acura memorabilia.
Advertisement

Bottom line: With Acura reducing the line by two cars and introducing TLX the brand will not be resurrected to prior segment prominence this year, nor may it be in 2015. True, sustainable transition takes time; in rolls an extensively upgraded ILX.

Acura will introduce at the 2014 Los Angeles Car Show what they refer to a “substantially new” ILX now overshadowed by the best selling TLX. Will scheduled upgrades stage ILX as the next winner in Acura's quest for metric segment dominance?

I will say this: 2015 Acura ILX while not a cutting edge performance metric is a quality built ‘good car,’ it’s not a great car, and that’s what Acura needs to displace Audi A3, BMW 3 series and Mercedes C Class dominance in the segment; a fantastic cutting edge entry level executive compact 4 door with TLX technology and performance attributes.

What will it take to push Acura ILX to the top of class? More!

Acura has driven the consumer anticipation index off the charts with the standard added value packed performance and comfort that’s 2015 TLX. In Fact, they’ve undermined the balance of Acura’s car lineup with TLX.

Now, I personally love the drive and comfort attributes of Acura’s flagship RLX. It’s big and it’s bad baby! Think Cadillac or Lincoln interior comfort crossed with Acura TL performance and Starship technology. I had the pleasure of reviewing the 2015 Acura RLX -Tech while covering Indycar in Sonoma, California. You may read my review here.

At $60,000+ I believe RLX to be a greater value than BMW 7 series. Unfortunately, imports of the made in Japan luxo cruiser are limited and RLX Hybrid Sport is missing in action. With a stated 375 horsepower and class leading fuel economy, Hybrid Sport will push RLX to the top of the luxury performance sedan segment. Acura PR has promised me an extended drive and review as I continue to check my driveway for a 2015 Hybrid Sport, it appears to be missing in action.

Back to the subject at hand: 2015 ILX is a good car, it’s just a bit too similar to a top trim Honda Civic, and doesn’t pass the litmus test for many first time or downsizing Acura enthusiasts as to performance. I’ve driven all variants of ILX and find the standard 150 horsepower 2.0 liter 4 cylinder gasoline engine to be a bit sedated. Coupled to a 5 speed automatic, ILX has a tendency to gear search and high-rev under acceleration. Drive it like grandmother’s Accord and it does fine, put your foot in it and it loses its Acura refinement.

My reader’s would like to see a turbocharged option for ILX, I don’t anticipate that coming for 2015.

While interior ergonomics and quiet surpass German offerings, Acura’s excessive use of hard plastics and fau graphite returns me to reality as I reflect on 2015 Acura TLX test drives of yesterday; that’s where Acura will take ILX for 2016.

2016 Acura ILX will retain 2015 ILX size and flavor while adopting TLX exterior design cues, new engine, transmission, improved braking and handling. As predicted here, I believe that Acura will bump up the horsepower and torque in the base trim model, offer a double clutched 8 speed manual transmission and a 206 horsepower, 180 ft-lb torque 2.4 liter direct injected i-VTEC 4 cylinder gasoline engine as found in 2015 TLX i-4.

JeffS wrote on November 18, 2014 - 10:27am Permalink
Hey there Parks. Test drove a '14 ILX, liked it, 'cept for the sticker when compared to the Civic SI. When doing so, it was kinda hard to justify the difference. Came down to paying too much for the Acura badge. The Civic is a mite more, "Sport" oriented which I like, but that is a relatively easy aftermarket fix for the ILX, if one cares to shell out a few more bucks and really wants the Acura. My guess is that the ILX sells mostly to up and comer professionals who are perfectly happy with the car's dynamics and want that little extra, "Class" afforded by the Acura name plate. I wouldn't guess many tuners are working on ILX's. A little more performance, a bit more refinement is probably just what the Dr. ordered. The big question is where is the NSX and when/is it coming? My guess is it is going to knock the, "Supercar" market off its pin, just like the first one, which was probably the best driver's car I have driven, Nirvana, a Porsche 911 Turbo being the other possibility, (neither owned, sadly, just driven) Be Well.
Michael wrote on November 18, 2014 - 3:17pm Permalink
I leased a 2013 ILX 6 Speed Manual. Best car I have ever owned, and when you are in your 30's the exterior and interior design is what makes you pay a bit more for the Acura over the Honda. I checked them both out, I drove them both and I would not change it. I wish I had kept it, because it appears the STICK is going away. FYI Mr. McCants, its a DUAL CLUTCH AUTOMATIC Transmission, not a double clutch manual.
JeffS wrote on November 18, 2014 - 5:17pm Permalink
Hey Mike, I'm not quite so sure, "Age" has a whole lot to do with it, (let's just say I'm a mite older than 30, 40, 50, I'll stop there) . I think it's more of what one is looking for. If one is looking for an economical, sports oriented scoot about, with the priority being driving dynamics over creature comforts and upscale amenities, the SI is the choice. Not that the ILX is a slouch in that regard, the SI was just my personal favorite when it came to driving, "fun" and that was a primary consideration in my purchase. On the other hand, if one is looking for a bit more, "Mature" ride, with some of the edge taken off and a mite more refined in detail then it's the Acura. Either way, both good choices. Still the 5000.00 plus, or so, premium paid for the ILX 2.4 over the SI is a good chunk of change for the, "Luxury" it buys over the SI. Added content, a bit more refinement will go along way to justify the extra $ spent on the ILX. My take is the SI is a, "Flaming Bargain" in the niche' it plays in and the ILX is a, " Good Buy" against it's competition. Be Well.
Tony wrote on November 20, 2014 - 8:42am Permalink
Is that the new 2016 ILX Tech dash pictured above in this article?? ;)
Tony wrote on November 20, 2014 - 8:43am Permalink
Is that the new 2016 ILX Tech dash pictured above in this article?? ;)
Parks McCants wrote on January 6, 2015 - 8:43pm Permalink
I believe so Tony! Sat in the ILX in Los Angeles. liked it! I'll be driving one January 20...