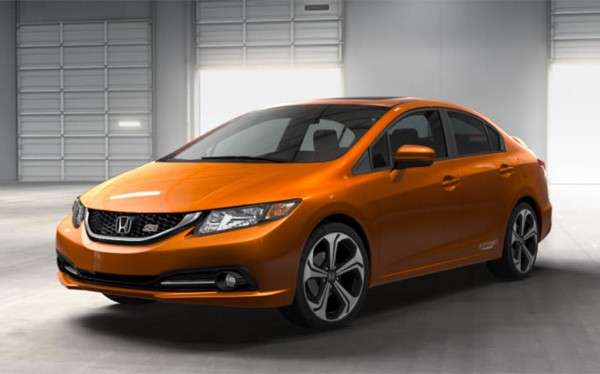 So what’s going on with 2014 Honda Civic sales? We believe we have the answer.
Advertisement

Honda Civic has carried the line for generations with Accord in second position. Accord is now the best selling midsized sedan in North America.Today with a recovering economy we find more young buyers opting for small SUVs, crossovers and entry level premium and performance sedans. Civic doesn't fall into the aforementioned categories.

And then there’s Hyundai, Kia and Toyota, but that’s a story for another day.

Nonetheless, although Civic sales for August 2014 fell 10.6% below 2013 momentum, according to Honda, 30,000+ Civics were sold. Civic remains one of the strongest selling cars in North America, but for how long?

We believe so, but the totally redesigned 2015 Fit has been appointed to that task. For better heeled buyers Honda offers the Accord based Real Time 4 Wheel Drive Crosstour Hatch. Crosstour is damned expensive and large, it’s not a Civic,and that’s it for the Honda line.

Until the Fit based Vezel Crossover( CR-X) makes its much anticipated North American debut, your only other choices from the Honda lineup is the CR-Z Coupe and CR-V SUV. Neither offer the much coveted power and handling characteristics of the European Civic Type R. And despite recent rumors of a circulating petition to bring the Type-R to North America, we haven't seen one.

Our research indicates that Civic’s less than stellar sales for August may be the result of(or a lack of) factory and dealership purchase incentives and comming off of a 10 year historic high sales month for July. We also find the current body style of Civic to be color sensitive and in some trims, a bit too bling. None the less, 2014 Civic in its base LX form, is a very drivable solid personal transportation investment. You may read more about Civic here.

For those wanting a bit more from Civic, we recommend taking a look at the 2014 Civic Si Coupe or Sedan. We enjoy the higher output engine, 6 speed manual and drive-by wire no lag throttle response. With a base MSRP off $22,990 Civic Si is a solid performance value in the sub-compact class.

We don’t see Civic going the way of the Dinosaur anytime soon, but question Honda’s in-line competition strategy and lack of a Civic based North American Hatchback; a variant that’s carried the Civic brand more than once over four decades and remains the favorite body design for serious Honda Tuners.