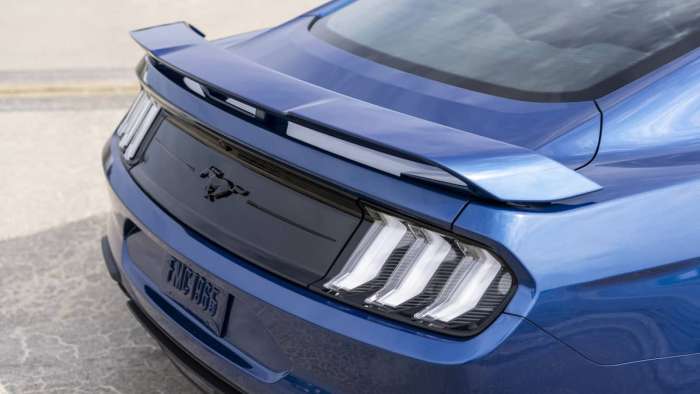 A big hurdle for any automaker looking to rapidly expand their EV ambitions is that they not only have to win over customers but also impress the power players in Wall Street. Ford's recent moves in the EV segment have turned some heads but raised some questions as well.
Advertisement

When Ford revealed that it intended to internally split Ford's EV and ICE operations, it not only clarified CEO Jim Farley's remarks on the matter a few weeks ago but also helped push Ford's stock to its fight highest daily gain in the past 12 months. However, the praise also came with some questions about some of Ford's longer-term goals.

Ford Is On A Roll 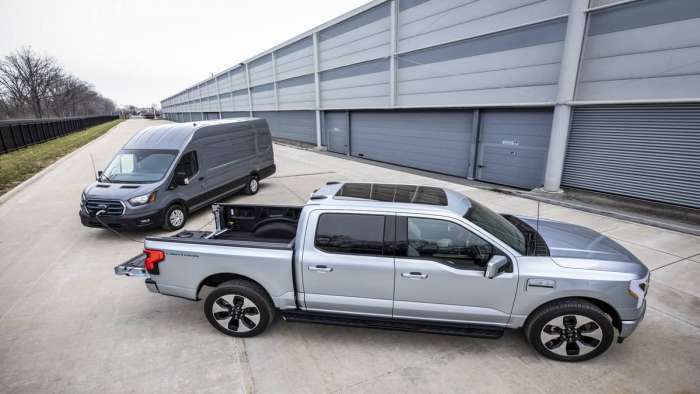 Before we get into some of the concerns that appeared in the report published by CNBC, it's important to point out that Ford has been on a roll when it comes to some of its early moves in the EV segment. The Mustang Mach-E is recording strong sales and it has even benefitted from some recent updates for 2022 that increased range and added some new technology to it too.

Meanwhile, the F-150 Lightning is poised to bring the fight to the Chevrolet Silverado RST as well as the Ram EV pickup. These early product moves have helped Ford shape itself into a strong contender in the EV wars and also provide a solid foundation for future EV offerings including a rumored electrified version of the Ford Explorer that would bring pure electrification to the three-row SUV segment. 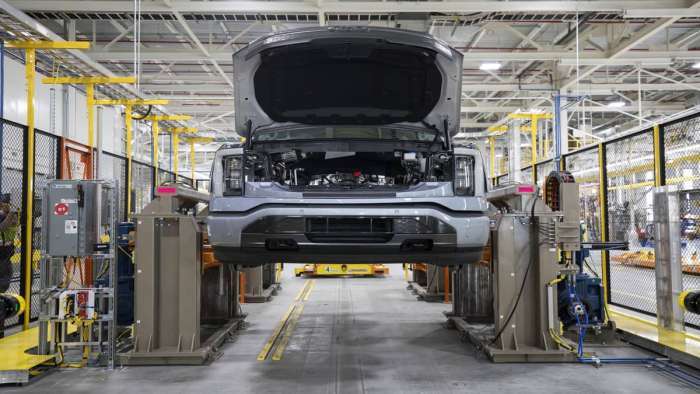 While this slice of Ford's Ford+ plan resonated well with Wall Street analysts, these same people also had some questions and concerns surrounding some of Ford's projections for sales and growth in the EV sector. Ford reps claim that the company is aiming to hit a 10 percent operating margin across its entire corporate footprint by 2026. However, Morgan Stanley analyst Adam Jonas was skeptical of this target claiming that Ford would be unable to secure the materials and resources needed to hit the 2 million EVs a year figure within the timeline that they posted.

Instead, Jonas revealed that he expects Ford to only produce 560,000 EVs and reach a margin of 4 percent by 2026 (a noticeably different figure from what Ford revealed.) There are of course multiple factors in play that could affect this prediction with the company not only having to navigate its way through some of the challenges that come with embracing a BEV future but also issues that are beyond the company's control.

That includes the state of the global energy market with the current war between Ukraine and Russia causing oil prices to skyrocket which would affect Ford's legacy operations more noticeably than the EV side of the business though both would be hit by higher shipping costs due to rising fuel prices.