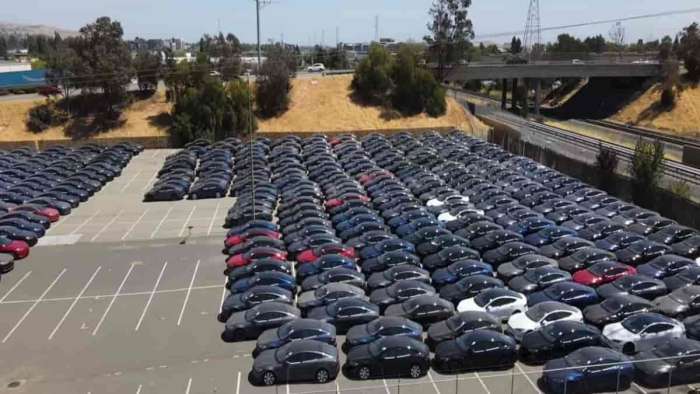 There is a lot of discussion about what Tesla's delivery numbers will be for Q2, 2021. This should be reported by Tesla in early July. Let's take a look at what others are saying about this.
Advertisement

2/ Any $TSLA 2Q delivs print above 200K should be viewed favorably by investors. With est 2Q production of 205K, odds favor another delivery beat this quarter.

Gary Black is one of the most well known Tesla analysts. He focuses on the fundamentals of a company and has been a long-term Tesla supporter. He has a deep knowledge of what makes up a company's valuation and knows what goes into why a stock is priced the way it is. Gary's analysis shows that deliveries for Q2, 2021 are about 201K with a production volume at about 205K. Both would be records for Tesla.

If deliveries meet or exceed this value, he believes it will be favorable for Tesla stock. If Tesla goes under 200K, this could have a negative impact. I've covered Gary Black regarding Tesla's over the air updates and regarding Tesla FUD in China.

James Stephenson is one of my favorite Twitter users because he does deep dives on the data involved in what makes Tesla as a company. From deliveries to quarter by quarter numbers, one of the things he is most famous for is his 69 Twitter Tweet post outlining all the intimate details of Tesla. Here are the main one's I've written about:

James is predicting 218K deliveries for Q2, 2021, which is the highest number I've seen. I'm very curious to see how close this number is to what Tesla reports in the coming days!

JPR007 is another Tesla Twitter user who has been focusing his data on Tesla's international deliveries. Here's one of his latest Tweets about Tesla deliveries in Spain:

- beating its own quarterly record

- and sits well clear of other competitors pic.twitter.com/hPztavavE2

One of the things I've noticed about JPR007's Tweets is that Tesla is surging internationally in European countries. With Giga Berlin coming online soon, this bodes well for present and future Tesla deliveries.

I haven't seen an estimate for Q2, 2021 deliveries from JPR007 yet, but I have posed the question to his Twitter feed and will update here if I get an answer.

Tesla seems to be on pace to deliver over 200K vehicles this quarter (Q2, 2021). I am predicting 209K vehicles delivered. Will Tesla reach this milestone? Will Tesla over-deliver the analyst expectations?