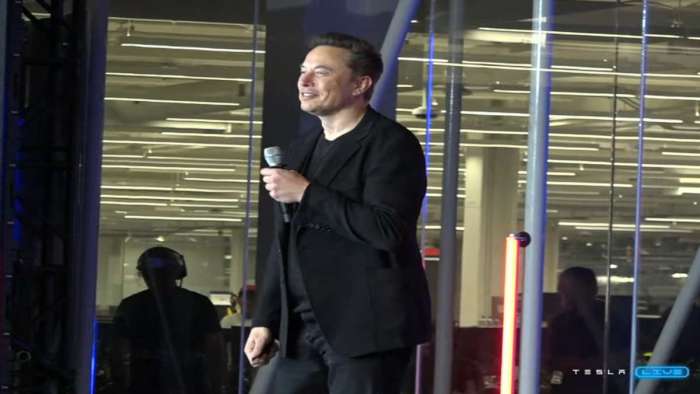 Elon Musk spoke at Tesla's annual shareholder meeting about many things. He says that the hardest thing for other companies to replicate will be Tesla's manufacturing technology.
Advertisement

Tesla has a goal for all factories to be carbon neutral - covering roof tops with solar panels and using AI to reduce energy usage. In new factories, Tesla uses less water than just about any other traditional car maker. Tesla continues to eliminate processes that use extra water and they are capturing rain water.

There was a majority of Tesla shares attending the Tesla share holder meeting. Many different proposals were discussed. Most of these were about Tesla's board, corporate structure, and suggestions for Tesla to be more diverse. This is probably the most boring part of the meeting to me.

The results were already in for the proposals. Dave Lee suggested that they not have this in the meeting next year, since the results are already calculated - basically there is no value in having each group give their 3 minute presentation. After this is the company update by Elon Musk. This part was much more interesting.

Elon's Remarks at the Shareholder Meeting

Elon Musk got on stage and welcomed everyone to Giga Texas. He recounted what has happened over the year and said that the Tesla team is doing amazing work. Elon enjoys working with a super talented group of people that create and manufacture products that make people more happy - that's one of the best things in life he said.

Elon stated that Tesla is aiming for a 2 million vehicle run rate by the end of the year. I actually think this is sand bagging a little, but I can see why Tesla would be conservative, to plan for any unforeseen events. Tesla's team already has a 1.5 million run rate. Tesla also made their 3 millionth car this year.

10 years ago, in August, 2012, Tesla had made 2,500 Tesla Roadsters and a few hundred Model S vehicles. Less than 3,000 cars total. 10 years later, Tesla has made over 3 million. That's a remarkable achievement and growth. There continues to be exponential growth, even 10 years later.

Elon also praised the great teams in California, China, and Germany, as well as the Giga Texas team. Tesla's profitability has just started within the last year or so and means Tesla is producing more cash than they are spending. That means Tesla is becoming self-sustaining and this is a really hard thing. Elon also said that it will only go up from here.

Elon also said, "This year, I swear, that autonomy will be ready." He jokingly said it. He was asked about Tesla FSD v10.13. He said that Tesla has made some pretty significant architectural improvements. It's going to qualify more for 10.69 as a release. He says it's a significant release with a lot of improvements, especially in complex left turns. He said they are going to solve Chuck's left turn. Elon is hopeful that it will be released next week.

Autonomy is run by silicon and cameras, creating a functioning neural net. Elon encouraged anyone talented in the area of AI to come work at Tesla. Millions of lives will be saved with autonomy and driving orders of magnitude safer than a human. Elon said they will have some interesting things to share on AI day in a month.

Tesla has the highest operating margin in the auto industry. Elon says the competition is among all vehicles - including ICE vehicles. EVs are taking shares away from gas cars, not other EVs - at least not right now. Elon is excited to see big car companies embrace electric vehicles.

The Model Y is tracking to be the highest selling vehicle globally by revenue this year and by unit volume next year. Elon also said that Tesla can probably announce another factory location next year. Tesla plans on building around 10 to 12 giga factories.

Tesla is already recycling batteries at Giga Nevada. It's underway and is already happening. You have to wait around 12 years for a Tesla car battery to no longer be useful. Recycling starts off small, but then becomes very significant long term.

Elon Musk says that Master Plan Part 3 is all about scaling. What are all the things needed to transition the world to a fully sustainable economy. He wants to be able to articulate it and says that is is absolutely doable and that it needs to be done as fast as possible.

Tesla also is continuing to improve vehicle construction, seeking to use less and less parts in the construction of the vehicles. Even the Model 3 at Fremont is a big improvement from the Model S at Fremont. The Model Y at Berlin and Texas will use the fewest parts and robots. Elon says the hardest thing to replicate will be Tesla's manufacturing technology.

What did you think of Tesla's shareholder meeting? Will Tesla continue to be the leader in Evs?