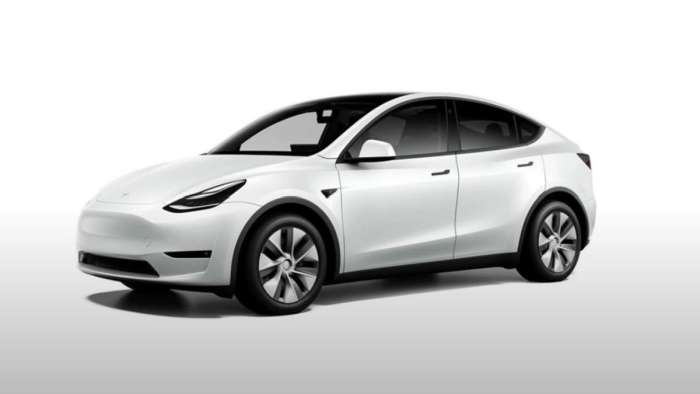 Tesla could have a new Model Y+ coming in 2024, with additional range and possibly unlocking range with 4680 batteries. What will this new Model Y be like? Let's find out.
Advertisement

Tesla will have a new Model Y in 2024 and it is going to be better than what Tesla has now, according to Ryan Shaw. What will the range of this new Model Y vehicle be?

Panasonic is investing a few billion dollars in a second U.S. EV battery factory in Kansas to supply a new high-capacity battery for Tesla, according to various news sources. This is important because Tesla's new Model Y in 2024 is going to have much more range than the Model Y does now, but it will be because of 4680 batteries.

Panasonic is also working to increase battery energy density by a fifth by 2030. This means getting more battery in the same amount of space. If you do some quick math and a 20% increase in range, that would mean a 396 mile range Model Y in 2030, instead of 330 miles of range. But that is 8 years from now. What about 2024?

Recently we wrote about the 4680 batteries and Tesla likely going to have software updates that unlock range from the batteries. Right now, Tesla is cell constrained and vehicles from Giga Texas are mostly being produced with 2170 cells. Eventually, Tesla will have enough 4680 batteries to have that be the primary battery source.

Model Y of the Future

Elon Musk has predicted that the Model Y will be the best selling vehicle in the world in a few years. The Model Y is being built in all 4 major Tesla factories: Fremont, Giga Texas, Giga Berlin, and Giga Shanghai. Tesla has even made test Model Y's at Giga Berlin.

Range unlocks with 4680 batteries could give the Giga Texas Model Y close to 400 miles of range right now, but these batteries are in scarce supply at the moment. It's tough to see when the 4680 batteries will reach large scale mass production, making them more of a luxury item at the moment.

Charging will also improve as Tesla is moving to v3 super chargers soon. A Model Y in 2024 will charge much faster than a Model Y today due to the super charger network, and improvements in the batteries of the Model Y.

I would also expect Tesla to continue to innovate on the Model Y, improving features of it, both in the structure of the car, as well as with over the air software updates. I'd look for a Model Y in 2024 with 2170 batteries to have about 350 miles of range for the long range, and to have a range of 400 miles with 4680 batteries, but that will have to be unlocked with an extra purchase via software.

For more details, see this video by Ryan Shaw: