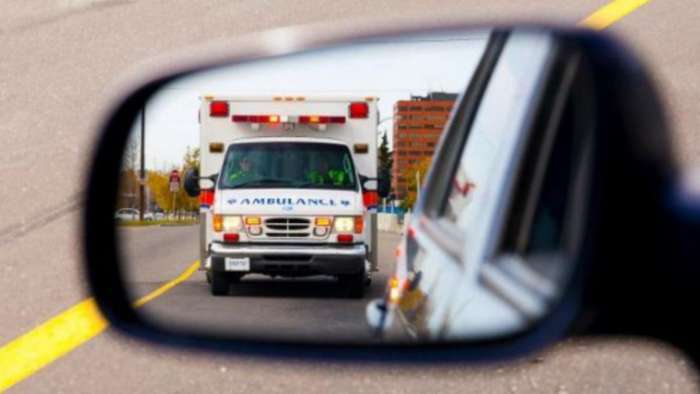 Tesla just released an over the air update that will now allow the autopilot software to recognize emergency vehicles. This will mean a Tesla will stop for police cars and ambulances, and probably a variety of other emergency vehicles.
Advertisement

8,000 injuries result from inattentive drivers crashing into first responders every year, according to a GAO report.

Tesla just released an over the air update that will cause the software to recognize the lights of emergency vehicles at night. This has been one of the things Tesla Autopilot has been in the negative news for a long time and now Tesla is fighting back by providing an update to solve this very problem.

Now, let's be clear - anyone using Tesla Autopilot at any time has explicit instructions to pay attention at all times and to be ready to take over at any moment because the car is not yet autonomous. Therefore, I believe, that most, if not all, of the accidents regarding emergency vehicles and Tesla Autopilot were negligence of the driver.

What is the Update?

"If Model3/ModelY detects lights from an emergency vehicle when using Autosteer at night on a high speed road, the driving speed is automatically reduced and the touchscreen displays a message informing you... (1/3)

"The update is for Model 3 and Model Y vehicles. If one of those vehicles detects lights from an emergency vehicle when using Autosteer at night on a high speed road, the driving speed is automatically reduced and the touchscreen displays a message informing you of the slowdown.

You will also hear a chime and see a reminder to keep your hands on the steering wheel. When the light detections pass by or cease to appear, Autopilot resumes your cruising speed. Alternatively, you may tap the accelerator to resume your cruising speed.

Never depend on Autopilot features to determine the presence of emergency vehicles. Model3/ModelY may not detect lights from emergency vehicles in all situations. Keep your eyes on your driving path and always be prepared to take immediate action."

The fact that Tesla has written software to handle this situation shows that Tesla cares about what is happening and is hearing the complaints of customers and other people regarding this situation. Tesla is still very explicit in stating that the driver must remain attentive at all times and be ready to take over at any moment.

I'm looking forward to more updates in the future where a Tesla vehicle will be able to recognize sirens, lights, vehicle types, and gestures of officers and medical professionals and to be able to react to them appropriately.

Tesla is going to need to recognize gestures, voice commands, and much more that a human would in order to get to level 4 and level 5 autonomy. This is a step in the right direction!

What do you think of this update from Tesla? Is this the right thing to do? Is Tesla doing this to create better safety or for some other reason?

John Goreham wrote on September 27, 2021 - 8:45am Permalink
Is there a link to the manual that this story is based around? And a page number in that manual where this information can be viewed?