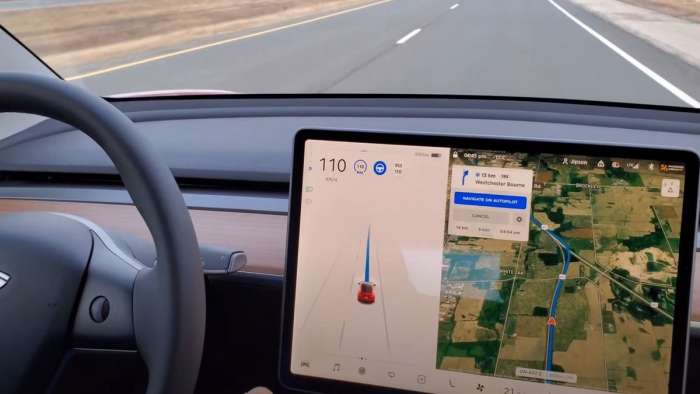 We have news of an investigation by the NHTSA of Tesla Autopilot and 11 crashes that happened from 2018-2021, including 4 from this year, 2021. Let's see what's really going on here.
Advertisement

Let's start with what would need to happen if Tesla needed to make an adjustment to Autopilot. Here's what would happen:

Tesla would do an over the air software update to fix whatever issues the NHTSA deems to need fixed. All Tesla vehicles would get this update and that will be the end of that. There will be no need for a physical recall of Tesla vehicles for any reason.

More likely to happen though is this: the drivers of the Tesla vehicles involved in the crashes will be found to have been negligent or under the influence of alcohol in some way.

If you wanted anymore evidence of the persecution of #Tesla then take 90 seconds to watch this video. The US probe on autopilot is an absolute joke. It's so obvious that there is a corruption here at the highest level...@elonmusk pic.twitter.com/0VxtoQw6Yy

This Tweet by Sam Twits from Twitter mentions 4 crashes in 2021. He goes over the details from the 4 crashes from this year (of the 11 total being investigated). Let's see what the facts about the crashes from 2021 are. I've also included links to the news stories for each individual crash as a reference.

February 21, 2021, 1:15 AM in the morning in Montgomery county. The driver was arrested for suspicion of driving under the influence and intoxicated assault.

Montgomery County is in Texas, I believe and according to abc13.com, the driver was not injured and taken into custody on a DWI charge. Five County deputy constables were injured.

March 21, 2021, 1:10 AM in the morning in Lansing, MI. The driver had a suspended license and the police did not believe the driver was using Tesla Autopilot.

I couldn't find news of this crash online for this date, but did find one on March 17, 2021, at 1:12 AM, according to MLive.com. The crash matches closely what was mentioned.

The only crash at 128 miles per hour in Miami, FL, that I was able to find online was this one, which was reported on February 18, 2019, at wctv.tv where a Tesla driver ran a red light going 128 mph and hitting an SUV, severely injuring 3 people.

July 10th, 2021, 3:09 AM in the morning in San Diego, CA. The driver was arrested for driving under the influence. More information can be found in Times of San Diego News.

These 4 crashes show very reckless driving. Each was late at night, and each were reckless, either driving exceptionally fast, running a red light, or being under the influence. Tesla clearly states that Autopilot is to be used with hands on the wheel and an attentive user who is ready to take over at any moment.

What do you think about the investigation of the Tesla Autopilot crashes? Will Tesla have to do anything in response to these? Are the crashes Tesla's fault or the driver's?

DeanMcManis wrote on August 17, 2021 - 2:58pm Permalink
This is a waste of taxpayer dollars. It shouldn't require any more attention or investigation when a drunk or speeding person crashes in a Tesla (with or without Autopilot), as opposed to the hundreds of similar crashes happening every single day in other vehicles. The only real question is why the NHTSA is REALLY doing these investigations? It is not because the investigation is warranted and legitimate. It is clearly because of pressure by companies that profit off of Tesla getting bad press. Tesla stock short sellers, competitors, oil companies, lawyers, etc..