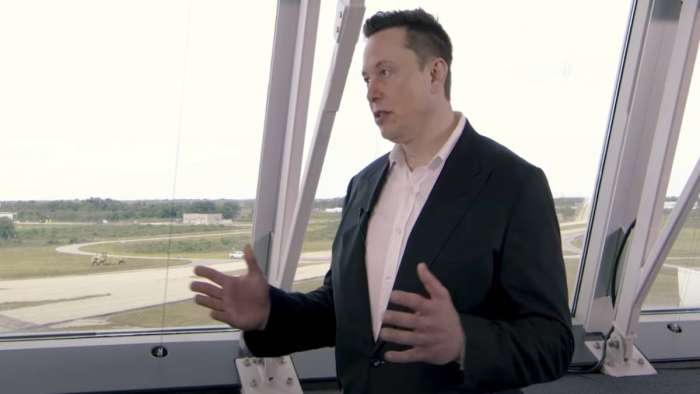 Elon Musk did a recent interview talking about many things. The most interesting things that he talked about, I think, were his hopes and dreams for the future.
Advertisement

These are highlights from a new Elon Musk interview which spans a range of topics, including if we might be able to upload our mind, including personality and memories one day into the Tesla Bot, plus an estimate of the first Tesla Bot prototype, Neuralink, human longevity, and Elon Musk's biggest goals and fears. I will paraphrase Elon Musk's answers, but you can find the full run down of the interview here.

Elon Musk was asked about Putin's invasion of Ukraine:

It's surprising to see something like this in this day and age. I thought we'd moved past such things and had learned from history to do so. If Putin can get away with this, it will send a message to other countries that they can too.

Elon Musk was asked about Starlink:

We think that Starlink might have been needed in the Ukraine, so we took preemptive actions to make sure it could be provided and when the request came, we acted rapidly. Russia jammed or destroyed most of Ukraine's internet connectivity, so without Starlink, Ukraine would have very few connections.

What if others target Starlink satellites:

Elon Musk was asked about his products and services being used strategically in warfare:

I think I can be helpful in conflicts and try to take a set of actions that are most likely to improve the probability that the future will be good. Sometimes I make mistakes, but I take actions for the good of humanity.

Elon Musk was asked about a book "Storm of Steel" about World War 1:

I read a lot of books and am fascinated by war and history in general. This is a good account of World War 1. The lesson of this book is that we don't want to ever do that again. We want to learn the lessons of history and not repeat the mistakes of the past. Nobody reads this book and says I want to do that too.

Elon Musk was asked about Nuclear Power in Germany:

It is very important that Germany will not shut down its nuclear power stations. I think this is extremely crazy. I want to be clear. You should not only shut down Nuclear power plants, but also open the ones that have been shut down. This is especially if you are nowhere near natural disasters like earthquakes and tsunamis.

Elon Musk was asked about the future of energy:

I think long term, most of civilization will get its energy from solar - so you need solar batteries. This is the long term solution. But until then, we need to maintain nuclear. I can't say it enough. It's crazy to shout down nuclear energy right now.

Most people think that the world has too many people. This isn't true. Birth rates are declining. Look at the growth rate last year and see how many kids were born and multiply that by the life expectancy. That's a rough idea of how many people will be alive in the future. Is the trend positive or negative? It's negative.

With respect to AI and robotics, of course, I see things with some trepidation, because I certainly don't want to have anything that could harm humanity, but humanoid robots are happening - look at Boston Dynamics. There is improvement and demonstrations of that every year. Elon Musk said that the Optimus robot will be a general purpose worker droid to do repetitive, boring, or dangerous tasks - work nobody wants to do. This robot will be about the same size, shape, and capability as a human. I also believe we'll have a prototype in 2022 and some production in 2023.

Elon Musk was asked about Neuralink:

Neuralink in the short term is just about solving brain injuries, spinal injuries, etc... Neuralink will be helpful to someone who has lost the use of their arms or legs. This will be its primary use for the first many years. I also think it is possible we could download our human brain capacity into an Optimus robot.

Elon Musk was asked about downloading our personalities into Optimus, the Tesla Bot:

Yes, we could download the things that we believe make ourselves so unique. We'll be in a different body, so that will be different, but for preserving our memories and our personality, I think we could do that.

Elon Musk was asked about the singularity, that Ray Kurzweil predicted:

There is so much we do that is outsourced to technology. Memories are stored as pictures and video in our phones and computers. People can have video calls all around the world. We've amplified ourselves with computers. Things are changing fast.

Elon Musk was asked about Starship to travel around earth:

I think you will be able to use starship to get anywhere in the world in 30 minutes to an hour.

It's a very ancient leadership in the U.S. and it's hard to stay in touch with the age gap. No maximum ages were put when the U.S. was first setup. If you are too young or old, it's difficult to stay in touch.

Elon was asked about a maximum age:

I think for political leadership - within 10 to 20 years of the average population age. For me, to maintain health for a long period of time. But I'm not afraid of dying. I think it would come as a relief.

Elon Musk was asked about his 260 billion net worth:

I do think that Putin is significantly richer than me.

Elon Musk was asked about risk and Tesla and SpaceX:

I thought I would lose everything many times - with a less than 10% chance of success. SpaceX and Tesla have been on the verge of bankruptcy many times. Tesla and SpaceX are fundamental for the future of humanity.

What do you want to achieve the most:

The most important thing right now is full self-driving, then AI, then getting Starship working for making life multiplanetary. Elon Musk also mentioned that nothing is impossible and that the biggest threat to life is population collapse, along with extremism. My biggest hope is also having life thrive on Mars.

What do you think about the questions and answers here with Elon Musk? Will he do more interviews in the future?