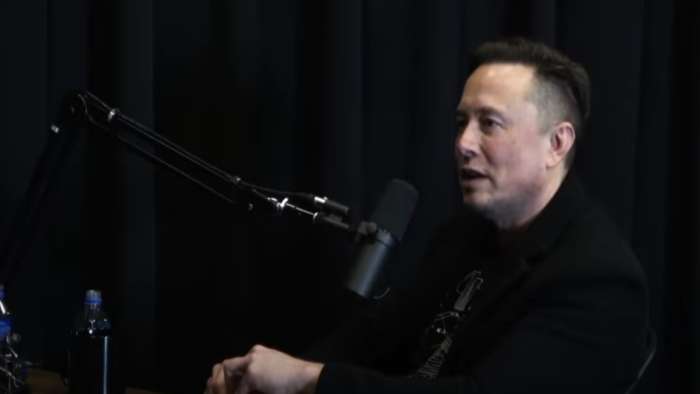 Elon Musk just did a 2 1/2 hour interview with Lex Fridman on his podcast. Elon was in a good mood and had a lot to say to answer Lex's questions.
Advertisement

Elon Musk was on the Lex Fridman podcast for the 3rd time and this was his longest interview with Lex Fridman. There were quite a number of things talked about, let's go over them.

Autopilot and FSD (Full Self-Driving) is Harder Than Expected

Elon Musk stated that the challenge of autopilot and in particular, FSD, has been hard than expected. There is a lot that needs to be simulated and understood by the computer in order for it to do this successfully.

The computer needs to simulate the eyes and biological neural nets.

There is a big challenge going from image space to vector space. I believe this is going from frames of images to videos and 3 dimensional surroundings. That's exponentially harder than 2D.

Vector space needs to be very accurate in all things including objects, position and motion. That means the exact location and velocity of all cars, objects, humans, and animals needs to be understood in order to predict where those objects will go next.

FSD Focus on Efficiency and Latency

Elon Musk stated that Tesla is building and running their own C compiler. C is a programming language. They are doing this to improve speed and reduce costs of their software.

There is a lot of bare metal engineering trying to get the highest frames per second with the least amount of compute power.

Tesla is also tracking the time between photons hitting the camera to steering and braking taking action based on that information.

Eventually, FSD will make impossible James Bond maneuvers - much greater than a human could ever do. Tesla is also going for a generalized solution for the masses that needs to be affordable.

Elon is confident that level 4 FSD will be solved next year. Elon says the rate of disengagement has been dropping rapidly in FSD Beta.

FSD is likely to reach accident rate lower than a human next year. That means FSD will be safer than the average human by next year, according to Elon Musk.

Tesla has to prove to regulators that FSD is at least 2 to 3 times lower probability of injury than a human driving.

There will be a single stack of neural nets to rule them all. This means autopilot and FSD will be combined in the same software code base.

There are many fundamental rewrites in the neural net architecture and vector space along with replacing a lot of C++ code (the heuristics) with neural nets.

There is a need to move the remaining things to surround video. Surround video is having things in 3D vector space instead of 2D images like FSD was in the past.

It's extremely difficult to label surround video. You want to auto-label preassigned labels to surround video with humans double checking the information.

There is a challenge of full stack expertise - not just the computer, dojo, and the neural nets, but it also includes building the labeling teams and auto-labeling technologies.

Work will eventually become optional. This is very profound. Tesla Bot will do jobs humans don't want to do like dangerous or repetitive jobs.

There could eventually be hundreds of millions of Tesla Bots - maybe more than cars. The Tesla Bots need to have real world AI.

There needs to be manufacturing setup for the Tesla Bots with custom motors and sensors for the robots.

Elon thinks there will be a prototype by the end of 2022 (next year). The focus is to make it useful.

Try to be useful.

Contribute more than you consume.

Read a lot of books, digest as much information as you can, and read broadly in many subject areas.

Try a little bit about a lot of things.

Find a combo of what you're inherently good at and what you like doing (synergies across subject areas).

Don't have zero sum mindset - taking from others (-vs- a growth mindset to grow the pie).

These are all great pieces of advice for young people!

These were all interesting parts of the discussion from Elon Musk and Lex Fridman. There was a lot that was discussed, but these were some key highlights for Tesla.

How did you like Elon Musk and Lex Fridman's discussion? Was there anything new you learned?