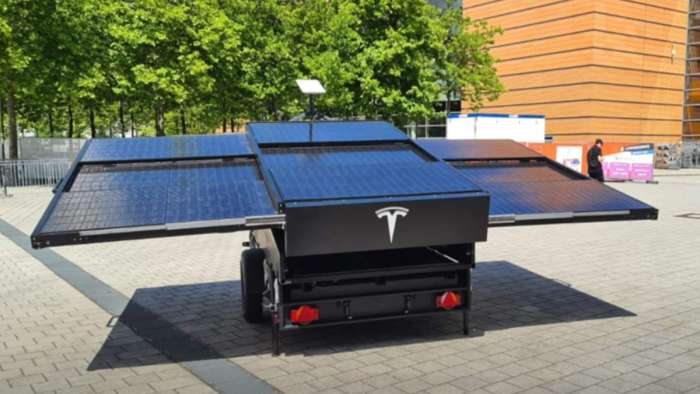 We have news of a new add-on for the Tesla Cybertruck, just revealed, and it looks to be something that will boost the range of the Cybertruck. Let's take a look and see what it is!
Advertisement

We have a video from Tailosive EV that shows one of the coolest Tesla Cybertruck attachments I've ever seen. Apparently, someone at Tesla may have come up with the concept and we'll unveil that now.

Many people would say that it would take forever to charge the Cybertruck and that all of this wouldn't be worth it. Solar does not need to replace charging your vehicle. But it definitely will work as a supplemental energy source. And by having solar panel options, it will satisfy post apocalyptic features and scenarios that people want.

The Tesla Cybertruck and Other Vehicles

Solar panels could be put on a Tesla Model 3 for example and be able to charge the vehicle's air conditioning or center console. That's an example of making a more efficient vehicle.

The Cybertruck is also a large vehicle with a larger surface area with tons of space over the roof. You can put solar cells on the top of the Cybertruck, which could charge the truck. When you park the truck while camping, you could have a solar trailer with wings that come out. It's all about slowing the drain of energy from the Cybertruck.

Tesla may not be able to offer the quad motor Cybertruck right away due to the demand of the 4680 batteries. Or Tesla will have to delay the release of the Cybertruck again... It will be interesting to see what actually happens early next year in 2023.

I have a Tesla Cybertruck on order, but with the way prices are right now, I would expect that the Cybertruck would be around $100,000, even for the dual-motor version... Solar would be a standard option to add on the vehicle and if the solar panels add efficiency, then Tesla can use less batteries to achieve the same amount of range.

Do you think the Tesla Cybertruck will come with solar panels as a standard feature? Will Tesla release the Cybertruck early next year in 2023?

Don wrote on July 6, 2022 - 7:59am Permalink
I hope to live long enough to get and enjoy the cyber truck. This is the first new vehicle I have ordered since 1995. Never thought I'd have to wait years for it, times running out.