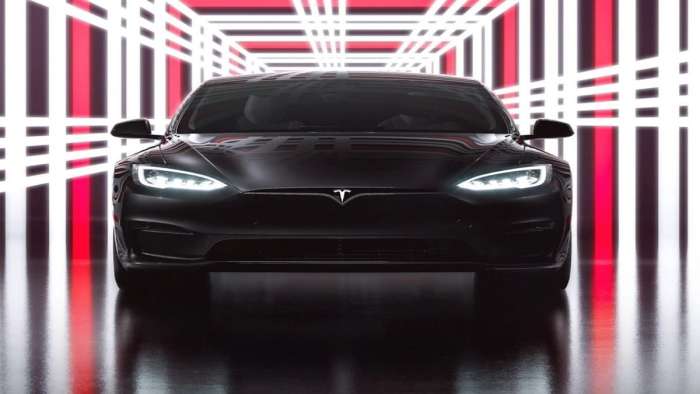 What Could Happen at Tesla's Model S Plaid Event Tonight?

Tesla is having a Model S Plaid event tonight at its Fremont, CA, factory at 7PM PST. There hasn't been a lot of updates on what is going to be shown here besides the Model S Plaid and I believe Tesla has a chance to surprise on the upside.
Advertisement

Here's some things I think Tesla may bring up tonight:

There was a recent patent filed for the Tesla CyberTruck. Some of the highlights of this patent are passenger eye-tracking, multiple driving views, entertainment, facial recognition, and outside of the vehicle information being represented.

Gary Black, on Twitter, has been critical of Tesla and their holding of Bitcoin as a distraction both in the news and as a suppression of the stock price.

$TSLA continues to underperform QQQ and other megacap growth since #BTC stake was disclosed 2/8/2021. TSLA FY’21/FY’22 Street ests actually up 10-12% since 2/8; all underperformance due to P/E compression (L/T growth slowing due to poor capital allocation, new competition, etc). pic.twitter.com/iTYUDkJGuy

No news yet of Tesla selling the Bitcoin and it appears that they still have "diamond hands". Tesla's bitcoin has been a hot topic of discussion on social media.

Elon Musk asked a question a few months ago, asking if Tesla should accept DogeCoin. Some wonder if he will bring up that Tesla is going to accept DogeCoin at the event tonight. Tesla could use its extra cash to buy DogeCoin.

Do you want Tesla to accept Doge?

Much higher range on Plaid

The user, Dave Lee, on Twitter mentioned that one surprise at the event tonight might be a longer range than expected for the Tesla Model S Plaid. We shall see if this is true or not.

Probably much higher range than expected for the Model S Plaid.

Lastly, we know that Tesla has moved to vision only for its full self driving software. Will Tesla give an update about this tonight? I would love Tesla to update when it thinks level 5 full self-driving is going to be ready.